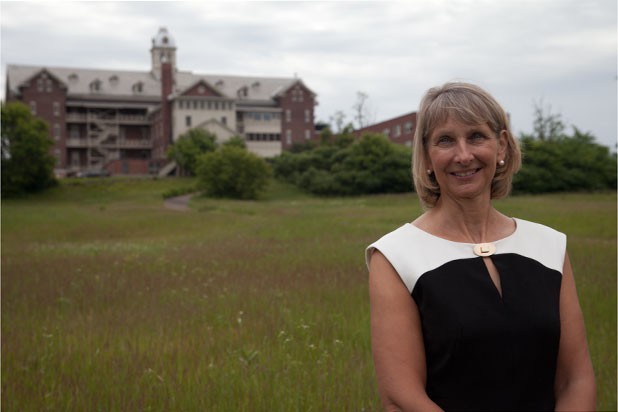 “Grow or die” would be too stark a way to describe the options facing Burlington College, according to president Christine Plunkett. But “we do need to grow,” she conceded in an interview last week.

To achieve that goal, one of the country’s smallest higher-education institutions plans to triple its enrollment and build housing for more than 200 students on the North Avenue property it purchased two years ago from the Roman Catholic Diocese of Burlington for a cool $10 million.

In seeking to grow its student body from 250 to 750 undergraduates during the next 10 years, the college will be sailing into powerful demographic headwinds that have blown away enrollment projections for the University of Vermont, St. Michael’s College and many other higher-education institutions in the Northeast. A shrinking pool of high school graduates, along with intensified competition from colleges offering luxury amenities, is producing student — and tuition — shortfalls at institutions much better endowed than Burlington College.