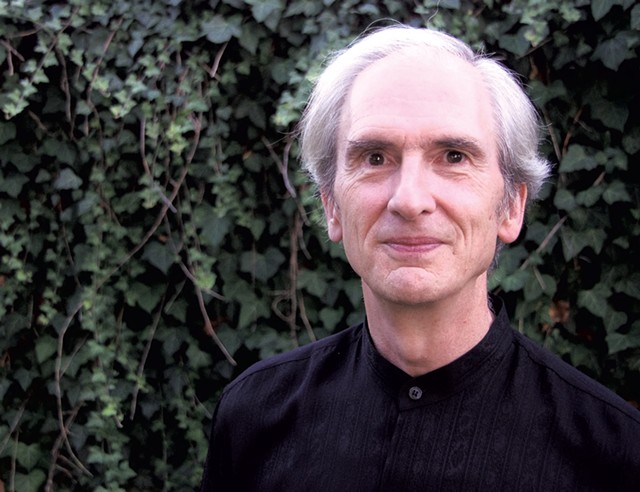 George Frideric Handel wrote some 40 operas in Italian before he began to find his niche as a composer of choral works in English. The turning point came with his dramatic oratorio Alexander's Feast, an instant hit with the English public when it premiered in 1736. It helped that Handel's adopted country — Great Britain — had tired of the fad for Italian opera. And Alexander's Feast wasn't just in English; its libretto was based on "Alexander's Feast, or the Power of Music" by John Dryden, England's best-known 17th-century poet.

Londoners apparently couldn't get enough of Alexander's Feast or its German composer. In 1738, a statue of Handel leaning an elbow on the score was raised in Vauxhall Gardens. The composer revised the piece three times for additional performances, in 1739, 1742 and 1751. Oh, and in the meantime he wrote Messiah, which premiered in 1742.

While the latter work casts a long shadow, Alexander's Feast seems to have gone the way of Handel's operas: rarely performed, and then only by specialists. Fortunately, Burlington possesses an 84-member chorus headed by a director who delights in presenting seldom-heard musical gems. The Burlington Choral Society, under Richard Riley's baton, will sing Alexander's Feast with a chamber orchestra on Saturday, November 18, at the city's College Street Congregational Church.

Said Riley, "I'm tickled that there's no one in the chorus who's ever sung Alexander's Feast, so this is an absolute discovery for all."

At a recent rehearsal at the North Avenue Alliance Church in Burlington, soprano Sarah MacMillan, 45, whispered a few words about her knowledge of the piece between Riley's impassioned directives. "My husband has a recording of it, but I've never sung it. It's pretty obscure," said MacMillan, who has performed with BCS for 13 years.

"I need more theater from the sopranos!" Riley urged from the floor, ending her commentary.

Alexander's Feast tells of Alexander the Great's transformation through music just after he has conquered the Persian city of Persepolis. At a feast intended to celebrate his victory, his court musician, Timotheus, sings and plays his lyre. The music begins to incite roiling emotions in Alexander. At the suggestion of his mistress, Thaïs, he leaps up and burns down the city to avenge his Greek soldiers' deaths.

Luckily, St. Cecilia, the patron saint of musicians, appears to calm everyone down. "Let old Timotheus yield the prize," sings the chorus; the Christian saint, and the "harmony and love" she represents, win the musical day.

What the story lacks in logic, the score makes up for in drama. "At first, it's party music. Then it gets more and more militaristic as Alexander gets ready to do things that are scary as hell," Riley said. "But St. Cecilia shows up, bless her soul."

Part of the oratorio's appeal for the artistic director is its resonance with current events. "Alexander's volatile response to conflict" is "eerily contemporary," he noted.

In other ways, Alexander's Feast is far from contemporary. The enthusiastically hailed 1736 premiere lasted some three hours, buttressed by three concertos that Handel had inserted to render it an acceptable length. BCS will perform only one of those concertos, featuring Elizabeth Metcalfe on harpsichord with 20 members of the Vermont Symphony Orchestra. The BCS performance will last less than two hours.

Ann Curran is a BCS board member who has sung alto with the group for 19 years. She said that Riley, who took over from former artistic director-conductor David Neiweem in 2014, "looks for pieces that may not have been performed in the community, or not for a long time." These have included a program of Estonian music that will be followed this spring by one of Latvian music. Riley has also conducted Benjamin Britten's Saint Nicolas, François-Joseph Gossec's Grande Messe des Morts and the relatively less obscure Handel oratorio Solomon.

Alexander's Feast appeals to Curran for its drama. "And Dick encourages us to be dramatic," she said. "As an alto, I like the fact that there's a drinking song we get to sing with the tenors and basses. It invites slightly inebriated singing; we'll probably ham it up a bit."

It sounds like a rousing way to knock a Baroque-era work off your live-performance bucket list — even if you just learned it belonged there.