Burlington Asked for Ideas to Improve the Waterfront; It Got Gondolas, Botanical Gardens and a New High School 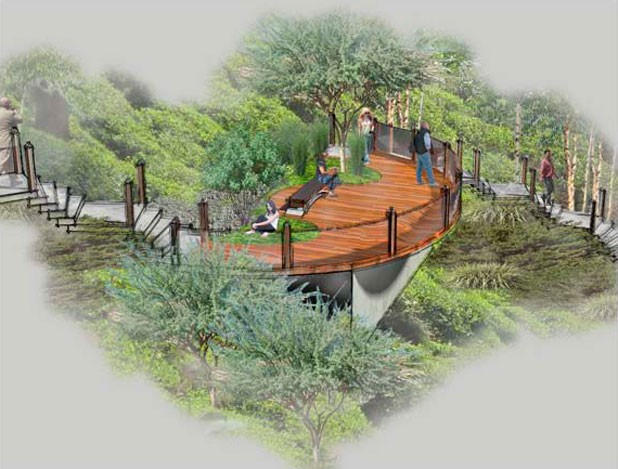 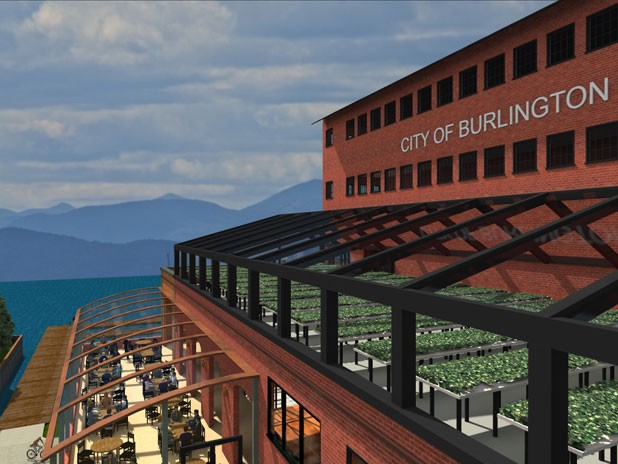 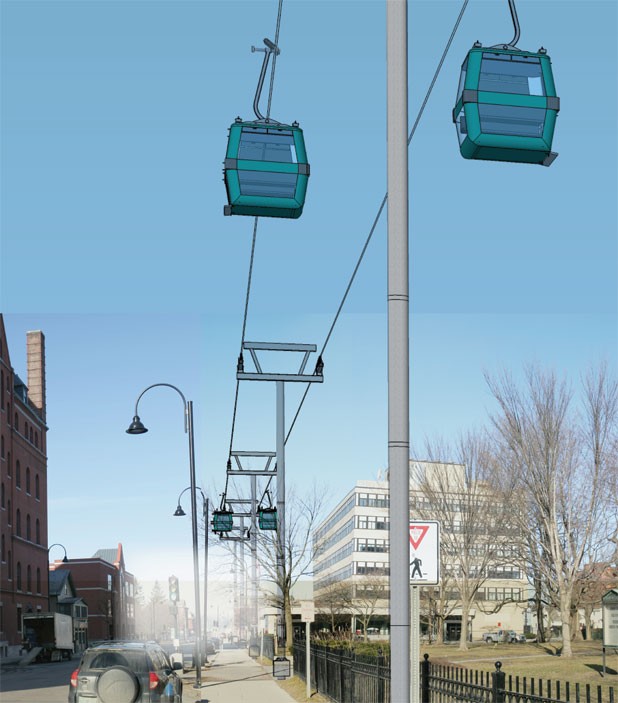 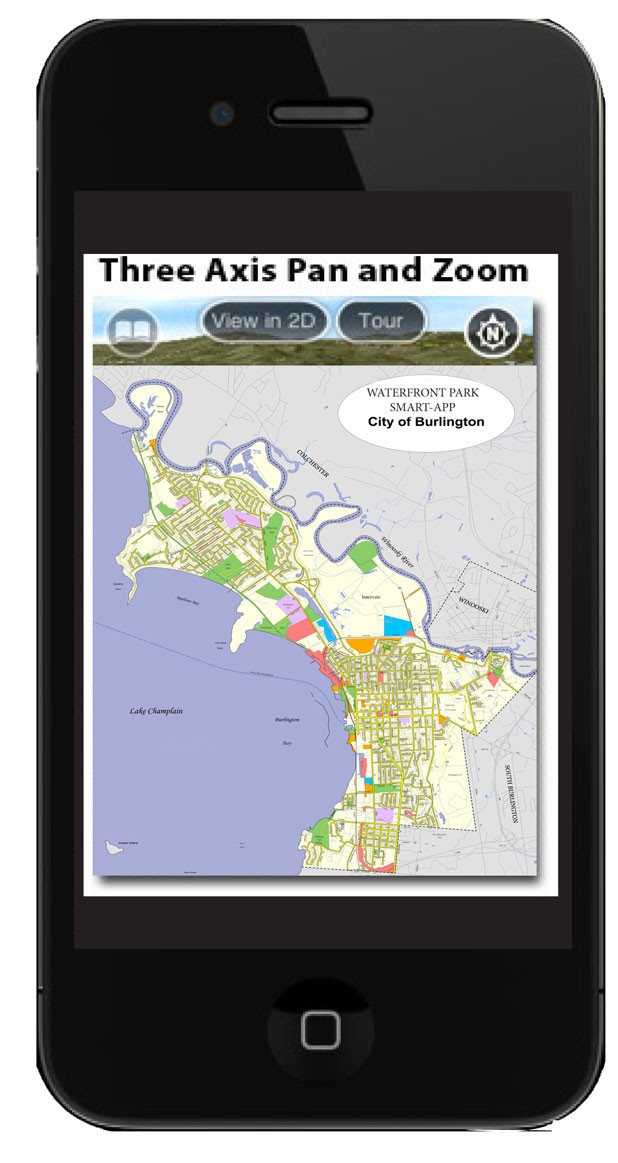 An app that delves into the history, science, economics, ecology, culture and recreation of Waterfront Park

Burlington city official Nate Wildfire was worried on the morning of April 5. It was deadline day for submitting waterfront development concepts to the city as part of a public solicitation, but only a couple of entries had come in.

By day’s end, however, a torrent of PDFs had cascaded into Wildfire’s inbox in Burlington’s Community and Economic Development Office, where he works as assistant director of economic development. A total of 50 proposals — some visionary, others pragmatic — were submitted at the 11th hour.

Burlington’s creative energies had kicked in, just as CEDO had expected — or hoped — they would. Those waterfront visions will be on display for public viewing and comment on May 7 and 8 at the Fletcher Free Library.

Mayor Miro Weinberger’s administration solicited the waterfront proposals, in part to revive interest in redeveloping the Moran Plant, the former lakeside power station that has become a symbol of the Queen City’s development dysfunction. Pending voter approval, a winnowed set of proposals for waterfront projects, which may include a plan for Moran, could receive a total of $5 million in tax-increment financing. Most of the concepts make reference to additional sources of funding, as well.

A few of the proposals to be displayed in the library stand out for their boldness. Burlington architect Frank Guillot wants to build a new Burlington High School and parking lot — accessible by a new road from North Avenue — on the 40-acre Urban Reserve north of the Moran Plant. The $40 million project, which lists BHS principal Amy Mellencamp and a few other local notables as collaborators, would be financed by private development of 1000 residential units on the high school’s current site.

Sound like a stretch? Guillot notes in his concept synopsis that the 50-year-old school needs renovations to the tune of $15 million. And even if all that work were done, BHS would still be an antiquated facility. Guillot imagines a waterfront BHS as a modern, “energy-neutral” educational institution that would be “a source of inspiration.”

No less ambitious is Duncan Adamson’s idea of constructing an urban gondola linking the waterfront to the Church Street Marketplace. Adamson, a vice president of the South Burlington measurement-equipment firm Instrumart, envisions delighted tourists and proud locals making a scenic airborne journey above Main, College or Pearl streets. For now, the gondola is no more than a rough sketch awaiting engineering studies that, Adamson says, should specify costs more precisely than the $5 million to $20 million figure offered in his outline.

In a similar vein, two city officials — one at public works, the other at parks and recreation — have proposed building a cable car in addition to a curving stairway to give Old North Enders easier access to the waterfront. At the top of Depot Street, an arch would be constructed to designate the neighborhood as a gateway to Lake Champlain.

Kyle Clark, an engineer with South Burlington-based Dynapower, has a different idea for the steep slope between Battery and Lake streets, one sure to intrigue Burlington’s many foodies: an edible botanical garden. Noting that the city lacks a botanical garden, Clark wants to create a tourist-attracting edible version at “scalable” costs ranging from $200,000 to $5 million.

Food and drink are also the themes for one of the half dozen or so proposals that dare to imagine new uses for the vexing — possibly cursed — Moran Plant. The Farmhouse Group and Zero Gravity Craft Brewery foresee a mix of businesses and nonprofits growing food, making beer and serving both in the former electric plant, which would also generate its own renewable energy. The price tag for “Moran Ecological”: $18 million.

That concept was actually hatched by a pair of seniors at the University of Vermont, Tad Cooke and Erick Crockenberg, who together self-designed a major in food and energy. “The project will use brewing wastes to generate enough electricity and heat for Moran and a Community Sailing Center building, if one gets built next door,” Cooke explains. “Plus, there’ll be enough excess to pump power back into the Burlington Electric grid.”

About $3.6 million of the sum needed to make Moran Ecological a reality would come from the $5 million waterfront tax-increment financing (TIF) program that’s the genesis of the “public investment action plan” launched by Weinberger last year. Using a TIF, cities and towns can borrow against future tax revenues from private development to pay for sewers, roads and other public infrastructure in a designated district — in this case the Burlington waterfront. A second TIF district encompasses the city’s downtown, where $10 million in infrastructure projects will likely undergo an envisioning process similar to what’s occurring now in regard to the waterfront.

These two TIF-related initiatives are separate from, but similar to, Plan BTV. That city undertaking has sought to gauge public support for — and obstacles to — “in-fill” development downtown and on the waterfront. Plan BTV, now in final draft form, is supposed to culminate in an overhaul of city zoning and development regulations.

After next week’s public showing of proposed waterfront TIF projects at the library, a committee comprising an urban planner, a housing advocate, a commercial developer, a geography professor and an architect will narrow the number of potential projects down to roughly half. In the fall, the city council and Weinberger administration officials will pick a slate of finalists to put before voters on Town Meeting Day in 2014. If voters approve, some waterfront projects could get under way about 15 months from now.

The possibilities are broad and eclectic.

Scientist and financier Michael Metz is the point man for a project he calls “Electric Works” that would turn Moran into a hub of small-scale manufacturing powered by the “maker movement.” The concept synopsis says makers work at “the intersection of technology, engineering, art and innovation.” Backing the project are the heads of two city agencies — CEDO and Burlington City Arts — and techies at IBM and Champlain College.

Two other Moran plans call for converting the derelict structure into an art museum — one housing a collection of modern and contemporary works of unspecified origin and another gathering the State of Vermont’s vast art collection under one roof.

Several of the waterfront proposals are more modest and practical in their focus on pipes, wires, boardwalks, stairways, fountains, breakwaters, marinas, boatyards and parking facilities — for both cars and bikes.

Through one such infrastructure enhancement, architect Arthur Chukhman proposes to incorporate storm-water pipes and filter ponds into stairways and/or gondola towers leading to and from the waterfront.

The “Signs of the Times” project, led by Ken Mills of Terra-logic Landscape Architecture, would digitize the entire waterfront, with smartphones giving access to all sorts of historical and environmental information.

And then there’s investor Charlie Tipper’s idea of preserving Moran as a “functional ruins,” with a basement eatery dubbed “Dungeon.”

Not represented among the 50 submitted concepts: a proposal to tear Moran down. Wildfire says that does remain an option, though he notes that even demolition would require some serious money.