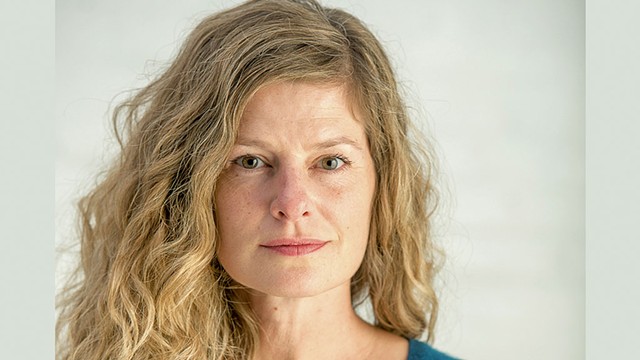 In 2017, Elizabeth Shackelford did what everyone has dreamed of doing at one time or another: She told her boss to take this job and shove it. As it happened, she worked for one of the most powerful men in America: then-U.S. secretary of state Rex Tillerson. So when the decorated diplomat quit, she caused a bit of a stir.

In her resignation letter to Tillerson, which went viral, Shackelford excoriated the secretary and Donald Trump's administration for their failure to "demonstrate a commitment to promoting and defending human rights and democracy." She lamented what she described as the "marginalization" and "gutting" of the U.S. Department of State and urged Tillerson to "stem the bleeding" by "showing leadership and commitment to our people, our mission, and our mandate as the foreign policy arm of the United States.

"If you are unable to do so effectively within this Administration," she wrote, "I humbly recommend you follow me out the door."

In her new book, The Dissent Channel: American Diplomacy in a Dishonest Age, Shackelford reveals that the problems plaguing the state department under Trump are hardly new. Through vivid personal stories of her 2013 experiences in South Sudan, she depicts a government agency in startling disarray. Her keen and empathetic eye brings into sharp relief the disastrous consequences of derelict foreign policy against the brutal backdrop of a fledgling, war-torn country.

On Wednesday, September 23, Shackelford will be a featured speaker at the Engage the World 2020 virtual conference, presented by the Vermont Council on World Affairs. Seven Days spoke with her by phone from her home in Rochester, Vt.

SEVEN DAYS: There's a surprising amount of humor in the book, and a lot of personality comes through in your writing. Given the dire subject matter, how did you strike that balance? 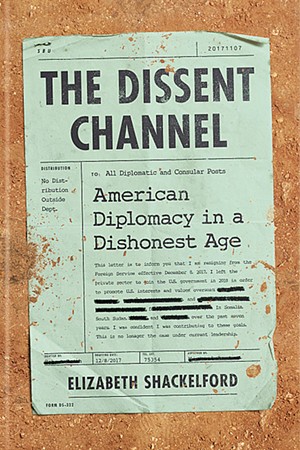 ELIZABETH SHACKELFORD: You kind of get used to it, being posted in places where serious, dire things are happening. You have to let humor come in in places, or you'll really just lose your mind.

From the start I wanted the book to be something that was readable and interesting for a broad audience. You can write 300 pages easily on the horrific things that were happening in South Sudan, but it wouldn't do a lot of good if you can't really paint the picture and pull people in.

SD: What attracted you to South Sudan?

ES: I really was looking for a challenge and for a place where U.S. foreign policy could really make a difference. South Sudan seemed to offer this opportunity for really wielding our foreign policy and development tools to a really positive end in a country that's seen a lot of violence. But it turned out a little differently.

SD: A lot of people will probably be drawn to the Trump angle, and it's easy to point to policy under President Trump, or lack thereof. But your book makes the case that this [problem] was systemic long before he took office.

ES: I feel strongly that just addressing the failings and misguided approach of the Trump administration is not gonna get us back to a positive foreign policy, because the trajectory of it has been off for a very long time. I didn't resign under the Obama administration because I felt that at least the underlying goals that the state department had were still the ones that our leadership was pushing for.

The difference under the Trump administration is that those goals changed. Even the state department mission statement changed. But I do think it's important to explain, particularly now, [that] going back to the status quo before 2016 is not going to be enough to improve the efficacy of the U.S.'s role in the world.

SD: What are some of the things that you think would help move U.S. foreign policy back in the right direction?

ES: A huge part of it is shifting back to a civilian focus. The military has been taking the lead on our foreign policy for two decades now. You can tell that from budgeting alone. The state department and USAID funding combined is less than Lockheed Martin's annual budget from the U.S. government — or roughly on par. But it's also the position of civilian leadership at the table. The White House is still very driven by military weight.

"Every day you ask yourself: 'Am I able to do more good by staying than going?'" Elizabeth Shackelford tweet this

The politicization of our foreign policy has also become a problem. Presidential administrations work on, at best, a four-year vision. And the state department, with every administration, is staffed more and more by political appointees who are aligned with that same timeline. So reducing the number of political appointees and putting more influence and control back in the hands of career foreign affairs professionals would be a big step.

SD: I've heard from people in the state department that when Trump was elected, a lot of people were asking themselves if they should abandon ship or stay on, because they felt like they were the only sane people left. Did you experience that type of quandary?

ES: Every day. On the day of the election, I was in Mogadishu, and we were having the first election watch party in Mogadishu in 25 years. This is a big soft-power tool that we use: We use our own democracy as a centerpiece to demonstrate how democracy works, a peaceful change of power. But you're a civil servant, you're apolitical and you keep a straight face.

But throughout the year, as things continued to happen that seemed to undermine what we were doing in Somalia, where I was based at the time, and what we thought was in the best interest of our foreign policy there, every day you ask yourself: "Am I able to do more good by staying than going?"