Broken Records? Vermont Takes Its First Steps in the Direction of "Open Data" 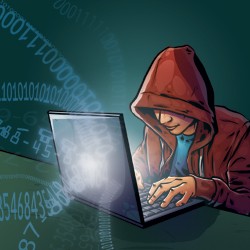 The latest buzz phrase in the tech community — “open data” — is moving from concept to reality as Vermont officials draw back the curtain on public information. It’s an idea that’s simple in theory but somewhat complicated in execution: Take government data, put it online, and let citizens and so-called civic hackers look at the books.

Bigger cities, states and federal agencies are already making the leap. Both the city of Burlington and the Vermont state government signed contracts earlier this month with the Seattle-based cloud software company Socrata to pilot open-data projects.

For $12,000, Socrata will help the state create an open-data portal featuring 10 “data sets,” including some financial information about state employee salaries and vendor payments that is already available online.

Burlington’s $9000 contract — paid for in part by a $4000 grant from Microsoft — will cover 20 data sets for the city’s new data hub, including information on budgets, public works and crime.

Putting records online, and making them easily searchable, is an obvious step in the direction of greater government transparency. But what happens next is the part that has Vermont programmers hatching new ideas. The hope is that, armed with data, developers and entrepreneurs can make cities and governments run better.

Take New York City. The city outfitted its buses with GPS systems, then broadcast those locations in real time. Developers dreamed up applications to plot bus locations on maps or count down the minutes to a vehicle’s arrival at a certain stop.

In San Francisco, one coder used the city’s database of handicap-accessible parking spaces to create a website that generates driving directions for individuals with disabilities.

And in London, developers mashed together property data with commuter information to create the “Where Can I Live?” map. The site allows users to search for affordable housing within a certain commute time to an underground Tube station.

But the open data concept is about more than just “sexy apps.” That’s according to open-data cheerleader John Cohn, the self-described mad scientist, senior IBM employee, and fixture in Vermont’s maker and hacker movements. While Cohn says hackathons — which have long been the headline makers of civic hacking — provide an important opportunity to play, he’s skeptical that much lasting work gets done over pizzas and beers.

“I just want to make sure that we don’t confuse flash for substance,” says Cohn.

Open data are public information, technically, but getting hold of them in Vermont today often means wading into the tiresome, confusing world of public-records requests. And what those requests yield is often just a snapshot in time, not a dynamic database that can be regularly checked, updated or manipulated by developers.

But throwing open access to government data is a daunting prospect — particularly in a place where some state agencies still run on so-called “legacy systems” programmed decades ago. Many of those stone-age IT systems don’t talk to each other, let alone generate data that are easily accessed and consumed by the public.

“Most of those systems were created at a point when computers weren’t really expected to communicate with one another,” says Harry Bell, Vermont’s director of web services.

Civic hacker Nick Floersch, who works as a GIS and web application developer for Stone Environmental, is sympathetic toward longtime state employees juggling these vintage IT systems. “I understand where all of that lack of momentum is coming from,” he says. “At the same time, we need to get going.”

Floersch attended an open-data summit last week in Montpelier. He was part of a group that was disappointed to learn the state’s contract with Socrata would cover only 10 data sets — a number that he emphatically says seems “incredibly limited,” especially considering the $12,000 price tag.

And it’s not just the small scope of the pilot that has some worried. Programmer Keith Vance says he’s unconvinced state employees are truly motivated to embrace open data as an ethos. Vance is a former journalist with the Barre-Montpelier Times Argus and now works for the Vermont Information Consortium, which is under contract with the state to build government web applications. He says his years as a reporter taught him that Vermont officials are generally ambivalent about transparency.

“They don’t really seem to want to do it, and even if they did want to do it, they don’t seem like they can do it,” says Vance. “The speed at which things change here in Vermont is slow.”

Vance wants to see a top-down, fully funded mandate from the governor and state lawmakers that would prioritize the effort. To complaints that such a rapid overhaul would be expensive and time-consuming, Vance retorts, “Who cares? A lot of things we do cost money and are hard to do. We can’t have the criteria that anything the government does be free and easy.”

You could also argue that putting more information online, though initially difficult, could save money and resources in the long run. The current method for obtaining government data requires citizens and journalists to file formal public-records requests, which government employees fulfill by manually combing through data — a time-consuming process that diverts state workers from other important tasks. Online access would eliminate that problem. And programmers point out that open-data practices can be built into any new IT systems that are replacing old ones.

“Once the system is essentially open for data sharing like this, the major work is behind you,” says Bill Morris, a Burlington-based cartographer and geospatial consultant.

Another potential problem facing the open-data revolution: privacy. Just because information is technically public under Vermont’s open-records laws doesn’t mean individuals are happy to see it shared more broadly. At the October 8 summit, an employee from the Agency of Agriculture alluded to the “political cost” of pursuing open data, noting, for example, that some Vermonters balk at the idea of farm information being posted online.

“There’s a strong privacy lobby in this state,” she said.

Floersch understands that some individuals might be uncomfortable with publicizing certain data sets. He requested a copy of the grand list from the town of Richmond, where he lives, to use in an application he’s developing for disaster preparedness. His town clerk readily handed over the information, but Floersch says that some hackers would rather click a link to download data than make a phone call or visit a town office.

His hope is to build a tool that the town can use if another major flood or tropical storm sweeps through the region. Contact information for homeowners — and just being able “to verify who lives where” — could be incredibly helpful in an emergency, Floersch says. But what about privacy?

“It is public information,” says Floersch. “It’s out there. To me, if the public wants to change it, then they need to vote to change that.”

But most developers aren’t dwelling on the potential pitfalls of open data. Far from it: They claim that Vermont might be in the ideal position to make the shift. Government here, says civic hacker Bradley Holt, functions on a “human scale.” The result?

“We are more collaborative when it comes to government than we are adversarial,” says Holt, who runs the civic hacking group Code for BTV.

Morris agrees. Vermont may never hit the 1100 data sets that New York City is currently publishing, but, then again, it may not need to.

“I think our small status is actually helpful in this case,” says Morris. “We maybe have a little bit less to disseminate and perhaps a bit more proportional skill to do it.”