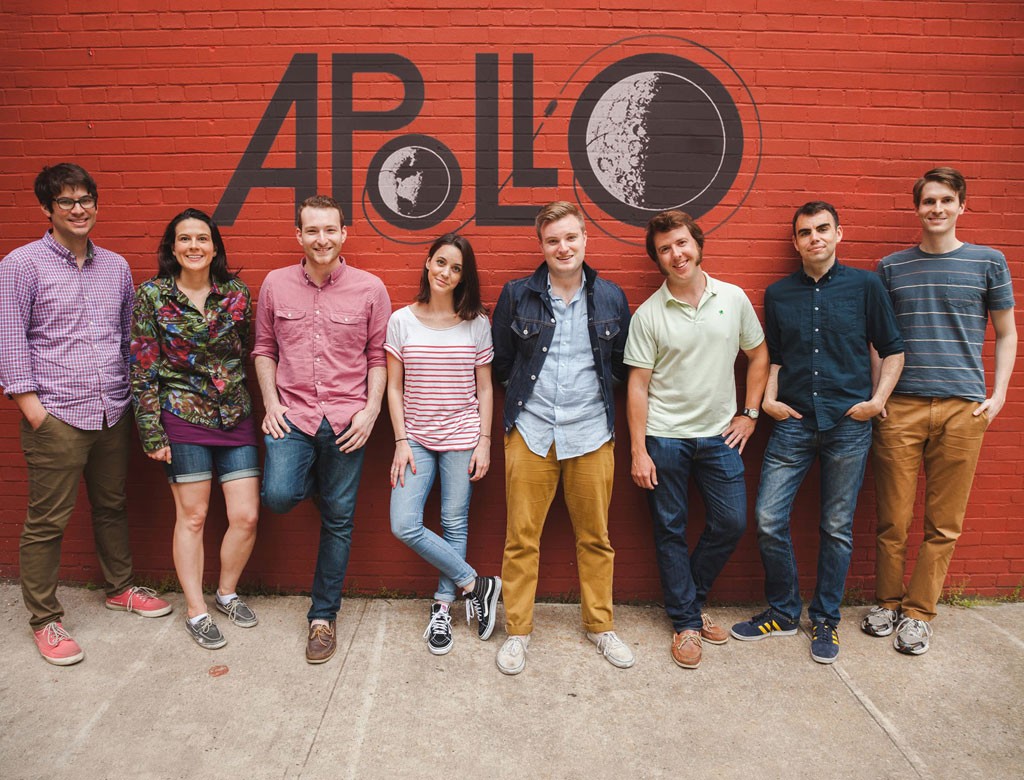 Now entering its seventh year, the annual Green Mountain Comedy Festival is better than ever. But with 30 shows and more than 100 improv, sketch and standup comedians of local, regional and national renown performing, sorting out the five-day laugh riot is a tall order. Where to begin?

To help make sense of it all, we polled a few of our local comic pals for insight on some of the highlights of this year's GMCF, which runs from Wednesday, May 20, through Sunday, May 24. Visit greenmountaincomedy.com for the full slate of shows.

The festival's marquee kickoff show features the top five comics from the most recent Vermont's Funniest Comedian contest. These include runners-up Bitsy Biron, Kendall Farrell, Mike Thomas and Kyle Gagnon, as well as the reigning champ, Grant Robin. Each of these folks would be worth the price of admission. One comic we talked to called Biron "secretly the funniest comedian in Burlington."

Since you live in Vermont and probably have a VPR Euro sticker on the back of your Subaru, we're gonna go out on a limb and guess you enjoy "The Moth." In that case, you'll dig this similarly styled showcase that features award-winning local storytellers offering up personal anecdotes off the cuff. It's not strictly comedy, but it will definitely be funny.

A three-time finalist in the Vermont's Funniest Comedian contest and a former winner of the Higher Ground Comedy Battle, Kyle Gagnon is among Vermont's most accomplished — and most hilarious — comedians. He's debuting his first hourlong set. Vermont expat Carmen Lagala opens. (Click here for more on Gagnon.)

Before the local standup scene exploded, there were the Vermont Comedy Divas. Founded by Vermont comedy godmother Josie Leavitt, this troupe is a cornerstone of local standup and features some of the state's funniest women, including Leavitt, Sue Schmidt, Tracie Spencer, Autumn Spencer and Hillary Boone.

Taylor Scribner is one of our favorite local comics, largely because there is no one else quite like him. Scribner's comedy is weird and certainly not for everyone. But that's precisely what makes him so unique and funny. He'll be doing his one-man show, the aptly titled "Island of the Misfit Boy." Joining him are fellow offbeat comics Grant Robin and Carl Cashman. Sean Hunter Williams hosts.

Apollo is one of New York City's premier long-form improv-comedy groups, whose members have appeared on or written for MTV, the Onion and McSweeney's. Their shows are completely improvised, which means each performance is entirely unpredictable and one-of-a-kind.

The iSpy Improv Show is a GMCF staple, featuring both local and nonlocal improv talent. It's also one of our personal favorites, since the improvised bits are all based on Seven Days' I Spy personals ads.

This showcase features some of the finest comics ever to call Vermont home ... who then left. It includes funny expats Sam Pelletier, James Huessy, Aaron Black and Casey James Salengo, all of whom have pursued comedy careers away from home. Carmen Lagala, now based in Brooklyn, hosts.

Alingon Mitra and Aparna Nancherla are two of the most rapidly rising stars in standup comedy. Mitra has won the Boston Comedy Festival and Funniest Comic in New England contests and was dubbed one of the New Faces of Comedy at the 2014 Just for Laughs Festival in Montréal. Nancherla is no slouch herself. She was a writer on "Totally Biased With W. Kamau Bell" and has graced scads of "best of" comedy-related lists from the likes of Vulture, TIME magazine, Jezebel and LA Weekly.

It Pays the Bills...

The Vermont Comedy Club's Main Stage troupe will riff off the cuff about your crappy day job. They begin by asking an audience member about his or her 9-to-5 and then craft scenes based on the interview. Life meets art. Hilarity ensues.

RIYL: Upright Citizens Brigade, "The Office," "Whose Line Is It Anyway?"

On the Spot: Spontaneous Standup

Improv and standup collide at this late-night showcase. Courageous/foolish standup comedians are given a prompt based on a strange phrase they've never heard and then have to come up with a routine, well, on the spot. It's both hilarious and harrowing.

The former "The Daily Show With Jon Stewart" correspondent is the biggest name at this year's festival, following Tig Notaro and Todd Barry as previous GMCF headliners. Cenac is hilarious, and you'd probably just rather hear from him. So check out our interview.