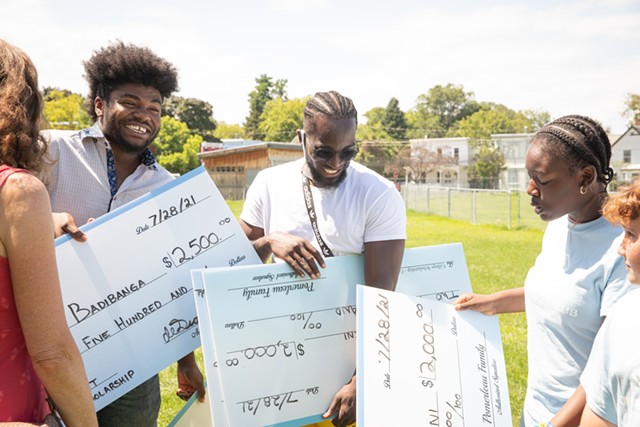 Cheers and claps erupted from Burlington's Roosevelt Park on the afternoon of July 28 as 47 young adults were awarded a collective $107,000 in college scholarships.  Students, who ranged in age from 18 to 24, each received at least $2,000 during the Boys & Girls Club of Burlington’s 8th annual Early Promise Scholarship presentation.  The money came primarily from the Pomerleau Family Foundation.

Many of the scholarship recipients are immigrants and the first in their families to attend college.

“When you’re blazing a trail and you’re the first in your family doing it, it’s that much harder,” Boys & Girls Club executive director Tanya Benosky said in an interview. “To me, it’s one of the best things that’s happening in this entire state.”

Benosky said that many students were left without adequate space to complete their schoolwork when COVID-19 shut down schools and libraries and classes went virtual. The club’s “college learning lab,” which has a dozen computers as well as printers, scanners and quiet work cubbies, became a place for many of the recipients to get their work done.

“The kids we had in there were studying all day, everyday,” Benosky said.
[jump] 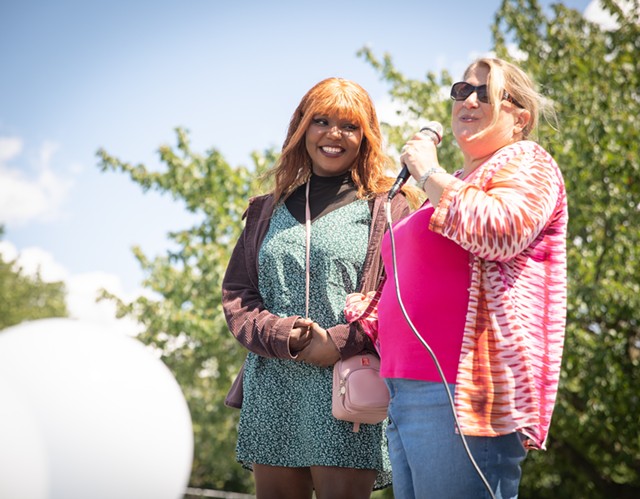 One of them was Bienfait Badibanga, 23, who received $4,500 in scholarships on Wednesday. Badibanga has been coming to the Boys & Girls Club for seven years, since moving to Vermont from Mozambique in southeastern Africa. He's in his senior year at Norwich University, where he’s completing a five-year program in international business and playing collegiate soccer.

“He was with us practically every day throughout the last year,” said Benosky. “He really studied hard and it paid off. His grades were exceptional. We’re certainly proud of him.” Benosky said that 12 of the scholarship program’s past recipients are now college graduates. Some have gone on to earn graduate degrees.

“The Boys & Girls Club helped me to improve my language. You can read, but not understand the book. They helped me do that,” said Badibanga in an interview after the ceremony. Badibanga, who speaks four languages, said the Boys & Girls Club staff also supported him as an athlete, cheering him on during his college soccer games.

Some recipients, like Kale Tornwini, weren’t able to attend the ceremony. Tornwini was honored in June as the Boys & Girls Club's 2021 Vermont State Youth of the Year, an award that recognizes a new generation of leaders and role models. A younger club member accepted the oversized check in her place. Tornwini is a recent graduate of Burlington High School, where she was a star basketball player. She will be attending Middlebury College this fall.

Tumba Felekeni, 21, received $4,500 and gave a speech at the ceremony encouraging younger kids who attend the club.

“When I came to America, the only words I knew were 'eat' and 'bathroom.' Now look at me. I’ve gotten better and better at speaking, even writing. All this happened because I showed up to school everyday and did my homework at the Boys & Girls Club,” Felekeni said. “The Boys & Girls Club staff never gave up on me. I didn’t give up on myself either.”

Felekeni will graduate from Castleton University next year and plans to pursue a career as a personal trainer.

“This reward really helps me a lot to continue my senior year and finish it out strong,” said Felekeni. “I’m humbled to receive it.”