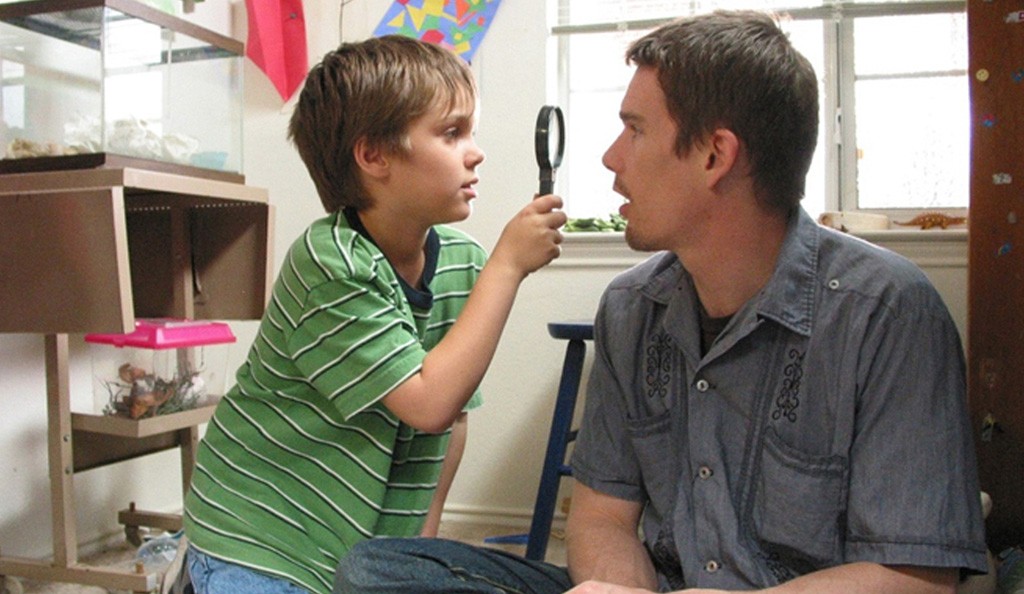 It's not every day you see something you don't see every day. The day you experience writer-director Richard Linklater's remarkable new work, I guarantee, will be one you won't soon forget. It's perhaps the most artful and audacious experiment in the history of film.

How many real people actually have secret projects? Linklater did for 12 years, and the fact that he managed to keep his under wraps is just one of the many amazing things about Boyhood.

Between 2001 and 2013, the filmmaker and his cast convened for a week each year to shoot, and the result is an unprecedented meditation on what it means to grow up in America at the dawn of the new millennium. What makes it unprecedented is that you literally watch newcomer Ellar Coltrane grow up.

The movie opens with a shot of clouds drifting across the frame, then cuts to a close-up of a 5-year-old boy named Mason lying on the grass gazing up at them. It's the perfect choice. Linklater knows every human being watching will have done that very thing as a child and will instantly form a connection to the character, one that will only deepen as events unfold.

Or, in Mason's case, unravel. He learns the lesson of impermanence early. His family is already fractured. Ethan Hawke plays Mason Sr., just returned from Alaska and attempting to get back in the good graces of those he left behind — Mason, daughter Samantha (Linklater's daughter, Lorelei) and ex-wife Olivia (Patricia Arquette) — with mixed results.

The kids recognize Dad as one of their own. A musician who's still hanging on to his dreams and his GTO, he's a good guy. He just still has some growing up of his own to do.

Arquette gives the performance of her career in the role of a working-class Texas woman who knows she's shortchanged herself by marrying too young and is hellbent on finding the path to a second chance. "I was somebody's daughter and then I was somebody's fucking mother," she fumes in one scene, wondering where her life went.

Memorable moment follows memorable moment. There's a quietly wrenching sequence after Olivia has announced the family is moving so she can go back to school. The children help her touch up the home, and Mason finds himself painting over his own scribbled height chart, erasing the traces of his having been there.

The "Black Album" scene is genius, too. Knowing how much Mason loves the Beatles, his father creates a new album for him by combining solo tracks in such a way as to recapture the band's pre-breakup magic.

In little less than three hours, these characters live more than a decade of their lives and come out the other end different people to different degrees. By Hollywood standards, little happens. Nobody commits a crime. Nothing gets blown up. What we watch is infinitely more exciting.

We watch life happen to characters with a time-lapse poignancy that no director has achieved before. Some of them are flawed and hopeless. Others are flawed and brave. A few are even wise enough to understand that there are way more questions than answers. "We're all just winging it," Mason Sr. confides at one point to his son.

One could categorize the project as a backwards The Curious Case of Benjamin Button. It conveys a sense of cosmic awe that similarly tempts me to describe it as The Tree of Life minus dinosaurs. But the fact is that — filled with brilliant observations, bits of unassuming wisdom, and the horror and humor of it all — Boyhood is quite simply like no movie ever made. It's no everyday masterpiece.

Editor's note: Boyhood is slated to open in Vermont on August 15.