Book Review: 'Unstitched: My Journey to Understand Opioid Addiction and How People and Communities Can Heal,' Brett Ann Stanciu 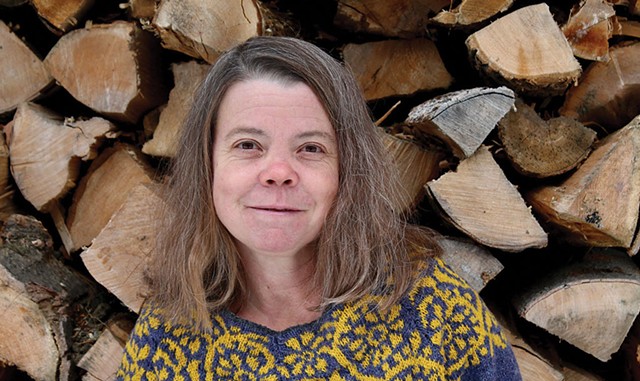 In October 2016, someone began breaking into the small public library beside Woodbury Elementary School. The librarian, Brett Ann Stanciu, hid a wildlife camera to get a photo of the intruder, who didn't seem to be stealing, just jimmying a window to enter, then spending time inside. The proximity of the school was a big concern, and the reputed trespasser was an alleged heroin user.

One frigid afternoon in January 2018, a library trustee walked in on the man, who fled. Minutes later, he shot himself fatally in a nearby woodshed.

This shocking event could have prefaced a news story about the opioid epidemic's effects on rural communities. But for Stanciu (pronounced "Stan-chew"), it inspired a memoir in the form of a quest.

In Unstitched: My Journey to Understand Opioid Addiction and How People and Communities Can Heal, published this month, Stanciu follows the individual and communal threads that converged on and extended from the library intruder's suicide.

To understand that singular death, Stanciu talked with health care, law enforcement and recovery specialists across northern Vermont, where opioids are destroying lives. She takes the reader through a series of conversations with veterans of a crisis whose enormity she was just starting to recognize.

Brett Ann Stanciu argues that information and empathy can save lives. tweet this

The book conveys Stanciu's own evolution as she comes to believe that, while opioid abuse is especially vilified in our society, it isn't substantively different from the alcohol abuse that affects many families. As she learns about opioids, she gradually admits to her own troubled relationship with drinking.

A graduate of Marlboro College, Stanciu previously published Hidden View (Green Writers Press, 2015), a novel about a farm family struggling in the Northeast Kingdom. A freelance writer for Seven Days, Kids VT and other publications, she also serves as treasurer of the Town of Greensboro. She received a Creation Grant from the Vermont Arts Council to support her work on Unstitched.

As Stanciu recalls in her memoir, she kept wondering why "John Baker" (not his real name) had wanted to break into the library again and again. Realizing that she might one day come across someone overdosing, she attended a training on how to administer naloxone, an overdose-reversal drug branded as Narcan. The Vermont Department of Libraries, sponsor of the training, provides free Narcan to the state's libraries.

The training inspired Stanciu to seek out people who could help her understand the nature and extent of opioid use disorder in the Northeast Kingdom. She met with a state's attorney, a U.S. attorney, a small-town police chief and a nurse. She also spoke with people who had been addicted and were working toward recovery, several recovery-service providers and the parents of a young woman who died of a heroin overdose.

When a writer attempts to chronicle the hardships and traumas of real people in her own community, she risks being invasive, even exploitative. Many are guarded about their family difficulties, and people who are addicted and their relatives can feel an acute shame, as several of Stanciu's interviewees attested.

But, by approaching these conversations with humility, willing to listen and not judge, Stanciu gathered an illuminating collection of testimonials.

Asked by Seven Days how she established that trusting rapport, Stanciu responded by email that she approached the book as "creative nonfiction." She changed some names and circumstantial details out of respect for surviving relatives of the dead, she said, and even "rearranged timelines."

However, she explained, everyone she interviewed "knew I was writing a book and agreed to be identified by name. I recorded on a smartphone and transcribed all interviews. Fortunately, my interviewees let me ask question after question. They all spoke openly about their experiences. I endeavored to be extremely careful with these stories." 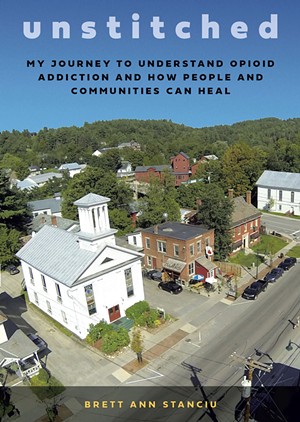 Stanciu provides extensive information in the book about the opioid epidemic's origins, tracing a line from 19th-century British opium trafficking in China to 21st-century pharmaceuticals. She notes that corporations and overprescribing doctors inundated the U.S. with painkillers, including a hundred billion doses of OxyContin and hydrocodone over an eight-year period starting in the early 2000s, according to a Washington Post study of court-released documents.

Confessing to her own previous ignorance of the breadth of the emergency, Stanciu argues that information and empathy can save lives. She presses on in search of understanding, comparing herself to girl detective Trixie Belden, literary heroine of a book series first published in the 1940s.

Some passages of the book consist of dialogue between the author and experts that sounds ungainly, less like natural conversation than like presentations weighed down by the mechanics of imparting information.

But Stanciu widens her story from the formal reportage of these interviews by interspersing lively scenes of her everyday life. We see her cooking and talking at home with her teenage daughters and working with children and their parents who gather for read-alouds and art projects in the library.

Stanciu locates each episode with vibrant particularity. She makes good use of recurring images, such as the sweater she is knitting whenever she interviews someone. Setting the scene of her conversation with a young woman about sobriety, she gives auditory details: "Hidden in the thicket behind our house, the hermit thrush — a plain brown bird, small enough to fit in the palm of my hand — trilled its rippling melody, those unseen pearls of sound."

Ultimately, this is not a book about a research project but a reckoning with what Stanciu calls "the pain of self-appraisal" — specifically, a recognition of her own vulnerability to addiction and her tendency to distance herself from the troubles of others. She describes the ache of a failed root canal, inviting us to consider how pain medicine gives easy relief. Noticing her craving for a piece of cake or a butterscotch candy, Stanciu considers how it would feel to have "an insatiable, never-ending desire."

Stanciu never learned why "John Baker" trespassed in the library, but she can't forget him. Remembering times she had passed by him in town but not said anything, she wonders why she didn't simply ask what he was looking for. She could have spoken to him as a fellow human being. Yet she was afraid.

As she told Seven Days by email, "When I began to slowly lift my own stigma and address my fears, I started to see the world in a much wider way. Writing the book was a mirror for me to scrutinize myself, but also opened windows to see the world around me. That was a gift — one I hope to pass along to readers."

Stanciu confides that she had previously thought of addiction as "a blight on the soul — someone's personal failing." By the end of Unstitched, she has transformed into someone who recognizes people with addictions as kindred souls suffering from illness, no more deserving of fear and condemnation than those battling heart disease or cancer.

The author will hold an in-person discussion on Sunday, October 3, 4 p.m., at the Craftsbury Public Library; and a virtual one on Friday, October 15, 7 p.m., at the CLiF (Children's Literacy Foundation) Virtual Book Club for Grown-Ups.

The original print version of this article was headlined "Kindred Souls"