The most moving part of Thomas Christopher Greene's novel The Headmaster's Wife comes after it ends. In his acknowledgments, placed last, Greene writes that the book is dedicated to his daughter Jane, who in 2009 was born "far too early," weighing two pounds, without functioning lungs. She lived six months.

Greene considered his daughter's brief existence to be a "miracle." No less of one is the author's ability to write a novel inspired by an unimaginably heartbreaking experience. Greene, who has taught writing and literature, has served since 2008 as founding president of Vermont College of Fine Arts in Montpelier, where he lives with his wife and 7-year-old. In the course of sitting by his newborn's bedside, he writes, "What began as one novel eventually became a very different one, a novel of grief."

The Headmaster's Wife is about grief inasmuch as it involves the death of a much older child and the struggle of that boy's parents to process their loss. But it's also a page-turner. It's written with seemingly effortless clarity — you'll finish in a matter of hours — and structured with a mid-book twist that leaves the reader scrambling to reassess all that came before.

Already that summary is giving away too much. But at least one can start with the basics. The book has four central characters: the headmaster, Arthur Winthrop; his wife, Elizabeth; their son, Ethan; and Elizabeth's first love, Russell Hurley.

We first meet Arthur wandering naked in Central Park, clearly in an unstable frame of mind. At the police station, he declares that he can explain his behavior only by starting "at the beginning." And so we are off on the middle-aged headmaster's narrative of his affair with an 18-year-old student named Betsy Pappas at Lancaster School, the elite Vermont boarding school where they both lived.

Arthur, who attended Lancaster as a student while his father was headmaster, has an authoritative but unreliable narrative voice. He has a drinking problem, it's revealed, and a son who did not turn out to be the incipient third Headmaster Winthrop, as Arthur would have liked. Ethan joined the army at age 18. 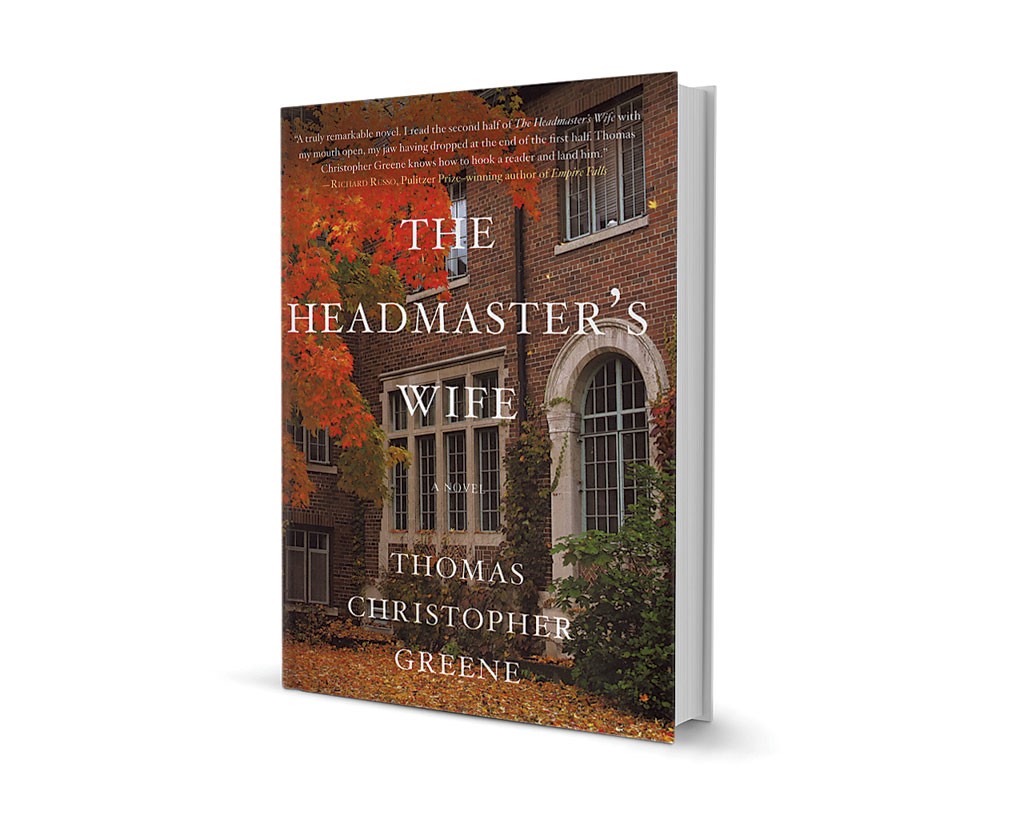 But Arthur barely alludes to Ethan's apparent death. Instead he chooses to tell the police about a different teenaged boy, a handsome scholarship basketball star with whom Betsy fell in love, leaving her headmaster rebuffed. From here the story begins to take a horrifying turn. But, before it does, Arthur's practically absent wife, Elizabeth, appears and collapses in his arms, wracked with grief, sobbing, "Wake up, Arthur ... I know someone is still in there."

It's not clear what she means until the narrative switches to an omniscient point of view, beginning with an account of Ethan's last moments in Basra. This two-page interlude appears at the center of the novel, which would seem to signal an emotional center, too — the blow from which Arthur cannot "wake up." Oddly enough, though, the crux of the story lies further back, in the days when Elizabeth and Arthur began dating as students at Lancaster. After the Basra interlude, the rest of the novel is dedicated to detangling Arthur's story via that of his wife.

Such a set-up would seem to promise an equally complicated character in Elizabeth. At the very least, Greene has set himself the almost impossible task of accounting for how she came to marry someone like Arthur. Disappointingly, however, Elizabeth does not speak in her own voice, nor does she emerge as anything other than a foil for illuminating Arthur's complexities.

This she does by embodying a string of clichés. After her freshman fling with Arthur, Elizabeth "likes having a boyfriend now, the headmaster's son, and she wonders if everyone knows they have done it, and while she does not want to be branded as that kind of girl, she secretly hopes they do." When she moves on to Russell, "she likes how small she feels next to his bulk." Later, she feels ambivalent about having children but "falls in love" with breastfeeding when she does.

Arthur himself can't think beyond clichés when characterizing Betsy. "It starts with the most innocent of gestures," he begins his confession to the police. "She does something girls the world over do. She uses her long fingers to pull strands of straw-colored hair behind her ears."

"Innocent," "straw-colored," "the world over": There is nothing unexpected in Greene's smooth prose (unless you count the plot twists), nothing to make the reader pause and marvel at a passage.

Of course, many a book is successful without the luminous writing of, say, Marilynne Robinson, whose Housekeeping plumbs depths of grief untouched in Greene's book. The problem is that it's hard to feel deeply for characters whose own emotions and expectations are shaped by such flatly mainstream language as Greene's. The Headmaster's Wife may be an entertaining, absorbing and quick read about the ravages of grief, but it falls short of making the reader feel that grief. m

From The Headmaster's Wife

I return from the city to find Elizabeth alone in Ethan's room, sitting in the rocking chair, staring out the window. It is dusk, and there is not much to see. I do not like being in Ethan's room, and frankly I wish we could acknowledge somehow that he is not here, and therefore this room should return to utility as a guest room. But Elizabeth prefers that it appear as it did when he was a student. It is virtually unchanged from then. His navy sport coats and tan chinos, the uniform of the Lancaster boy, still hang pressed in the closet. There is a Michael Jordan poster above the twin bed. I do not like this room and I do not like that this is how Elizabeth chooses to spend her time now, this and the obsessive tennis that makes no sense to me, either. There is no future in it.

But if you learn anything in a marriage it is when to give up. I used to think that all marriages ran the same trajectory. They start with wanting to climb inside the other person and wear her skin as your own. They end with thinking that if the person across from you says another word, you will put a fork in her neck.

That sounds darker than I mean it to, for it is a joke. The truth usually lies in between, and the most one can hope for is accommodation, that you learn to move around each other, and that when the shit hits the fan, there is someone to suffer with. That sounds dark, too, but I am sure you understand. There are few things in this life we are equipped to do alone is all I am trying to say.