Book Review: 'Seen From All Sides: Lyric and Everyday Life' by Sydney Lea 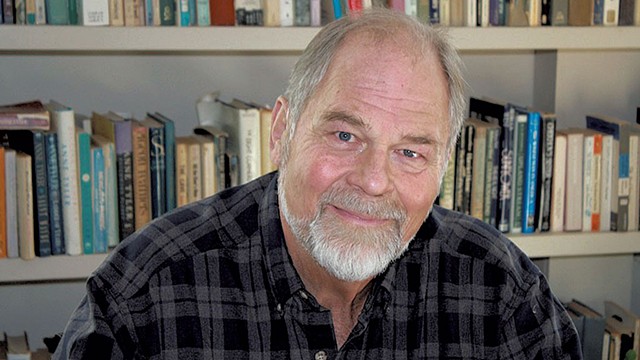 Parents: If your child keeps a decapitated copperhead snake suspended in a jar of alcohol on their bedside table, they just might grow up to be a poet. In Newbury writer Sydney Lea's case, he grew up to be a Vermont poet laureate and the author of more than 20 volumes of verse and prose.

Seen From All Sides: Lyric and Everyday Life is Lea's 21st book, a collection of essays compiled from his popular "Poet's Corner" column published in the Burlington Free Press. The snake-jar anecdote is just one of many fascinating moments in a rich array of meditations on everything from slam poetry to the collision course of Western imperialism with Islamic fundamentalism.

The author has quite a few bones to pick with academic elitism in particular. tweet this

Lea juggles such diverse subjects in a refreshingly readable style: Although his approach is rooted in erudition, you won't find any dense literary jargon here.

Instead, Lea illustrates his prose with a wealth of plainspoken wisdom garnered over the decades he's spent living in rural Vermont. "My favorite hunting companions have long been an auto mechanic, a carpenter, an architect, and a fly fishing instructor," he writes in the essay "Professionalism, Diversity, and Other Modish Matters." "My church congregation includes several farm families, an insurance man and woman, an oil delivery man, and a retired state cop, to name just a few."

Lea's central thesis is the virtue of allowing multiple ideas (even contradictory ones) to coexist, and it surfaces throughout the book in various forms. The title comes from a line in Gary Snyder's "As for Poets": "A Mind Poet / Stays in the house. / The house is empty / And it has no walls. / The poem / Is seen from all sides, / Everywhere, / At once."

In the essay, "Why Poetry?," Lea expands on this idea, offering a satisfying working definition of poetry. "Lyric can keep multiple perspectives alive within one frame without seeming merely to be a muddle," he explains. 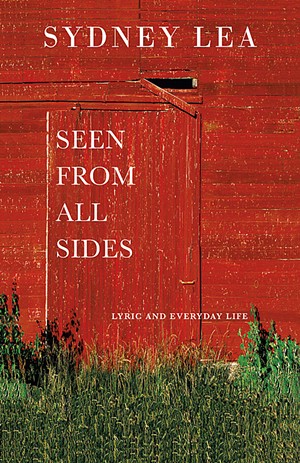 A thread of amusing cantankerousness runs through the book. The author has quite a few bones to pick with academic elitism in particular. Throughout, he rails against the "sophisticates" and the "hip professoriat" who "preach at places like Harvard, Yale, Stanford, Brown, or Duke" — passages that make for satisfying reading for anyone even remotely familiar with the hierarchical sycophancy of academe. Lea himself, of course, is a self-described "Ivy League brat" who went on to teach at elite institutions for 40 years.

Even these moments, however, feel connected to the author's insistence on the value of openness to multiple perspectives. Lea's main criticism of academia is its "guild mentality." He feels that nearly everyone in that setting shares the same political and social views and professional ambitions; they "seem even to dress rather alike." That is, they wouldn't be caught dead socializing with their car mechanic, much less hunting or worshipping with such a person.

A short list of other things for which Lea expresses scorn in Seen From All Sides: the Beatles ("Dante, it ain't"); the writing-craft concept of "show, don't tell" ("idiot mantra"); "Gallic" literary theorists; Cambridge, Mass.; Bob Dylan; and the burial of "alleged rock poet" Jim Morrison in Père Lachaise Cemetery in Paris ("yipes!").

Several of Lea's columns are tributes to Vermont writers who he feels deserve more recognition, and these offer the warmest sentiments in the book. Of Jean Connor, one of the founding residents of the Wake Robin retirement community in Shelburne, Lea gushes, "Not enough people in Vermont (or elsewhere) know that a miracle dwells among them."

On Burlington poet John Engels, who died in 2007: "[A]t the heart of my love for both John and for his poems was precisely this capacity to signal assurance, even solace, at the same time as he masterfully registered pain and regret, his writing's joy simultaneous with its darker pathos."

One of the most moving selections in the book is "A Centennial," in which Lea describes his visit to Slovenia for a PEN International conference. While there, he was interviewed by Marjan Strojan, the foremost translator of English poetry into Slovenian, who spent decades translating Robert Frost only for his publisher to botch the process of securing international rights. Lea, who happened to be friends with Frost's literary executor, successfully intervened on Strojan's behalf.

While this is a brief anecdote in the book, it demonstrates the author's profound dedication to poetry and to forging connections across borders both geographic and linguistic. Ultimately, Lea himself is "seen from all sides" in this volume: as the generous neighbor, the grouchy formalist, the Guggenheim Fellow who judges the local spelling bee and a true ambassador for the written word.

From "On Bibliodiversity" in Seen From All Sides: Lyric and Everyday Life

I am no theorist, nor even a man who thinks well about philosophy, politics, or social policy in their broader avatars. My testimony, then, is only that of a writer devoted for the most part to the "minor" genres.

There I stood at the top of a small local mountain in rural Vermont, where I live, the snow deep, brilliant, crossed only by tracks of deer and coyote. I was in my latest sixties, and had just sold my ninth book of poems to an independent publisher, its editor/director the most sensitive and competent I've known.

There was some satisfaction in that, but just then another project announced itself to me: a book of essays on certain people and landscapes of Vermont, and of people and territory in a part of remote Maine where my family has had a fishing camp for four generations.

Many of those people would be well over a hundred if they still lived, men and women so attuned to their backwoods environments that in memory I still find it hard to tell in their cases where human nature ends and actual nature takes over.

Their culture and particularly their narrative skills have all but disappeared now, and none of them left a written account of those lives and times; yet they meant so much to me as man and artist that I felt I owed them a tribute.

An evil voice asked, Who will publish a book like that?

A better voice replied, It's what you want to write, so write it!

The original print version of this article was headlined "Cantankerous Wisdom | Book review: Seen From All Sides: Lyric and Everyday Life, Sydney Lea"