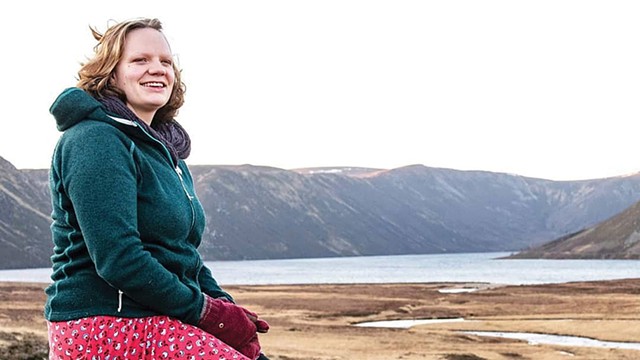 Some stories are just begging for a remix. Just like vampires, mermaids and William Shakespeare's works, the stories of ancient Greek mythology have inspired countless retellings and riffs by the likes of Anne Carson, Margaret Atwood and C.S. Lewis. Rick Riordan reared a fresh generation of mythology nerds with his Percy Jackson and the Olympians series for middle graders. Most recently, Madeline Miller's The Song of Achilles and Circe won awards and swept best-seller lists with their focus on individual characters in the wide world of gods and goddesses.

Like Circe, Claire M. Andrews' debut young adult novel Daughter of Sparta centers on, and grants agency to, a female character who had previously been just an accessory to a man's story. Andrews' Daphne is a young woman adopted into Spartan society and trained alongside the men to be fierce in battle and unwaveringly loyal to Sparta. But Daphne is still a woman, and in ancient Greece this makes her an unlikely candidate for the hero's quest she undertakes.

Daphne must fight both monsters and men to return what has been stolen. tweet this

Readers of the novel will benefit from a cursory knowledge of Greek history and mythology, with its 12 major gods and goddesses who live on Mount Olympus, countless minor gods and monsters, and a network of often-warring city-states such as Sparta. Those who lack that foundation might struggle, as Andrews tosses the reader into the thick of the story from the first page, frequently using Greek terms and referencing characters from other myths.

The author, based in Randolph Center, has taken significant liberties with the tale of Daphne and Apollo, though readers familiar with its basic outline will have a sense of where the relationship between the two characters is headed. Here, rather than a river nymph, Daphne is a headstrong teenager with a warrior's mindset, desperate to prove herself as more than an outsider. In the book's early pages, her inner voice is tinged with arrogance and patriotism as she states how proud she is to be a small part of "the wealth of power, strength and strategy that Sparta possesses." 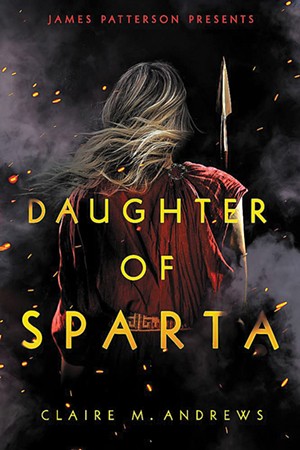 Daphne gets a chance to prove her mettle when the goddess Artemis sends her on a quest while the fate of Olympus and all of Greece hangs in the balance. With supernatural forces at work and traitors among the Olympians, Daphne must fight both monsters and men to return what has been stolen and restore the gods' power. Artemis also assigns her brother, Apollo, to accompany Daphne, who must sort through her complicated feelings toward the sun god and decide whether he's trustworthy.

Daphne's journey is long and harrowing, and she wrestles with self-doubt and guilt over putting her loved ones in harm's way. She makes foolish decisions and has to fight her way out, incurring costs that make her wonder whether the stars will someday tell "the tragic story of the Daughter of Sparta, and the friends felled and lost due to her selfish whims."

The author's writing sometimes tends toward cliché, especially when it comes to the use of phrases such as "raven locks" and "flaxen waterfall" to describe human hair. But that drive to find synonyms helps Andrews when she's writing action scenes, and Daughter of Sparta is packed full of them. The book doesn't shy away from blood, violence and death.

In the same dark vein, Andrews' gods and goddesses are cruel and petty, and Daphne grows weary of their constant manipulation of the mortal world to suit their desires. When the mad king Minos declares himself free "from the shackles of the gods" about halfway through the book, the other characters are appalled, but the reader sees where he's coming from. This version of Greece is brutal, and Daphne, for all her bravado, is just like everyone else — trying to survive.

The ending finds our hero hardened, resigned to a new role in Greece and searching for answers from her own past. Though this particular journey is resolved, Andrews leaves enough questions unanswered to allow plenty of room for a sequel or series.

Like other novels that retell myths, Daughter of Sparta covers a lot of ground in relatively few pages, perhaps echoing the scope of the epic poems on which many of those myths are based. If she writes more novels about Daphne and her compatriots, Andrews will have many more tales to choose from, and this reviewer is happy to get immersed in ancient Greece again and again.

From Daughter of Sparta

The sudden silence of Artemis's departure settles around me, and I reflect again on Ligeia's stories. She always said that the gods are just and cruel, beloved and feared. Their life's work is maintaining that balance held over mortals.

Fear for my brother's life—for my life balanced on the golden curse—shudders through me in time to the erratic pulsing of my heart, and I realize the gods also fear us.

The gods are just and cruel, beloved and feared. Ligeia insists that the gods are so merciless because they love us, that they only want us to better ourselves. I believe it's because the gods are envious of us. They will never understand the beauty of watching the day pass and knowing that it could perhaps be your last. They will never experience the bitter taste of fear as it floods your senses, or the sometimes bittersweet ache of pain.

They also fear us because they understand that whipped backs will always heal, and eventually they will no longer bow.

The original print version of this article was headlined "Time Travel"