Book Review: And Kings Shall Be Thy Nursing Fathers by Marc Estrin 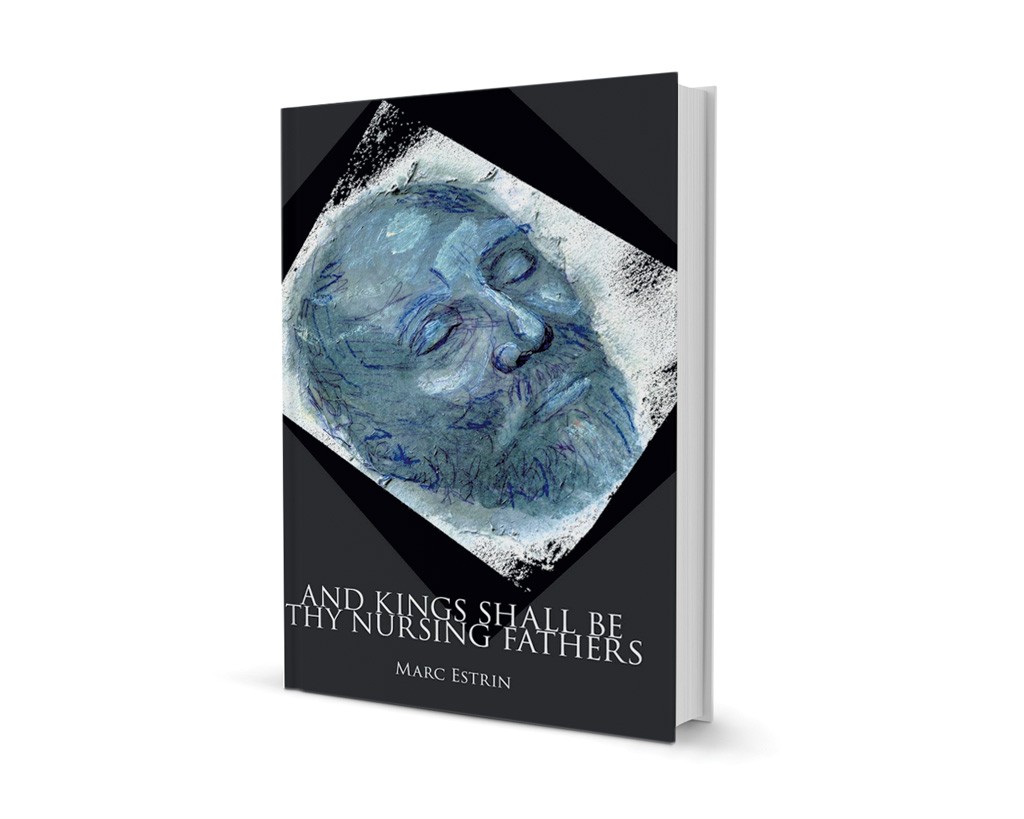 Pyotr Ilyich Tchaikovsky lived from 1840 to 1893 and died in circumstances still murky with controversy and the taint of scandal. Burlington musician and writer Marc Estrin's new book ventures to evoke the consciousness of Tchaikovsky's corpse — yes, his corpse. Lying in state, it receives visits from a procession of admirers whom the deceased man's mind describes and comments on: friends and relations, dignitaries, and quite a number of actual or would-be lovers.

The most revered Russian composer of his epoch, Tchaikovsky produced orchestral and chamber music, operas, and ballets that were tremendously popular in his own country and internationally. His audience spanned a range from ordinary people to the upper echelons of the ruling class, including Czar Alexander III, who granted the composer a lifetime pension. Tchaikovsky was even beloved by the church, having created a choral setting of the Russian Orthodox liturgy. And yet, during his life and since, the composer's integrity has been disparaged by never-ending assertions that he lived a secret life of debauchery and deceit.

Tchaikovsky's music is, of course, still widely known and among the best loved of the classical canon. As a musician himself, as well as author of 10 previous novels, Estrin was no doubt captivated by the challenge of embodying a great composer's sensibility. Moreover, as he explains in the accompanying Notes (which take up more than a quarter of this book's pages), Estrin was fascinated by the drama of a contentious death story.

Theories about Tchaikovsky's death have proliferated for more than a century. Some say he died from cholera, infected accidentally by drinking unboiled water during an epidemic; others believe that he drank that tainted water on purpose to commit suicide; or that he committed suicide (or was murdered) by arsenic poisoning, which has similar symptoms to cholera.

Proponents of the suicide story argue that Tchaikovsky acted from despair over his conflicted, lustful feelings for his nephew, "Bob"; or that his suicide (or murder) was demanded by a tribunal or "court of honor" determined to halt disreputable homosexual adventuring by such an esteemed figure. Some suicide-murder advocates claim that the composer died by direct order of the czar. Finally, the most controversial — and maybe also most likely — theory contends that Tchaikovsky died from cholera via fecal-oral infection owing to unsafe sexual practices.

As Estrin asks in his authorial Notes, "So — cholera, with or without a fatal glass of water? Or suicide, ordered or self-imposed as a way out of emotional/social impossibilities?" He continues: "Because I am interested in false 'official stories' — from JFK and 9/11 to Tchaikovsky — I decided to solve the problem. What chutzpah! I — from the sticks of Burlington VT, with only English, French, German and a little Russian — would write a medical mystery, have the detective solve the problem, and voilà, case solved. Next."

Undoubtedly, Tchaikovsky's demise offers an interesting situation, rich with storytelling potential. What has Estrin made of the opportunity? A decidedly odd contraption. Although (perhaps a little defensively) the author refers to his book as a "poem," readers are unlikely to experience the narrative that way. Instead, let's call And Kings Shall Be Thy Nursing Fathers a novella. Akin in some respects to Dostoevsky's Notes From Underground, Estrin's text is a circling oration, obsessive and claustrophobic, mostly in present tense, with periodic slides into recollection. Swatches of musical scores are reproduced on the page, presumably legible and significant to a musically literate reader, but just graphic decorations to others, including this reviewer.

And Kings... functions less like a fully fleshed literary fiction than like a script; quite possibly the piece would be more effective if we could hear it spoken aloud by an actor instead of perusing it on the page. Likewise, the limitations of the book's writing might be less apparent if we could experience it in the form of what's now called an "enhanced ebook." With embedded links and audio-video tracks, a reader with headphones and an online device could crisscross among photographs of the illustrious composer, pictures of his house and death chamber and Wiki entries to amplify factual allusions and references to his associates. In that vein, Estrin's lengthy Notes do provide links (some of which work) to musical performances corresponding to at least some of the score segments replicated on the book pages.

Even so, Estrin's novella is presented as a traditional book, and ultimately we need to come to terms with what's here: a sheaf of paper with words and sentences printed on the pages.

The main problem is the narration. I'm reminded of what John Gardner said about Walker Percy's (infuriating) novel Lancelot, that it "sounds written, not spoken." In vocal texture and manner, Estrin's Tchaikovsky isn't convincing as a man (or mind) of his historical era. Instead, he comes across as a slangy persona from the author's mind, a somewhat insufferable chatterer (especially for a dead man), and a cartoony pastiche of anecdotes and details gleaned from published or online biographies.

Although Tchaikovsky's deathbed ruminations and rants address such major themes as time, evil, artistic creation, lust, incest and so on, the caliber of thinking we're given is mostly banalities enunciated as profundities. A representative passage:

Over time, our inner stars dim, we're less and less alive, morally alive, and then night will pull down its blind, and we'll feel no more guilt than squirrels feel stealing the birds' seeds, and we'll be finally without humor or indignation or passion or desire or any heat at all.

In Estrin's rendering, Tchaikovsky's scorn for other composers (Bach and Mozart excepted) sounds more petty than revealing. Perhaps most repellent of all (because positioned as the writer's most "daring" enactment) are the deceased composer's reveries about his long habit of "cruising the docks." These often-squalid misadventures with male lovers aren't moving and illuminating, but melodramatic — sentimentalized depravity:

It's almost as if from my bright civilized world a portal leads to another world where everything is seething, passionate, sweaty, naked. And between people with lives in well-lit spaces and the others, the derelicts, the debauched and filthy, there is always some bridge. Not only that, the frontiers between those lives can be crossed at any moment, and things can become bizarre and queer.

Is this persuasive as the voice of the artist who created shapely and gliding concertos and ballets? The strongest historical fiction viscerally and vividly reenters an earlier time and place while reflecting in complicated and involving ways on a reader's own life and times.

In actuality, after his collapse, Tchaikovsky lay in bed for four days before dying. Instead of contriving a hokey, beyond-the-grave vantage for Tchaikovsky, why didn't Estrin locate the man's deathbed hallucination during that time, when his ostensible subject was lingering alive, still thinking and feeling? It's not that a novelist couldn't make a posthumous perspective powerful and affecting. But, from its ponderous biblical title to its pages upon pages of exculpating Notes, And Kings Shall Be Thy Nursing Fathers reads like a solo performance. It is not rooted dramatically, and therefore emotionally, in Tchaikovsky's substantial — and ongoing — existence.

Excerpt from And Kings Shall Be Thy Nursing Fathers

How valuable music is, how essential for checking our mad impulses. It's God's way of beating in on man, mysterium tremendum unfathomable. Unfathomably obvious. See deeply enough and what you see is music.

What most people love is hardly music, only a kind of sleepy reverie relieved now and then by nervous thrills. It's so hard to make anyone see and feel in music what I do. Music is not just sound — it's feeling. The value of daylight may be great, but daylight truths have no depth, no perspective. No deaths needed in order to reach them.

The hold music has on us is completely mysterious, disrupted by light. Light darkens music. The sign I love a piece of music, that it addresses itself to me, is the need I have when I hear it to get rid of light, turn down the gas, blow out the candles, even if it's night. And if it's day, I want to listen as if in a tomb.

But the mystery music shows us is not of death, it's more of the inexplicability of life, of freedom, of love. The mystery is not "what cannot be spoken of," the untellable, but rather the ineffable. Death is untellable because it's impenetrable, because an unbreachable wall bars us from its mystery.

Books Marc Estrin Tchaikovsky And Kings Shall Be Thy Nursing Fathers