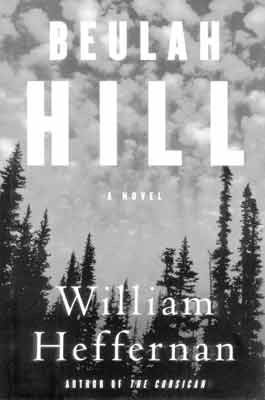 A body, gutted like a deer, lies under a tree among the leaves of early fall. On this grisly note William Heffernan begins his 14th novel, Beulah Hill. The year is 1933. When Samuel Bradley, the young constable of the little Vermont community of Jerusalem’s Landing, begins to investigate the murder, he knows at once that this will be no ordinary inquiry. The body lies on Beulah Hill, known on official maps as Nigger Hill. It is home to Jehiel Flood and his family — African-Americans who have lived there since their forebears came to the state early in the 19th century.

Bradley, who narrates the story in the first person, has special reason to be concerned, as he is himself what the locals call “bleached” — the product of generations of interracial marriage:

Thus, what became known as “the bleaching” occurred, a mixing of the races through marriage that continued over several generations, until succeeding progeny of original Negro mothers lost their color and, in the eyes of the state, “became legally white again.”

In Jerusalem’s Landing, there has been an uneasy co-existence among the black and white community members for generations, but murder becomes the catalyst for an outpouring of racial hatred and intolerance that was simmering beneath the surface all along. The murdered man, Royal Firman, is the son of the hate-filled racist Preserved Firman, who soon has the town seething with bigotry. Bradley has tried desperately all his life not to take sides, but must do exactly that if he is to solve the mystery and find his own peace.

And he is determined to protect Flood’s daughter Elizabeth, with whom he has had a passionate, erotically charged friendship since childhood. As the not-so-good folk of Jerusalem’s Landing begin to array themselves against him, he finds a surprising ally in Frenchy LeMay, the deputy sheriff — a true force for justice and tolerance despite his good-old-boy exterior. The showdown, when it comes, leaves almost no one unscathed.

According to the jacket copy, Heffernan stumbled upon the idea for Beulah Hill while looking for a house in Vermont — he now lives in Huntington. And what a secret history he has uncovered. The mere existence of historic black communities in the Green Mountains may be a big surprise to many Vermonters, even those whose own families go back generations. Like local authors Howard Frank Mosher and Jeffrey Lent, Heffernan has taken the polish off Vermont’s idealized image of tolerance, abolitionism and the Underground Railroad to expose a harsh reality beneath. Bradley explains,

I do know that free Negros, men and women who were never slaves, migrated to Vermont early in the last century. Here they worked as servants in white households, or as day laborers on local farms. Then, as the years progressed, they were able to buy their own lands, and in doing so tended to cluster together in areas that were inevitably named “Nigger Hill,” or “Nigger Road,” or “Nigger Hollow” by the people in the various towns where they lived.

Beulah Hill is, on one level, a classic detective story, beginning with a corpse and ending with an epic reckoning. In between, Heffernan leads the reader into small-town Vermont of the 1930s. He has a keen eye — as he should; as a journalist he’s been nominated three times for a Pulitzer Prize — and fine powers of description. His characters are, for the most part, sharply accurate portraits of everyday Vermont types transposed quite convincingly back in time.

He is also a good listener. While vernacular dialogue can drag on the pace of a story, Heffernan generally gets his accents and, more importantly, the idioms and rhythms down pat. He’s written the best description I’ve yet read of the real Vermont dialect:

The accent is almost southern in the way words are formed and mangled, the major difference being that they are bitten off sharply, rather than extended in an elaborate drawl. They also are formed in the back of the throat, something that produces a hollow sound that seems, at times, to give off its own echo. Johnny pushed a lock of straight black hair that had fallen across his forehead up under his red-checked hunting cap. “Never much liked Royal,” he added, unasked. “Always thought he was a cocky shit an’ a goddam bully. An’ old Jehiel’s always been nothin’ but a pain in the ass.”

The accuracy with which Heffernan draws his characters lures the reader into the ugly, unsettling story he is telling. These are people we recognize as friends and neighbors, acting in ways that Vermonters are not known for. We are left with the uneasy feeling that a lot more than failed farms are crumbling away on forgotten hillsides.

But, as Heffernan points out, in the year of 1933 Hitler was beginning his ascent on the wings of hate and fear, and at the University of Vermont Professor Henry F. Perkins was expounding his theories of eugenics, which in some cases advocated involuntary sterilization. One lesson that can be drawn from Heffernan’s background material is that, when moral darkness is loose in the world, even rural backwaters like ours offer no safe haven.

All this and action, too. Heffernan never lets the pace flag, and there’s enough gunplay and nuts-and-bolts police work to satisfy the most hardened thriller aficionado. Mix that with an almost wistful rural nostalgia and some smoldering eroticism out of the Tennessee Williams mold, and Beulah Hill becomes a good deal more than just a mystery. Social commentary, history lesson and adventure: This is a book to tuck away in the backpack, to be read in an abandoned cellar hole deep in the woods — until, that is, you feel the ghosts begin to gather.