Birding Is Not Your Grandpa's Pastime Anymore 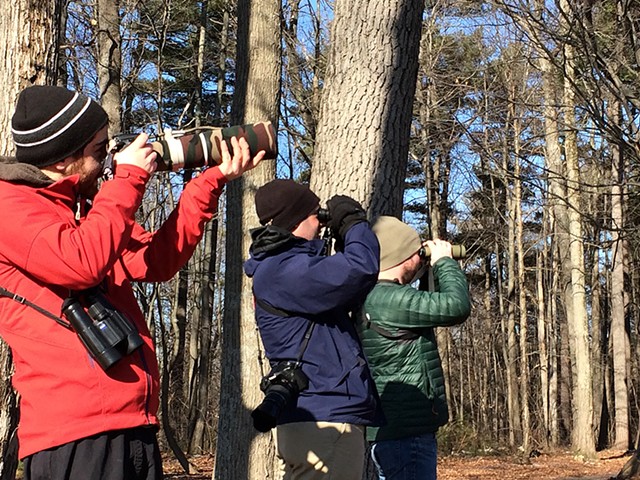 Binoculars: check. Smartphone: check. OK, let's bird. If you've been curious about birding but aren't sure where or how to start, now is your time. It's never been a more accessible or popular pastime. And birding is no longer just a retired person's leisurely hobby. These days, fresh-faced young birders with smartphones in hand are uploading photos and data faster than you can flip through Birds & Blooms.

Case in point: Taj Schottland, 26, of Burlington uses the app eBird to report his sightings, Flickr to keep track of photos, and Facebook to connect with others in the birding community.

An avian biologist and coastal adaptation specialist with the National Wildlife Federation, Schottland is ranked as one of the best birders in the state on eBird's Vermont web page. He said social media helps young people — often outnumbered by older folks in local birding clubs — to connect and meet others with a burgeoning avian interest.

"Even two years ago, people were writing sightings in paper notebooks, and now they're reporting on eBird or other similar sites," he said. "Younger people are doing reports directly into their phone."

Technological tools such as eBird, iNaturalist and the BirdsEye Bird Finding Guide enhance ordinary people's ability to record images and data. Scientists can then use this information to study bird migration routes, arrival and departure times, rare occurrences, and population fluctuations. Even classic books such as The Sibley Guide to Birds, The Audubon Bird Guide and the Peterson Field Guides have gone digital. Each offers free mobile apps that combine the features of a print version with birdsong recordings, the ability to upload photos and lists, and sharing capabilities.

Hardy said eBird is keeping up with birders' increased usage. The app has been optimized in the past year for faster input, and users can create an offline checklist option for when Wi-Fi is not available.

To be sure, birders of all ages are using apps and websites to keep track of their birding data. But for young birders in particular, social media not only allows them to connect with others who share their hobby, but also fits into their way of life. The under-40 set is accustomed to sharing thoughts and photos online, so why not bird sightings? 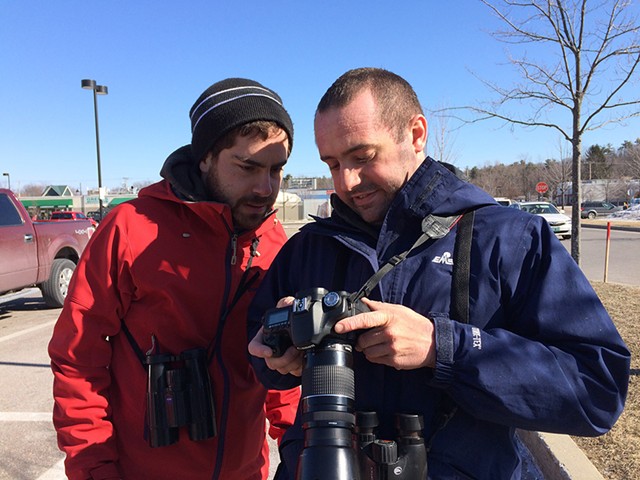 "Bird-watching used to be what your grandparents did with their Peterson Field Guide," said Jason Hill, a 38-year-old birder and conservation biologist for the Vermont Center for Ecostudies in Norwich. (His 5-month-old son is named Heron.) Hill draws a distinction between birding — which he thinks of as "actively pursuing" birds and keeping a list of them — and "bird-watching," which is something you do passively, say, from your kitchen window.

The availability of free technology that is easily accessible — even in the Wi-Fi-free woods — helps drive the pursuit.

"IPhones and Androids are definitely considered birding equipment now," said Hill, who is also an editor for eBird. "At some point birding became younger."

Bill Stewart, the American Birding Association's director of conservation and community and leader of its Young Birders program, agrees that the face of birding is changing.

"The popularity of birding with youth all over North America has just exploded. It's getting a little more exciting and a little more competitive," he said by phone from ABA's headquarters in Delaware City, Del. "People can really see and learn a lot, and do it, like, 10 times faster than just a decade ago."

Friendly competition has always been a part of birding, and it thrives on sites such as eBird. Users can see one another's checklists and are automatically ranked by the number of lists they provide and number of species they report. On eBird, Hill explained, you can view your rank among birders in your country, state or county, as well as the top 100 birders for each. 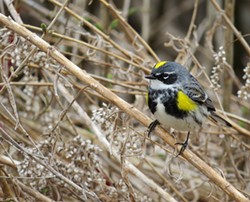 "I definitely enjoy the challenge of birding," said 32-year-old Norwich resident Sara Eisenhauer, a veterinary technician at Norwich Regional Animal Hospital. She identifies herself as both a "lister" and a "chaser": She keeps a life list of all the species she's seen — 349 and counting — and chases down rare species reported through eBird.

"One winter day I traveled all the way to the Canadian border just to see a tufted duck," Eisenhauer said. "I did see it, by the way."

Of course, for the dedicated birder, birds are much more than things to tick off a list.

When asked "why birds?" Schottland replied as many birders do: He isn't quite sure.

"I, and most birders, think about that question a lot," he said. "It's not fully tangible what is so fascinating about them."

Schottland, who has 628 species on his life list, did note that birds provide his closest relationship with nature. "Some people hike, hunt or fish. My connection is through birding," he said. "And they're beautiful."

Camaraderie is also high on Schottland's list of reasons why he began birding at age 8. "The birding community is like a large extended family," he said.

Wherever he travels, Schottland said, he looks up local Audubon Society chapters to connect with other birders and find the local birding hot spots.

Eisenhauer, whose grandmother introduced her to birds — also at about age 8 — finds her attachment to birds difficult to explain, too.

"All I can say is that I love birds so much, they can bring me to tears," she said. "Some might call [birding] a hobby, but it's more than that to me. There's nothing else on this planet that is comparable to birds.

"Sure, there are other animals that can fly," Eisenhauer added. "But true flight has always belonged to birds."

Hardy said birding never gets old, even when he's looking for the same species season after season. "It's a way to slow down and experience nature," he said. 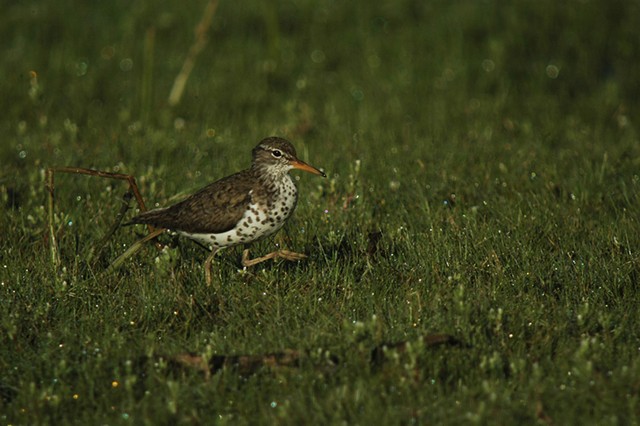 He added that you have to practice with your binoculars. "Learn how to use them. Don't give up when you're seeing double," Hardy said. "Once you're good, you can get a really nice image [of a bird] quickly."

"Birders love teaching and love sharing their knowledge of birds," Schottland said. "People don't care if you know how to ID one bird or 600. The knowledge that you can gain from being around other bird-watchers is far greater than just looking at any field guide and just a lot more fun."

If you're completely new to birds, try putting up a bird feeder and watch who regularly shows up, suggested Hardy.

To rack up your checklist, or just to spot some really cool birds, check out the following locations. If you search any of these names online and include the word "birding," you'll likely get tips on when to go and what you'll see.