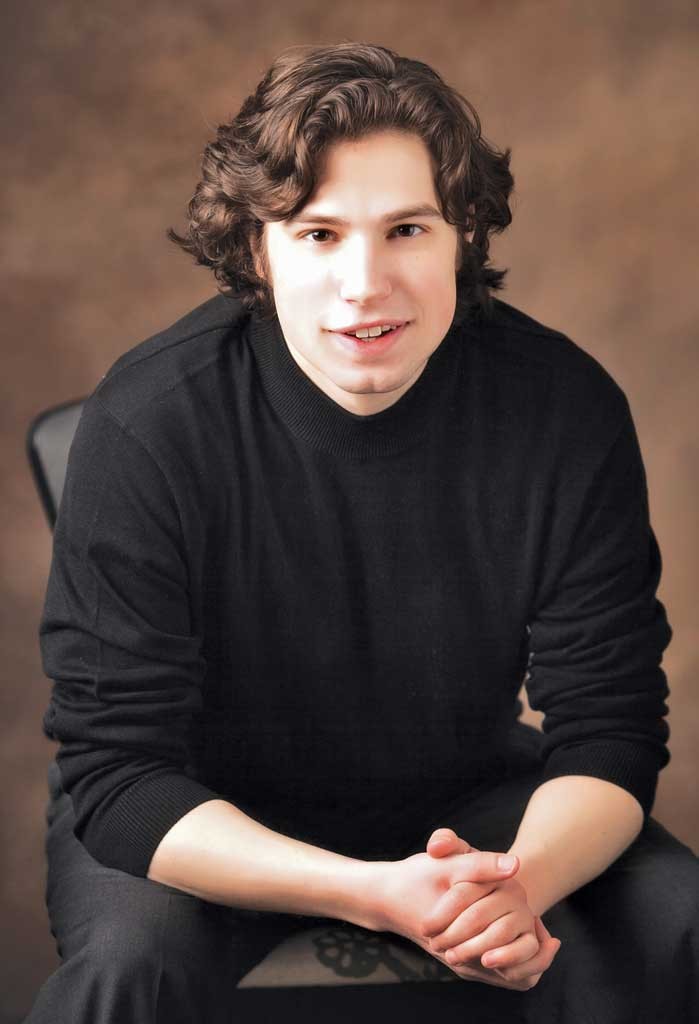 Go see a musical in Vermont, and it's likely that the lead singers have trained with Bill Reed. Founder of the musical-theater program at New York City's Circle in the Square Theatre School, Reed is a veteran voice teacher who has guided many a singer all the way to Broadway from his home studio in South Burlington.

Less known is Reed's work with aspiring opera singers. As a classically trained singer himself, he makes sure his students have a solid foundation in classical technique. If a student wants to sing in Rent, for instance, he or she must first learn how to tackle art songs in German and French.

Some end up liking that track better. Cases in point: Two of Reed's former students, tenor Christopher Colmenero and baritone Geoffrey Penar, went on to pursue careers in opera. This Sunday, the young singers will show off their classical chops (and a couple of Broadway tunes) in a Burlington recital accompanied by pianist Paul Orgel.

Reed planned the concert as the first in a twice-a-year series called "The Singer's Art," intended to boost former students' careers in the selective world of classical singing. Colmenero, 26, and Penar, 25, say they are excited for the opportunity. Both work two jobs — in Manhattan and Burlington, respectively — while doing auditions and awaiting gigs. Colmenero is performing a recital series in Long Island churches; Penar will premiere an opera in Toronto and sing Papageno in Mozart's The Magic Flute in Seattle.

"The boys," as Reed, 69, calls his former students, began training with him in group lessons during their first years at Rice Memorial High School in South Burlington. They quickly moved to private lessons. Says Colmenero, who grew up in Charlotte, "After a year, [Reed] started throwing in some classical music — Tamino's aria from Magic Flute," and, eventually, art songs by Ralph Vaughan Williams and Schumann. "Vocally, it clicked."

When it came time for college applications, Reed helped Colmenero put together an audition package of five songs, then got on the phone and negotiated better financial-aid packages with two schools. Colmenero arrived at Purchase College, State University of New York, to find that, thanks to Reed's training, he could already hit the high notes.

Penar, of Shelburne, has a similar story. "He got me through college auditions, and he got me into Eastman [School of Music]," says the baritone. "He did a great job of making me sing legitly." Few other entering students had his level of technical training, Penar notes.

Pianist Orgel, of Shelburne, notes that Reed's "understanding of the physiology of singing is outstanding." That's clear from a conversation with the voice teacher in his meticulously arranged Spear Street home. Describing classical singing technique, Reed says, "You keep your larynx low and the focus in front with a lot of space in the back."

That's a different approach from musical theater, he explains. Reed likens Broadway singing to "speaking on pitch," and the current trend of "belting" to the natural tendency to shout in highly emotional moments. By contrast, classical singing is "unnatural in that it takes training to do it — at least 10 years' worth."

Perhaps for that reason, along with the exigencies of the market, Reed has "way fewer" classical students than musical-theater ones. Yet, he says of classical technique, "I still think it forms a foundation for singing ... If kids have a real, fundamentally sound technique, it gives them the ability to sing all their lives."

Reed earned a bachelor's of music education in choral music from the University of Wisconsin and a music-education doctorate from Columbia University. All his training was classical because, he says, "that's all they offered in those days." Remaining in New York, he went on to sing in the premier choruses of the day — often soloing in Baroque-era works, his specialty — and to direct choirs.

Reed says fate made him "Mr. Broadway." In 1980, working a side job with voice-recognition researchers at IBM, he attended a conference where he met a speech teacher for actors who envisioned adding Broadway voice coaching to Circle in the Square's offerings. Reed filled the post for the next 20 years, keeping up with new research on pop and musical-theater voice techniques.

But he never left his classical training behind, making him unusual among voice teachers; most specialize in either classical singing or musical theater.

At Sunday's recital, local music lovers can hear the results of Reed's classical teachings for themselves. The success of Colmenero and Penar, says Orgel, is "a tribute to Bill Reed's excellence as a voice teacher."

The original print version of this article was headlined ""With Songs, Star Pupils Pay Voice Teacher a Classical Tribute"