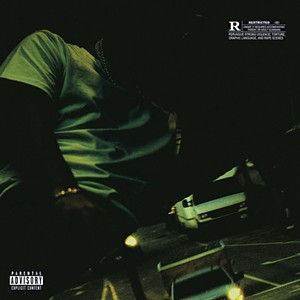 Rap life is an act of self-creation: You choose a new name, then spend the rest of your career becoming it. Bilé — pronounced bee-lay — is a young Burlington artist who started that journey with 2020's PICCO. EP, a bright blast of emo trap.

His debut LP, INSULT TO INJURY, is a quantum leap in quality. Where PICCO. hit like an uneven demo tape, Bilé's latest is a glittering, professional product. The beats mix syncopated trap drums, a thumping 808 pulse and warped, woozy melodies. This is squarely the sonic space carved out by Future and Travis Scott. Even the ad-libs here are shaped by that Atlanta sound.

From opening cut "STANDBY" to the radio-ready closer "WAY TO GO," this is a clinic in cool, confident, caps-lock swagger. Bilé never loses a beat or breaks character. Perhaps that's because the character he's assuming is so familiar.

The music on INSULT TO INJURY is refined but also strikingly generic. Most of the bars here remix the same posturing that's shaped the past decade of rap. That includes lines such as "I'm not the average," "I ain't really with the games" and "I'm not here for long" — as well as boasts about living the high life, vague threats aimed in all directions and multiple songs devoted to the same women he insists he has no time for.

So while all this is paint-by-numbers boredom to an old head like me, it must be said: This is a gloriously consistent album — a vibe, as the kids say. The production is superb, and the sequencing keeps things fresh. (There are, of course, no album credits, since rappers are too cool to share the spotlight these days. But Bilé owes most of his sound to his producers and engineers.)

Still, claiming the throne around here is a tall order. Compared to 802 projects with similar vibes, such as HANKNATIVE's landmark Problem Child or the latest Sasha Travis EP No Going Back, Bilé doesn't have enough juice yet to stand out from the pack.

That's especially true with so many other locals in his lane, such as Wap Bleu, Quinn the Eskimo and March Davis (fka Neffy) — not to mention the Hella Fader family and St. Albans' own Savvy Row. Perhaps it's unfair to scrutinize the boasts of a young artist like this, but when you spend nearly half of your album dismissing your competition, it's gonna come up.

Then again, does the local scene even matter? Rap artists in Vermont aren't competing with each other; they're competing with a million other hungry dreamers on Spotify. So while there's heavy irony in Bilé proclaiming, "I know I be different, you could tell it all along," while sounding like everyone else, it also doesn't necessarily preclude a successful career in a copycat industry like the music biz.

So, fuck it. Critics are just haters with paychecks, and "scenes" mean nothing when every venue is closed. By this time next year, Bilé might easily be too big for BTV. Catch him while you can.

INSULT TO INJURY is available at soundcloud.com/bilevenxox.