For nearly 25 years, Burlington music nonprofit Big Heavy World has endeavored to strengthen the ties that bind Vermont's music community together. It's hosted countless shows in teen centers, public parks, and even the basement of founder and executive director Jim Lockridge. It's provided musicians with practical resources, from industry connections and advice to a tour van used by dozens of local bands. It's spearheaded the Vermont Music Archive, a massive collection of local music, much of which can be heard via 105.9 FM the Radiator, BHW's eclectic low-power community radio station.

While long appreciated locally, those efforts and others recently caught the attention Music Cities Events, a multifaceted international organization focused on the development of "music cities" — that is, municipalities with vibrant music scenes, such as Burlington. The group does so through a variety of projects and programming, including online and in-person conferences and its new Music Cities Awards.

Alongside Tennessee's Memphis Tourism Music Hub and Australia's Music Victoria, BHW is nominated for a Music Cities Award for best global music office. According to MCE's website, that honor will go to "the music office that can showcase unrivaled support for music, musicians and music businesses in their city as well as globally."

The award comes with some small prizes, but the real boon for BHW and its ongoing missions would be international recognition.

The Music Cities Awards announcement is early on Wednesday, September 23 — just before this issue hits newsstands.

Seven Days recently caught up with Lockridge to discuss the nomination and the state of BHW during the pandemic.

SEVEN DAYS: First of all, what's new with you and Big Heavy World?

JIM LOCKRIDGE: The COVID-19 experience has been a catalyst for a lot of activity at Big Heavy World. We're chugging through. It's given us the opportunity to pay real close attention to the guts of some of the bigger projects we've had on burners but not necessarily as hot as they are now. And although the scenery is different in the world, it's also an opportunity to be critical and experience a little expansion and evolution.

SD: What kind of expansion and critical thinking?

JL: There have been a number of smaller projects that were responses to COVID. Then another set of programming and responsiveness to George Floyd and Black Lives Matter becoming central to our thoughts as a society.

We've always broadcast Vermont-made music randomly and equitably on the radio station between DJs. So everybody making music in Vermont has the same chance of being heard. We load up everybody who wants to be there. We've begun broadcasting music by Vermont's BIPOC artists at nine minutes past every single hour. We're taking on the role of amplifying the message and cultural presence of our BIPOC musicians.

SD: Is this the first time Big Heavy World has been nominated for the Music Cities Awards?

JL: Yeah, it's the first time I think the awards have happened. Our application was pretty succinct. It was just, "Here we are. We do what we do." I think the key points that come from our direction here in Vermont are that we operate a music office that's been around for 25 years at this point, run by volunteers, which is a model that's unique.

But also, we're a music office that's had a close relationship to emerging technology and accomplishes programming that you wouldn't expect from traditional music offices, such as the archive, which has about 5,000 recordings in it now, and a licensed radio station that plays Vermont music when there's not a DJ on air. We've pushed through a lot of the typical boundaries, and we've done so with a model that's, as far as I know, unique.

I deeply respect the Music Cities Events people because they've been champions of the role of music, socially and economically, all over the world. And I've been to their conferences and conventions in Washington, D.C., and Memphis. They're serving music offices, but not every city or state legislates one into existence. There are a lot of nonprofits with music-related roles that are standing in where music offices haven't been created formally by government. Obviously, Big Heavy World is in that category.

We've had a lot of interaction with the city council over the years, seeking designation as a music office for the city because the city doesn't have one. Both the city council and the state legislature have offered very kind, supportive resolutions identifying the value of the work we're doing, but it's challenging to put a handle on what a designation means. If the agency of commerce were to invent a music office, it would be a cubicle in a building in Montpelier. It wouldn't be what we do at Big Heavy World.

JL: In my mind, those match up to programs, and we may or may not pursue programming or a project that accomplishes those goals. I think with our research, with our music videos, the directories, we're covering many of the bases you'd expect from a music office or music development office, and then we have fun on top of that with the other things we do. We're holding the fort for music in Vermont in a number of ways, and I think that, all things considered, and in the context of the state of Vermont, we're what we've got for a music office. 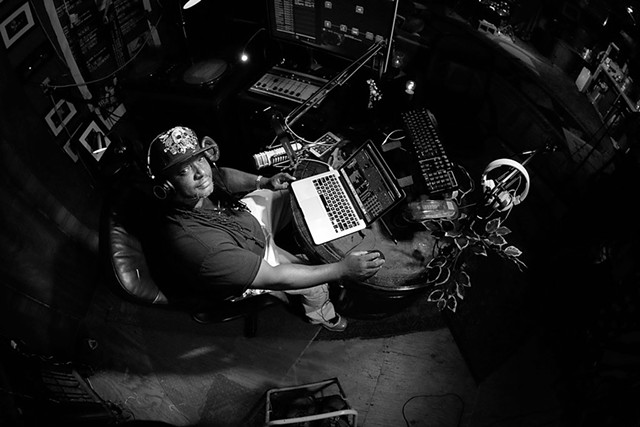 SD: Would winning the award bring Big Heavy World anything other than prestige?

JL: [Laughing] I don't think so. It's just nice to feel validated. The nomination accomplished that. We're up against organizations that have inconceivably more capacity than we do. It's not like I'm holding my breath about how we're gonna come out of the final competition. I'm just delighted that what we have to offer is recognized in a milieu like that. If the perspective of what a music office is was limited to what might be legislated into existence, then it would have a much smaller circle around it. I think that what we have to offer goes above and beyond. And it's nice to have that valued.

SD: I can imagine, especially because, locally speaking, there's not much to bestow that honor upon you.

JL: Last year, the Vermont Arts Council recognized me with an award for arts advocacy. And that filled my heart, you know? I was like, "Oh, damn. I'm not an asshole." Everything that I try to put into the world is meant to be standing on some value or purpose, and for that intention to be recognized is pretty nice.

If we were to experience an equivalent, it would be some kind of memorandum with the agency of commerce, for us to do the work we do in support of their objectives for marketing and economic development. And maybe finding support from the state. That would be the ultimate validation for our statewide inclusive mission.