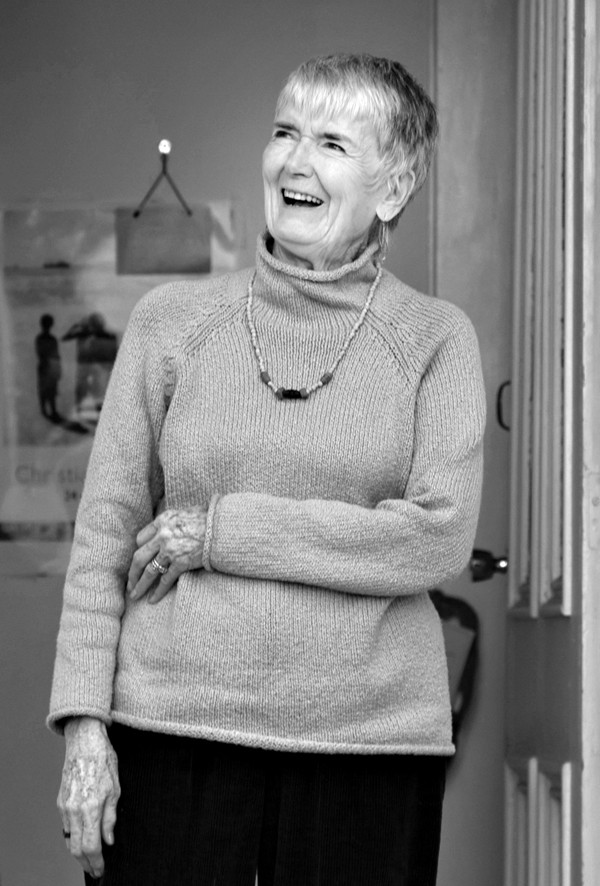 Bette L. Moffett passed on September 11, 2013, at her home in Brandon. She loved Brandon and was eternally grateful for the love and support she received from her community. Born Bette Lou Little on May 27, 1924, in Kingsley, Iowa, she was the daughter of Jack and Lula (Miller) Little. Bette grew up on a farm and attended the University of Iowa. Out of college, she was a buyer for Marshal Fields, in Chicago. In 1951, she married Hugh O. Moffett, an editor for Life magazine, and started a family in Port Washington, N.Y. Relocating to Paris, France, where her husband was assigned as the Bureau Chief for International Affairs, she spent five years abroad and traveled to Africa, India, the then-Soviet Union, the near and far East, and throughout Europe. Settling in Vermont upon the family’s return to America in 1968, she became an active participant in her community, an indefatigable advocate for culture, education and progressive governance. Among her many endeavors, she co-founded the Brandon Thrift Shop; served on the boards of the Brandon Town School, the Neshobe Elementary School and the Brandon Free Public Library; performed in the Marble Valley Players and Night Fires; sang in innumerable choral performances; hosted a radio show on WFAD; organized open mic readings; and wrote the memoir of her childhood, Roots, Shoots & Wings. As a volunteer extraordinaire she received the Vermont Alliance for Art Education Award, the Governor’s Outstanding Community Service Award, and the Vermont State Alpha Lambda State Outstanding Service Award. She moved through life with an uncommon grace, lived large and craved wisdom above all else. She is survived by all who knew and loved her.

A celebration of her life will be held on Sunday, September 22 at 3 p.m. at the Brandon Inn. Gifts in lieu of flowers may be made, in her memory, to Brandon organizations that were touched by her.