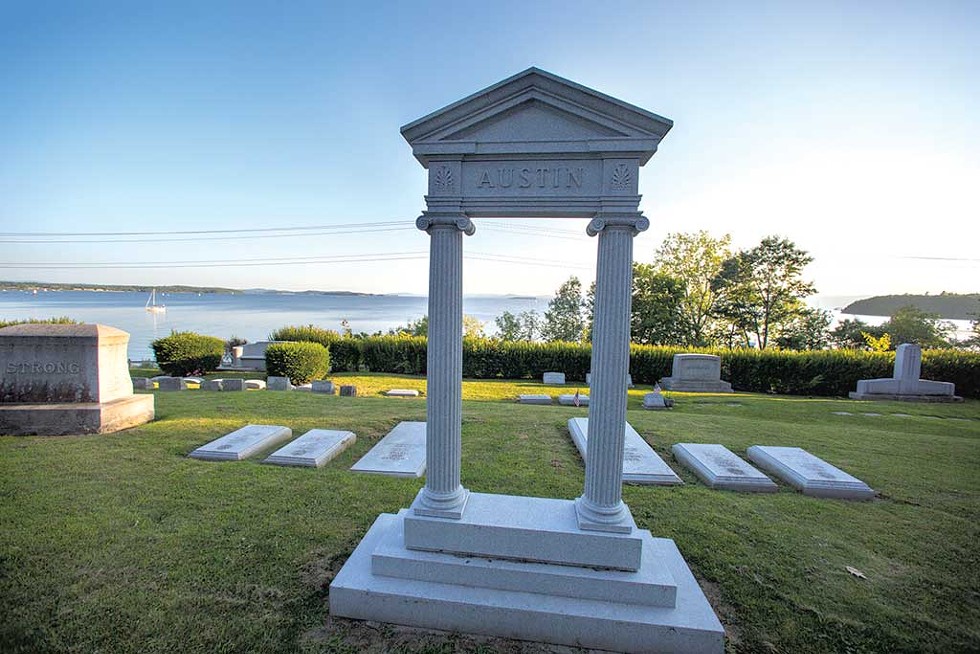 Lakeview Cemetery — The lake view isn’t the only distinguishing feature of this city-owned graveyard in Burlington. Established in 1871, Lakeview was designed as a “garden cemetery,” full of ornamental vegetation, fountains and winding paths, where townsfolk might enjoy a Sunday picnic. The fountains have disappeared, but the leafy lanes remain, meandering past tombstones of Vermonters including Union General George Stannard, who commanded troops at Gettysburg, and Warren Austin, the first U.S. ambassador to the United Nations. Painter Charles Louis Heyde, Walt Whitman’s brother-in-law, is buried here, too, along with unnamed paupers and orphans. Need to do some serious thinking? A meditative stroll through this Victorian-era relic puts things in perspective.