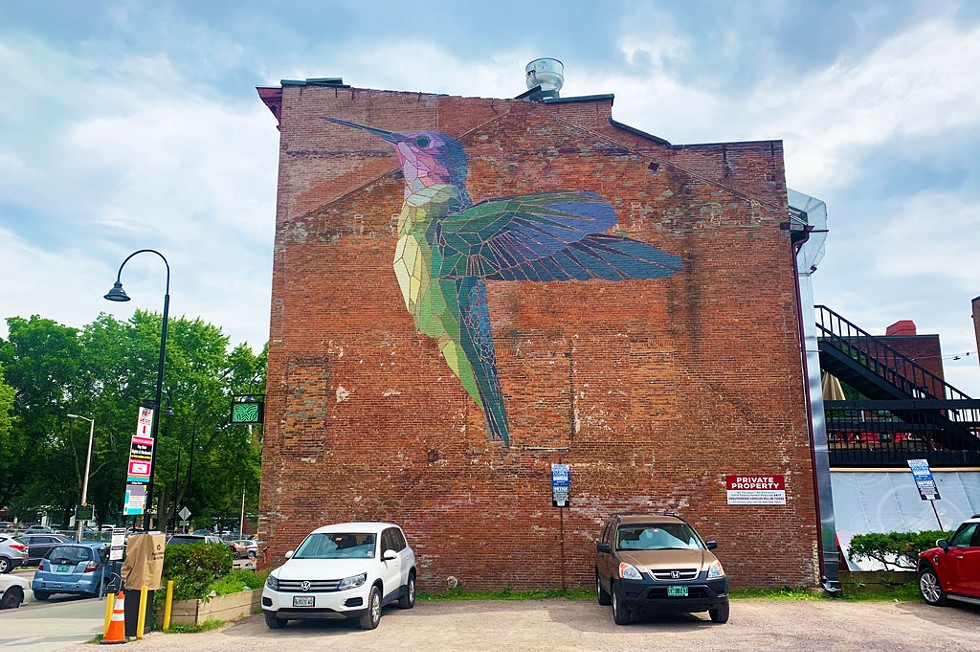 Hummingbird mural by Mary Lacy — In a photo on Mary Lacy’s website, the artist is dwarfed by her giant hummingbird mural on the corner of College and St. Paul streets in Burlington. One eye of the ruby-throated avian wonder is bigger than Lacy’s head, and if its blue-green iridescent wings were in motion, they’d generate a minor windstorm. Commissioned in 2015 by American Flatbread, the mural reminds viewers of the beauty, power and fragility of nature. “I’m really passionate about environmental messaging,” said the artist in a 2016 interview with Seven Days. From elephants and crocodiles to fish and butterflies, Lacy’s signature fractured-style murals capture the eye and the imagination. In real life, the diminutive hummingbird can migrate across the Gulf of Mexico in a single flight. Lacy’s mural makes one ponder, What amazing feats might humans accomplish to protect that journey?