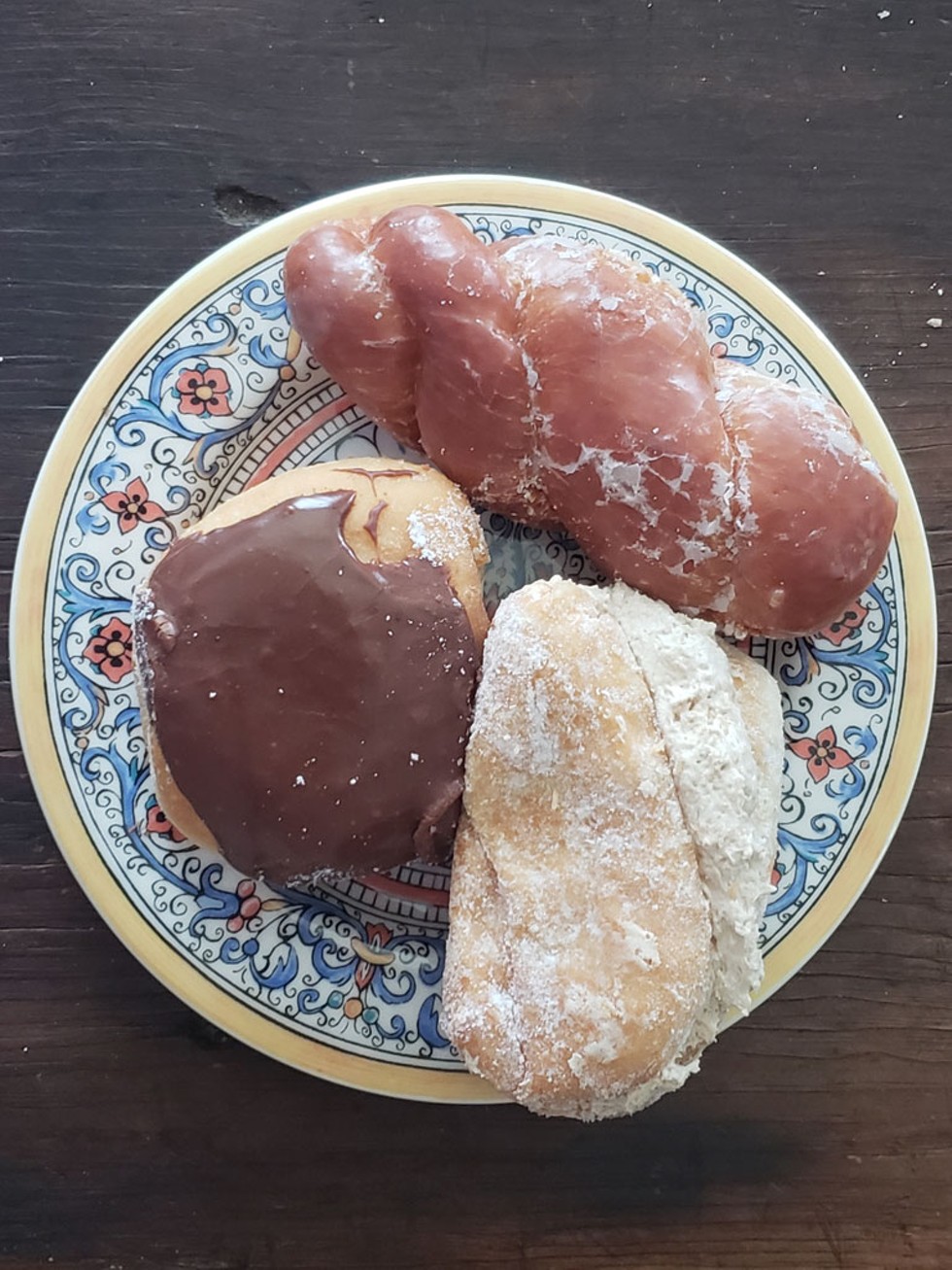 Madeleine's Bakery — A lot of doughnuts have gone down in the last two and a half years. Madeleine's Bakery, which opened in 2011, is a bit of a sleeper in this arena — though not to its fans. Tucked next to an Ace Hardware store off Route 7 in Milton, it's an unassuming, old-fashioned bakery where throngs of doughnut fans line up to pick favorites.

These are not newfangled funky flavors or culinary works of art with seasonal fruit glazes or crispy kid-cereal toppings. Madeleine's traffics in the classics: Boston cream, braided French crullers, chocolate glazed, and, of course, maple frosted and maple cream.

A "plain" jelly doughnut here is anything but. Prepare for a pillowy, sugar-dusted, teeth-sinking orb infused with a rich, jammy center. The Boston cream balances a consummate chocolate glaze against the vanilla custard inside. The maple cream is the real syrup deal in fluffy form, oozing out of a powdered-sugar puff.

While you're at Madeleine's, check out the cinnamon rolls, cannoli, éclairs and cakes that, dare we say, look just as delicious as the doughnuts.