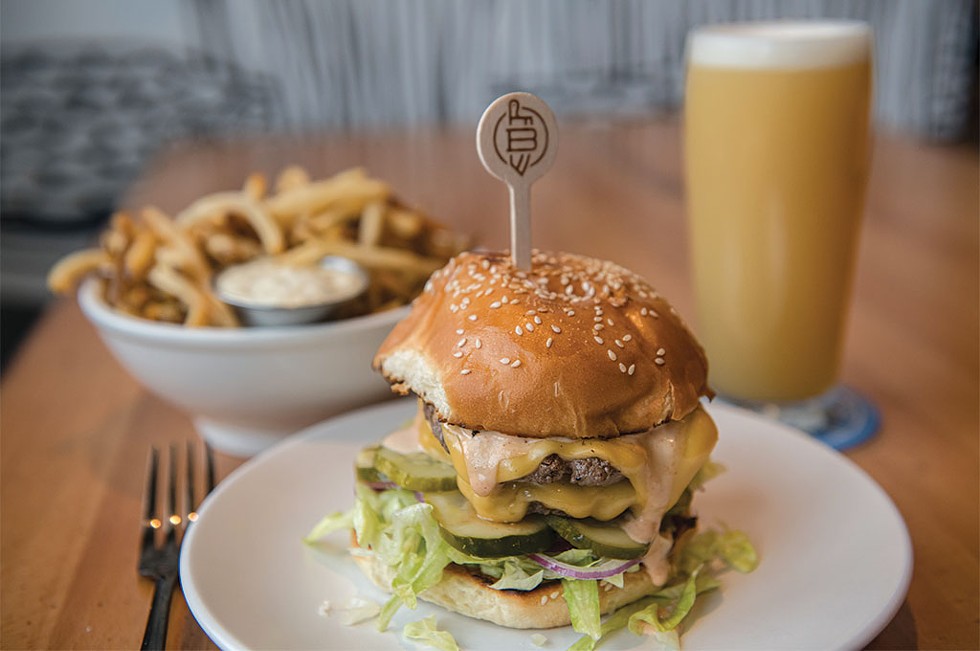 Burlington Beer Company — It took Burlington Beer seven years to open a location in its namesake city but no time at all for the new taproom to become a hopping spot for house suds and top-notch pub fare. Founder-owner Joe Lemnah established his brewery in Williston in 2014 and added a massive taproom, beer-aging facility and shop in Burlington's South End last fall. The company still brews a broad, inventive roster — from Strawberry Whale Cake cream ale to It's Complicated Being a Wizard, a double IPA — in the original facility.

In Burlington, its historic brick building seats more than 235 across several areas, including a high-ceilinged dining room and a beer garden. While sipping beer flights, guests tuck in to juicy, local beef burgers loaded with brew-adjacent garnishes — think hopped pickles and IPA-infused Wizard sauce. Or they can graze on housemade pretzel bites with beer mustard, superlative shoestring fries and crisp wedge salads. It's all well worth those years of waiting, according to Daysies voters.