Berries in Charlotte: From Deep Roots to Sweet Roots It’s blueberry season! And after 40-plus years, the Charlotte Berry farm has turned over a new leaf: It’s now known as Sweet Roots Farm & Market, and owned by Jane and Dan MacLean. In March, the Charlotte couple began a lease-to-own agreement with Vermont Land Trust through the Land Access Program, designed to help new and existing farmers find land to sustain crops and livestock while building financial viability. “I’ve always wanted to have a fruit farm,” said Jane MacLean who started her farming career 15 years ago growing fruit in other parts of the world including stints as a winemaker in Australia and most recently as the head grower at a different Vermont farm. The couple previously owned a farm in Maine, also named Sweet Roots. “We want to set down roots in the soil. We want to take care of the roots that are already here. And we want to create a foundation for our family and our community that is joyful,” said MacLean. They have revamped the farm store as a full market now selling everything from beef to veggies and fruit. They’ve partnered with other local farmers and businesses, including Das ButterHaus, a local bakery in Charlotte, to serve fresh pastries daily. “The goal is to be as family friendly as possible both in what we offer in the market as well as the experiences that families get to have on our farm,” said MacLean. 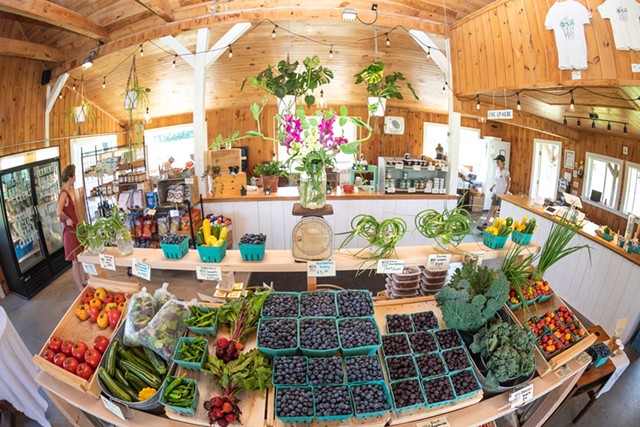 MacLean plans to add more diversity to the farm’s perennial fruit production including vegetables, flowers and herbs, and eventually extend the seasonal business to a year-round operation. “The goal is to take this incredible piece of land and put it into as much food production as possible. It’s an incredible planting that ‘s 40 years old,” said MacLean. Sweet Roots is open during the pick Your Own season on Wednesdays and Sundays from 9 a.m. to 5 p.m., and Thursday, Fridays and Saturdays from 9 a.m. to 7 p.m. Looking for other options? Check out Kids VT's 2018 berry picking roundup, but be sure to call ahead to confirm hours.