by Terri Hallenbeck and Andrea Suozzo

As he seeks the Democratic nomination for president, Sen. Bernie Sanders (I-Vt.) has an ally in Choctaw, Okla. Bill Haivala is an 82-year-old retired electronics technician.

“I like to find people that basically support, if you call it, a progressive or socialist agenda,” Haivala told Seven Days. “Bernie Sanders is talking about how America should look like Scandinavian countries. That rings a bell with me.”

In July, Haivala found Sanders’ campaign website and made a donation: $250. That’s chickenfeed in a political contest. But democratic socialist Sanders is getting enough of it — from letter carriers, artists, accountants, librarians — to make a towering pile.

Sanders’ latest Federal Election Commission filing, released last Thursday, shows that his campaign raised $26.2 million in the three months leading up to September 30. Since he joined the race, roughly 650,000 people have donated to his campaign — and just 270 of them have given the legal limit of $2,700.

Seven Days sliced and diced the data. The campaign collects zip code and employer info from most donors.

Here’s a by-the-numbers look at who’s giving to Sanders — and how the campaign is spending its money. Data are from the quarter that ended September 30, except where noted. 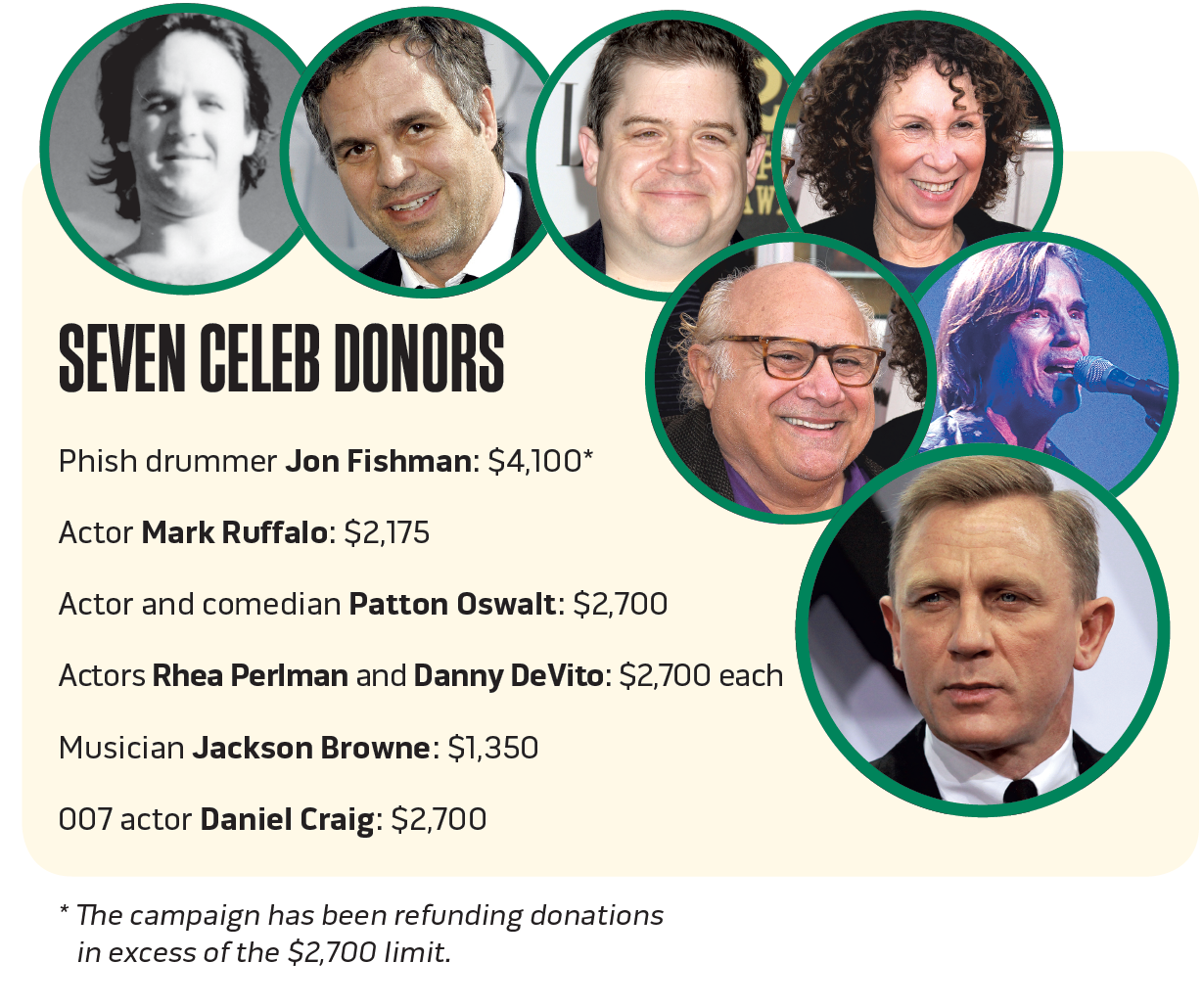