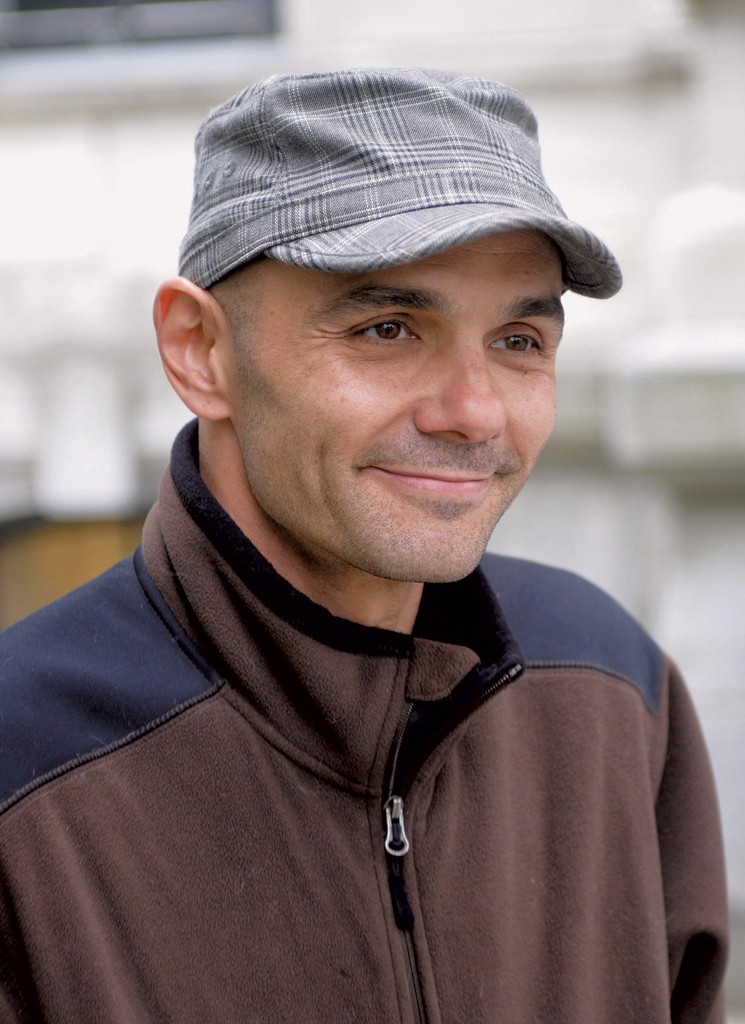 On September 1, Bernard "Bee" Baran died of an apparent aneurysm while sitting on his couch with his niece Crystal Squires and his partner, David Colarusso. Baran was the first American falsely convicted in the daycare sexual-abuse panics of the 1980s and '90s.

He was 19 when he walked into Massachusetts' Walpole State Prison. He came out of Bridgewater Correctional Complex, a facility for sex offenders, at 41, after having spent 21 years behind bars for crimes that never happened. Eight years later, he was dead.

The allegations of abuse against Baran were not as extravagant as those made in other daycare and "satanic" abuse trials: no flights to foreign countries, no animal sacrifice or black robes. Still, the toddlers' testimony — extracted in prolonged and repeated sessions of hectoring, bribery and coaching — was contradictory and patently fantastical. The grand jury saw only the parts of the videotaped interviews where the kids coughed up the "right" answers. The medical evidence was thin at best; the forensics, later discredited as junk science.

After fewer than four hours of deliberation, the jury convicted Baran of the sexual molestation of five children, including three charges of rape. The judge sentenced him to three consecutive life terms.

In 2006, after almost seven years of piecing together a case file that had been destroyed, Boston appellate attorney John Swomley won Baran a retrial and release on bail. The ruling, by Worcester Superior Court Judge Francis R. Fecteau, detailed both the prosecution's subversions of justice and the defense's incompetence. It strongly suggested that Baran was innocent. Nevertheless, the judge imposed stringent restrictions, including an electronic ankle bracelet and a curfew.

Fecteau probably did not expect Berkshire County District Attorney David Capeless to appeal the ruling, or to spend the next three years stalling and stymieing the legal process. The Berkshire Eagle, which had reported the investigation and trial with a powerful bias toward Baran's guilt, now referred to Capeless' "monomaniacal pursuit of Baran, despite all the evidence that the original trial was a travesty."

In 2009, a higher court upheld Fecteau's decision. Defeated but unrepentant, the DA dropped the charges. The restrictions came off. Later, Swomley won Baran civil damages, with which he bought a home and a rental property. But the state resisted expunging Baran's criminal record. It is still not cleared.

Few people are really free when they're released from prison. Baran was fearful — of public transportation, of being without Colarusso. "After over 21 years of having to ask permission every time he passed through a doorway, he had trouble taking the initiative and opening a door," playwright James D'Entremont told me. D'Entremont and his partner, writer and computer consultant Bob Chatelle, researched the case, founded the Free Baran defense committee, got Swomley involved, and became Baran's loyal friends and protectors. They came to feel like his fathers.

Until Baran was freed, by the way, no GLBT organization acknowledged his existence, much less his plight. This is especially maddening, because — aside from the bad luck of being a nursery school teacher during a national daycare hysteria — one thing did Bee Baran in: homophobia.

The father who first accused him of molestation complained to the daycare center that he "didn't want no homo" working with his kid. In a later deposition, that man's wife said she believed at that time that gays "shouldn't be allowed out in public."

The school authorities told the complaining couple that Baran's sexual preference was none of their business. Still, the board of directors held a special meeting to discuss his homosexuality and questioned him about it before opting to keep him on. 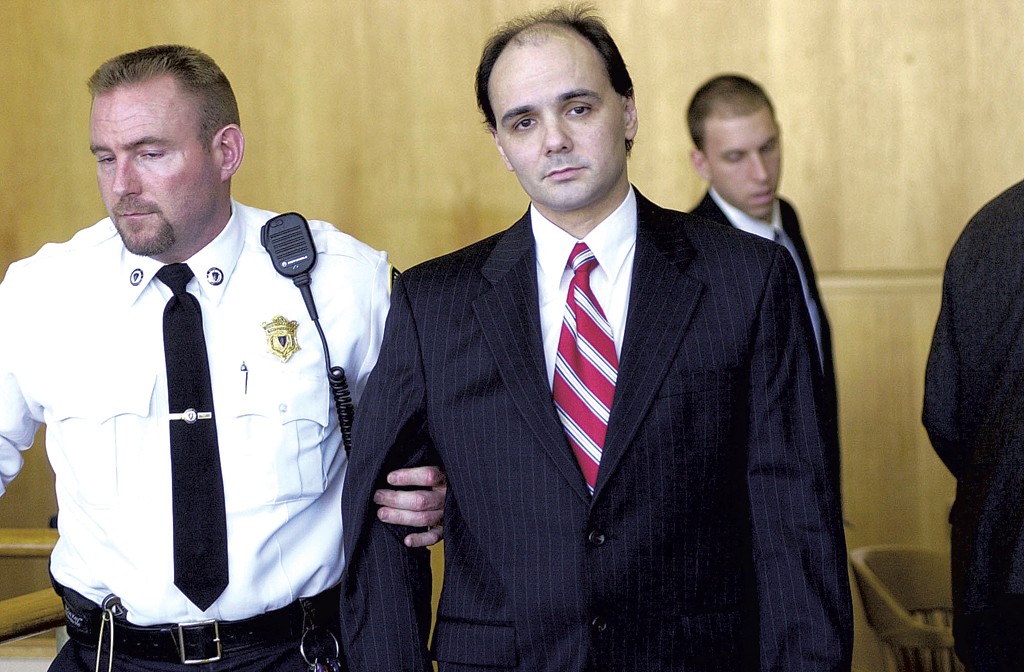 Shortly after Baran's arrest, the police raided a former roommate's house and took that roommate to be questioned by District Attorney Daniel Ford, Baran's prosecutor. Ford "called me a 'fag' repeatedly. He asked if I was a 'homosexual,' pronouncing the word in a derogatory way, and he demanded to know if I was Bernie's lover," reads the roommate's 2004 sworn affidavit. "When I denied that I had ever molested children and said that I had no knowledge that Bernie had molested children, he accused me of lying. He said he would come after me next."

At trial, Ford presented the case of a 4-year-old alleged victim who tested positive for gonorrhea of the throat. Baran's gonorrhea tests were negative. Evidence suggested a family member had molested the child. Nevertheless, Ford brought in an expert witness to testify to the prevalence of gonorrhea among homosexuals.

Baran's fellow inmates shared those feelings. Almost immediately, they began to assault and rape him. There were "smokes on my head," Baran later said in a letter — cigarettes offered as a reward for the man who succeeded in murdering him.

Homophobia suffused the daycare and satanic-abuse panic. In 1988, Margaret Kelly Michaels' prosecutors spent two days detailing the same-sex relationship she'd had, implying that lesbianism compelled her to perform such abominations as forcing children to lick peanut butter off her genitals at the Wee Care daycare center in Maplewood, N.J.

During the Texas trial of the San Antonio Four — young working-class lesbians falsely accused of sexually assaulting one of the woman's two small nieces — the prosecution referred repeatedly to the defendants' "alternative lifestyle." Two of the jurors expressed openly homophobic attitudes.

In every state, teenagers under the age of consent may marry other minors or adults, with parental or judicial consent. But the majority of states do not permit same-sex marriage, so gay or lesbian minors, or legal adults who have homosexual sex with them, can be arrested.

The assessment tools that rate a male former offender's threat to public safety — which determines what conditions and restrictions he's subject to — assign risk "points" for having a male victim.

Among the other shackles that continued to hold Baran was chronic pancreatitis, along with other serious health problems resulting from years of negligent prison medical "care."

Still, it's inaccurate to say that prison killed Bernard Baran. Even healthy people have aneurysms. Rather, prison took his life.

Similarly, homophobia did not kill Baran — but it was the accomplice holding the gun.

Before he died, Baran was beginning to enjoy life on the outside. Chatelle recalled the "glorious time" that he and D'Entremont had taking Baran and Colarusso to New York for Pride weekend. "Neither of these guys had been anywhere," Chatelle wrote me in an email. "I remember especially their amazement when we brought them to Times Square at night." At the Pride march, after initial discomfort on Colarusso's part, "they took off their shirts and held hands, beaming at us and at each other."

It is hard to savor the sweetness of that image without tasting the acid of hysteria and hatred. It is impossible to mourn this short life without cursing a system that wastes good people without reason.