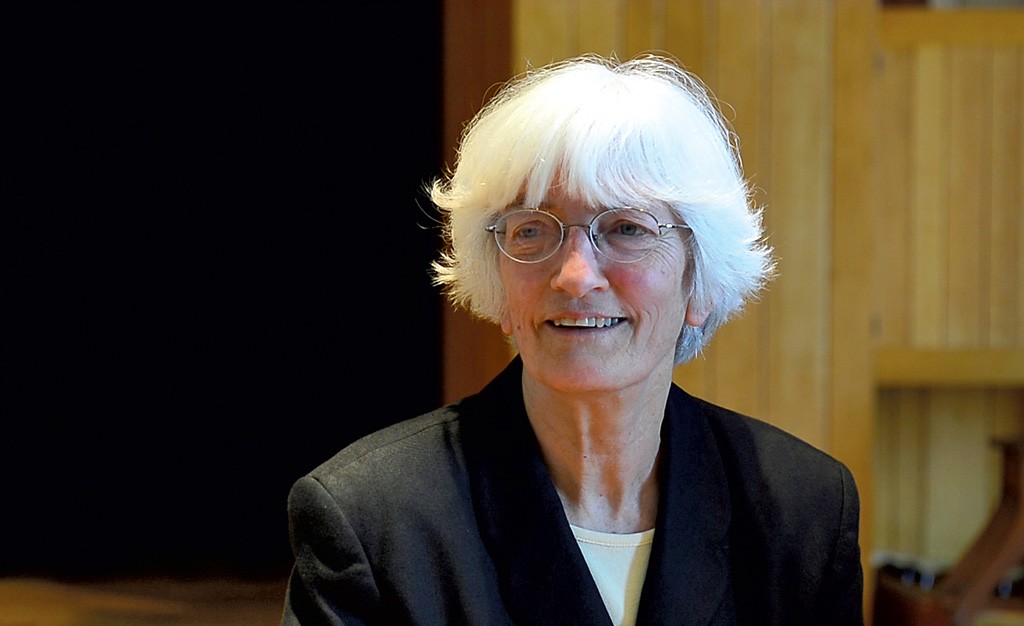 In 1987, after she built her house in Berlin, Vt., pianist Sylvia Parker began hearing rumors about the neighborhood's musical history. "People started asking me, did I know anything about a musician who once lived up the road?" recalls the University of Vermont music professor. "Finally I just heard too much of the gossip to put it away."

Parker soon discovered that the "musician" was Hungarian composer and pianist Béla Bartók. During the summer of 1941, Bartók spent a month at a friend's house "a short walk" down the road from Parker's. The discovery impelled the UVM prof to become a Bartók scholar herself — work that culminated in her just-released two-CD set of solo piano works, Bela Bartók: Peasant Jewels.

For the project, Parker did an immense amount of research — rather like her idol. Beginning in 1906, Bartók spent years traveling around rural Hungary and environs, recording disappearing peasant folk music on an Edison wax-cylinder phonograph. A graduate of, and then piano teacher at, the Royal Academy of Music in Budapest, this urbanite nonetheless coaxed thousands of peasants into singing and playing folk instruments for the strange machine.

While those melodies' scales, rhythms and phrase structures permeate Bartók's work, he also preserved hundreds of the original songs whole, in arrangements for a variety of instruments. Parker sifted through the composer's oeuvre and found 150-odd arrangements of peasant songs for solo piano, carefully notated with precise places of origin. They are collected for the first time on her CD, recorded at UVM and available through Centaur Records.

The name Peasant Jewels echoes Bartók's written wish that his arrangements would elevate the peasant songs he loved, like settings for jewels, ensuring their longevity. Parker's precise playing does that wish justice. Each of the 150 pieces — most lasting less than a minute — is a small surprise for the listener. One Romanian Christmas carol, for example, is 16 seconds long yet changes time signatures three times, from 5/8 to 2/4 to 3/8.

Tom Read, a composer and UVM music professor emeritus whose music Parker has often premiered, points out that many of these pieces are rarely heard on the stage, or are used as "filler" on other recordings. Those grouped under the headings "Hungarian Melodies for Children" and "Slovak Melodies for Children" are often used to teach piano students. Yet, says Read, "[Parker] approaches them like a Mozart sonata." Her playing not only has technique, he adds, but also "a very nice lyrical quality, and a sympathetic approach."

One of Parker's former piano students, Alison Cerutti of Northfield, is now a piano teacher herself and an adjunct music teacher at Norwich University. Cerutti says of the CD, "Everything [about her playing] is carefully planned and executed. All her ritardandos are carefully crafted. It's very clear and clean."

Cerutti, who invited Parker to give a lecture-recital on Bartók at Norwich two years ago, recalls the latter as a meticulous and thorough teacher. She's not surprised by the level of attention Parker has given both her recording and her research.

Judging by the walls of her UVM office, Parker has left no stone in the Bartók-in-Vermont story unturned. Pointing to one of several enlarged black-and-white photos of the composer at the house in Berlin, she says, "I know just where that path is." Bartók stayed at his friend Agatha Illés' summerhouse, which fell into neglect and was burned by the local fire department for practice in the 1970s. Parker traced the entire history of the property in a piece for Vermont History Journal; a poster version she made for an educational talk currently hangs in the UVM Recital Hall lounge.

Bartók immigrated to the U.S. in 1940 to escape the Nazi takeover. He wrote no music during his Vermont stay, Parker says. Instead, hampered by still-undiagnosed leukemia, which would lead to his death four years later, the composer spent his days organizing Romanian songs for publication. His summer was cut short when Illés took Bartók and his wife on a tour of the Rock of Ages quarry in nearby Barre. An air-raid drill occurred during the outing, triggering Bartók's memories of real air raids he had endured. He never returned to Vermont.

Bartók's transcriptions of his recordings survive almost by a miracle. Before leaving Europe, he shipped them ahead in two large trunks. The composer arrived in New York in October 1940 to find they had been lost en route — only to be located and delivered in January 1941.

The recordings were digitized by the Institute for Musicology at the Hungarian Academy of Sciences in 2007, but the website isn't easy to navigate. In 2008, music librarian Vera Lampert organized them into a sourcebook and accompanying CD, on which Parker drew for her project. Parker includes six brief, scratchy-sounding recordings at the end of her own CD set that can't help but move listeners. Three are of folk instruments, the other three of voices; of the latter, one — a group of girls singing in unison — ends with a peal of laughter whose immediacy makes the century since its recording seem to vanish.

Parker says that, while she "didn't care for Bartók" as a young pianist, now "I love every note he wrote." That includes both the "esoteric, virtuosic" works and "those pieces on the other end," the folk melodies collected on Peasant Jewels. "They're more neglected," Parker says, "but they're the foundation of all his thinking."