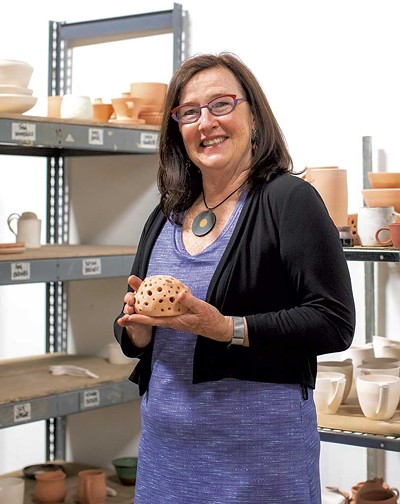 Making art accessible to all has been the mission of Burlington City Arts since it was founded in the 1980s, when Bernie Sanders was mayor of the Queen City.

A department of the City of Burlington, BCA meets its mission in partnership with the BCA Foundation, a nonprofit that fundraises to support exhibitions, events, public art and education programs — BCA offers classes and camps that teach everything from screen printing to pottery-making.

For years, the BCA offices and classrooms were housed at Memorial Auditorium. But when the building was deemed unsafe in 2016, executive director Doreen Kraft had to find a new home. She toured storefronts, office buildings and church basements. “We could not find the volume of space we needed in Burlington that would be affordable,” Kraft recalls.

Former board member Skip Farrell came to the rescue; he offered space in his Farrell Distributing warehouse on Pine Street. Kraft knew he planned to sell the building eventually, and thought BCA might be interested in buying it — someday.

The day came in the spring of 2018, much sooner than Kraft expected. Farrell was willing to donate part of the proceeds of the sale back to the nonprofit, but BCA would still be on the hook for $2.5 million. And it had just six months to raise the money.

The building’s location made it eligible for a New Markets Tax Credit loan. But, Kraft explains, those are “extremely, extremely hard for nonprofits to get” because of the extensive paperwork involved.

Then mission-driven Mascoma Bank, which has a branch right next door on Pine Street, stepped up to help. As a Certified B Corporation, Mascoma takes into consideration the value its investments bring to the community. After documenting the benefits of having an art center in that part of the neighborhood, Mascoma Bank and Mascoma Community Development supported BCA through the New Markets Tax Credit process and securing financing.

“They really were fabulous partners,” says Kraft. “They shepherded us through the whole closing process. They were just superheroes.”

As it turns out, the timing was perfect. When COVID hit, BCA was able to spread out into unused parts of the warehouse to meet distancing requirements and set up stations for temperature checks. “During the pandemic, actually owning the building made our programs possible,” says Kraft.

Kraft believes the COVID crisis has made people much more aware of the importance of strong arts and culture organizations, and the role they play in supporting a thriving local economy. Both Mascoma and BCA understand that connection, and that, as Kraft says, “Culture is critical.” 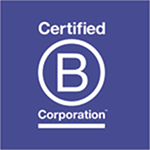