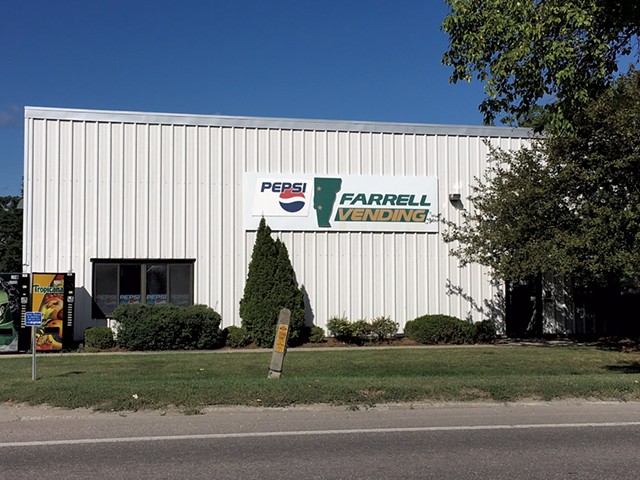 In recent weeks, two mainstays of the Burlington arts community, Burlington City Arts and Generator, have furthered their plans to vacate Memorial Auditorium by the end of the year. The 1927 building has been home to BCA's clay and print studios and classrooms since their inception in the late '90s, as well as to Generator since the maker space's opening in 2014. Both organizations will transition to leased spaces in the South End Arts District: BCA at 405 Pine Street and Generator at 40 Sears Lane.

BCA has signed a lease with Skip Farrell of Farrell Vending, initiating the process of adapting the approximately 7,000-square-foot former industrial space into new classrooms. Executive director Doreen Kraft commented by phone, "We've been able to get the contract through city council to hire [TruexCullins Architecture + Interior Design], and we're in the design phase right now."

For the first time, all of BCA's education spaces will be under one roof. The photography studio, currently housed in the basement of BCA Center, will also be relocated to the new Pine Street location.

While the City of Burlington will pay the cost of the lease, Kraft said that BCA is beginning a capital campaign to support the move. Besides funds for regular programming, BCA hopes to raise an additional $750,000. Kraft noted that the organization aims to open on Pine Street as soon as possible after classes at Memorial end in December.

For its part, Generator will lease an 8,540-square-foot warehouse space from Champlain College for three to eight years. According to the maker space's website, "Generator will miss the advantages of a direct partnership with the City as well as a central location." But communications coordinator Annika Rundberg noted a plus side of the move: The new space can accommodate more member studios. Preregistration for those will begin soon, Rundberg said.

Generator will close for the month of December with plans to reopen in its Sears Lane location on January 2. Earlier this year, board chair Michael Metz announced a capital campaign to support the move; according to the website, two-thirds of the $300,000 goal had been raised as of July 28.

What about Memorial Auditorium? "My aspiration will be that we find the highest and best use for the building," Kraft said. She imagines a public-private partnership that will allow for its continued use.

"There's so many memories tied to that building and its public-service role," Kraft added. "It's the largest civic space that we have in Burlington. Nothing is permanent, and things will change. But if this isn't going to be that kind of gathering space, where will that be for the community?"