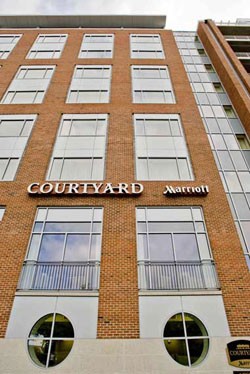 A Battery Street developer has agreed to pay nearly a half-million dollars into the city’s Housing Trust Fund rather than meet a mandate to build affordable housing units near the Burlington Waterfront. The agreement, approved by the Burlington City Council last week, ends months of extensive negotiations with the developer and helps the city avoid potentially lengthy and costly litigation. The deal also frees up the property, at Battery and Cherry streets, for future development.

The so-called Lofts Building was supposed to be the last phase of the four-part Westlake Development Project, which also included the Westlake luxury condominiums, the Courtyard Marriott and a public parking garage. The first three phases of the project have already been completed.

The fourth phase was proposed as three floors of commercial real estate and 13 residential units, of which seven were to be set aside for low- and moderate-income residents. In 2006, the permit was amended to eliminate one floor of commercial property and replace it with eight more residential units. In exchange for building housing in the downtown area, the developer, Westlake Residential Partnership, was given permission to add 20 feet to the height of the hotel and apartments.

Last summer, however, Westlake notified the city that it had run into some legal and technical snafus that prohibited it from completing the project as proposed. To date, no affordable units have been built on any of the properties.

David Scheuer, a partner with Westlake, was out of town this week and couldn’t be reached for comment. Burlington City Attorney Ken Schatz said that, from the city’s standpoint, Westlake was primarily an economic development project, not an affordable housing development. To date, it’s contributed about $120,000 per year in gross receipts taxes, not including city property taxes.

“While we’re still frustrated by the fact that the Lofts Building wasn’t built, from our perspective [this agreement] makes the best of a bad situation,” Schatz says.

Under Burlington ordinance, builders must include a certain percentage of affordable or “inclusionary” housing units in all residential projects, or else pay into the city’s housing trust fund, which can only be used to build more housing for low- to moderate-income residents. To date, in-lieu cash payments to the city are extremely rare, in part because it’s usually cheaper for developers to build apartments than fork over the cash.

The Westlake project was approved under Burlington’s old zoning ordinance, which didn’t specify the amount of in-lieu payments. Under the city’s newly adopted ordinance, builders must now pay $100,000 for every affordable housing unit they’re required to build, but don’t. According to Schatz, the Westlake developer will pay about $41,000 for each inclusionary unit that wasn’t built.

Debbie Ingram, executive director of Vermont Interfaith Action, a coalition of religious groups that advocate for more affordable housing options, says that although citizens got “short shrift” on this project, she hopes the city learned a valuable lesson. While she recognizes that the new zoning ordinance will help address the problem somewhat, “We feel that we still need to be vigilant. The laws won’t take care of it automatically.”

One possibility, Ingram suggests, is that the city require future developers to post a bond guaranteeing construction of required affordable housing, a suggestion the city is now considering, according to Brian Pine in the city’s Community and Economic Development Office.

Westlake’s settlement agreement is headed to the Development Review Board for final approval.