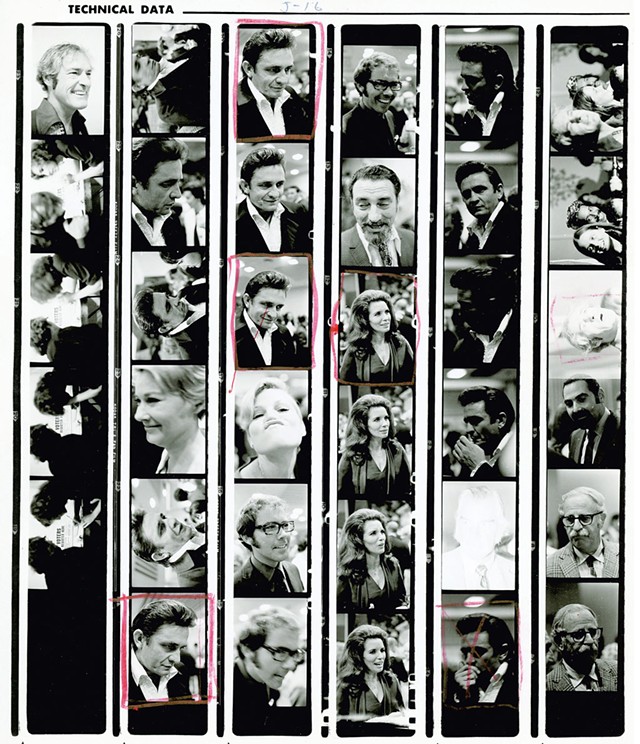 Tamara Nicolai didn't think much of the old photo of firefighters. It was clearly from the 1960s and staged — perhaps a publicity photo of a controlled burn for a Los Angeles fire department, she thought. To Nicolai, who in 2014 was going through file cabinets full of photos in the LA home of her then-recently deceased mother, the shot looked cool but not worth saving. She handed it to a friend, who was helping her sift through the photos, to add to the discard pile.

The friend swore loudly. "Tamara, do have any idea what this is?" She confessed she didn't.

The photo was from the set of Hellfighters, a 1968 action flick about oil-well firefighters starring Katharine Ross and Jim Hutton along with Wayne.

"It's amazing to come across these things that you know no one has seen." Tamara Nicolai tweet this

Another set of photos included one of a stunt motorcyclist dressed in a yellow jumpsuit. If he'd been wearing his customary red, white and blue, Nicolai might have recognized him more easily: Evel Knievel.

"That was when we started realizing what we had," Nicolai said in a recent phone interview.

Nicolai, 51, is best known as the bassist for jazz and swing band the Squirrel Nut Zippers. In the 1960s and '70s, her parents, Mario Romo and Penny Nicolai, owned and operated World Features Syndicate, a boutique photo syndication firm in Hollywood. When Penny — a journalist and photographer — died in 2014, Nicolai inherited her mother's archives: more than 13,000 photos, negatives and slides.

Years later, going through the collection again with her friend Luke Awtry, a Burlington-based photographer and Seven Days contributor, Nicolai discovered that the firefighting Duke and yellow-clad Knievel were only the start of its intrigue.

"The history that was captured and the level of access that [Penny] had was the highest possible level," Awtry said. 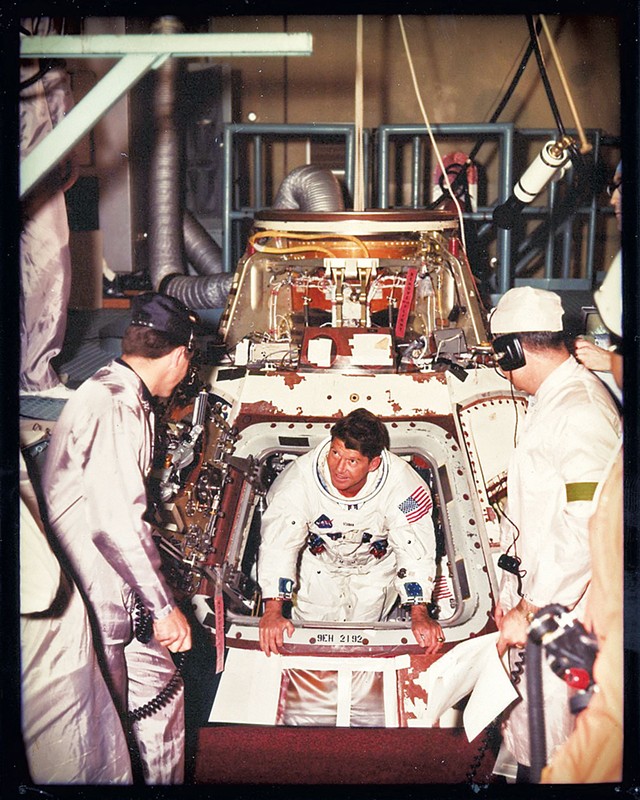 Nicolai's collection is a treasure trove of snapshots from across the entertainment and pop culture landscape of the 1960s and '70s. It includes rarely or never-seen images of rock and movie stars such as Janis Joplin, Johnny Cash, Julie Andrews and Paul Newman.

It also offers new angles on iconic events, such as Jimi Hendrix lighting his guitar on fire at the Monterey International Pop Music Festival in 1967. There are photos related to the Apollo missions and the "Batman" TV show. Oh, and there's a dancing bear chugging beer at a strip club.

"It's amazing to come across these things that you know no one has seen," Nicolai said.

For a few years, she admitted, the photos sat untouched in her Atlanta home after she moved them from LA. She felt intimidated by the sheer size of the collection and the emotional toll of encountering memories of her mother; Penny took most of the photos and often included handwritten notes with them, as well as other writings. Nicolai had half-heartedly asked some photographer friends about helping her sort through and catalog the collection, she said, but no one jumped at the monumental task.

Then, one night in 2018, when she was performing with the Zippers at Higher Ground in South Burlington, Nicolai met Awtry, who was shooting the show. The two hit it off, and Nicolai eventually invited Awtry to Atlanta to comb through the photos.

"Every envelope, every contact sheet, every set of negatives was just filled with things that excited us," Awtry recalled. "It was the coolest project I've ever worked on."

Some photos were deemed too sensitive for public consumption and returned to their subjects. Awtry wouldn't divulge names, except to note that "anything Disney-related" was returned because, he said, "You don't fuck with the mouse."

Awtry's knowledge of photography and digital archiving tools was helpful in cataloging the collections, Nicolai said. But it was his immense musical knowledge — and private-eye-like sleuthing skills — that proved most valuable in helping her make sense of what the archives hold.

For example, anyone could recognize that a photo of Neil Young playing a Flying V guitar onstage in 1972 was pretty cool. But few would pick up on the fact that Young usually played a Les Paul, not a Flying V. Awtry used that nugget of information to figure out exactly where, when and why Young was playing that guitar.

"He narrowed it down to a single night when [Young's] guitar was broken, he couldn't get the guitar he wanted and someone gave him a Flying V," Nicolai said. She added that Awtry similarly dated a Rolling Stones photo based on Mick Jagger's scarf.

Awtry used other minute details to place Newman at an anti-war rally, Cash at a voter drive, and Frank Sinatra and Debbie Reynolds at an obscure awards ceremony.

"If you need somebody to figure out what's going on in a photo, Luke is definitely your guy," Nicolai said.

Awtry added, "We figured out a lot of things that were very challenging to figure out and required a lot of investigation."

Nicolai said she has different plans for different pieces of the collection, which she described as very niche. 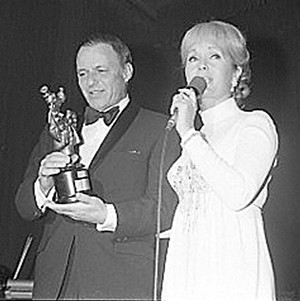 "While it is a vast collection, it isn't what I would call a coherent collection," she said, citing the range of subjects and interests her mother captured in photos. Some pieces will be sold off individually, most likely to collectors or archivists. Nicolai will keep others for herself.

And there's one box of photos that she hopes to turn into a book. It's full of photos taken at old strip clubs along with location information and notes, probably from articles about the clubs.

"We think of strip clubs now mostly as seedy places," Nicolai said. "These are not that."

The audiences in these photos, she explained, consist of well-dressed men and women, often shrouded in cigarette smoke. In one series, a full band plays behind a topless dancer in a bouffant hairdo and sequins. Then there's the dancing bear.

"He's wearing a muzzle; he's dancing with a girl who's got a very 'I Dream of Jeannie' look about her," Nicolai said. "And then he's drinking beer.

"So you dressed up. You put on your pearls. You went out with your man to watch women dancing with a bear to live music," Nicolai said. "I have trouble even imagining this world."

The original print version of this article was headlined "Moving Pictures"