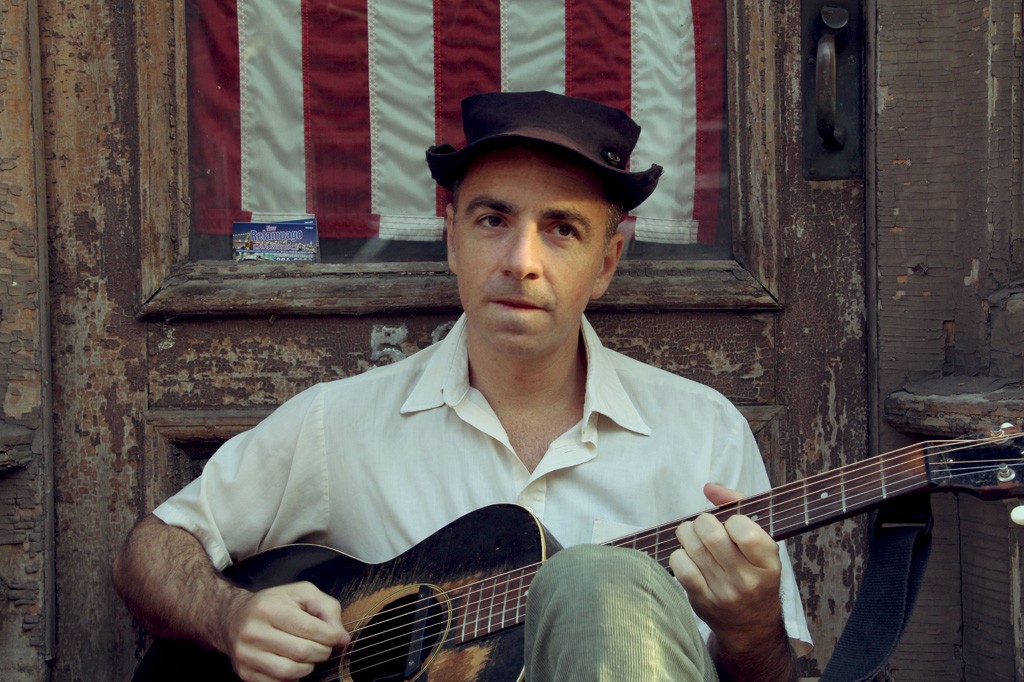 In 1967, in the lower level of a little pink house in West Saugerties, N.Y., half a dozen young men rewrote the history of American popular music. Nearly half a century later, just as the complete version of their epochal recordings is finally seeing the light of day, Brooklyn musician Howard Fishman will visit Burlington as part of his years-long "investigation" of exactly what makes Bob Dylan and the Band's The Basement Tapes so vital.

It's serendipitous that Fishman's "The Basement Tapes Project" comes to the FlynnSpace three days after Columbia/Legacy's long-awaited release of The Basement Tapes Complete: The Bootleg Series Vol. 11, a six-CD set that includes all 139 tracks from that historic session. (The official 1975 release of the album included only a small portion of the original recordings.) For Fishman, that coincidence is a happy one. It dovetails with his mission of spreading the gospel about these recordings, which bucked 1960s rock music tradition by digging deeply into traditional American folk, country and blues.

In advance of his November 7 performance — at which guitarist and singer Fishman will be accompanied by another guitar, violin, drums and even a sousaphone — the creator of "The Basement Tapes Project" spoke with Seven Days about the enduring relevance of songs that were recorded in the presence of several dogs and an old furnace.

SEVEN DAYS: What's your own history with The Basement Tapes?

HOWARD FISHMAN: Somebody handed me the five-CD bootleg set A Tree with Roots — which was the basis for the Greil Marcus book The Old, Weird America [about the making and impact of The Basement Tapes] — and, like everybody else, I just totally fell in love with it. Then that book came out, and I incorporate it into the show by doing some readings from it. It's a really wonderful book, and it goes along really well with the music.

SD: What's the genesis of "The Basement Tapes Project"?

HF: The project has been around for a while. When it started, it was supposed to be just a one-shot thing at [New York City's] Joe's Pub in 2006. I pitched [the club's owner] on the idea of doing a three-night marathon of the complete, unreleased Basement Tapes. The shows very quickly sold out, and word got up to Lincoln Center. They decided to program it that following season as part of the American Songbook series. Since then, it's taken on a life of its own.

HF: It totally varies from performance to performance — we include different songs, and the arrangements change from night to night. It's usually pretty spontaneous, with a lot of improv going on all the time. We're not playing it like the record; we're not doing a re-creation. We always use the songs as launching pads for doing our own things with them, in the spirit of The Basement Tapes. That's the best thing about those recordings: that feeling of spontaneity, that nobody's listening, nobody's watching. Let's just have fun — that's always been the approach when I do this show.

SD: What do you think explains the ever-growing appeal of the traditional American music that The Basement Tapes uses as its central point of reference?

HF: The indigenous music that became what we now know as folk and country and jazz and blues — I feel that a lot of that music is just so weird and so primal. When you listen to those very early recordings, it does sound like a different world, like a different culture. Many of those recordings sound very menacing and ghostly and creepy, and a lot of the strains of the music are quite violent, lyrically. People today can be so shocked about the violence in the lyrics of contemporary music, but if you go back to [1920s banjo player] Dock Boggs, it's raw and violent, just done in a different way. [That music] is part of our culture that is only just starting to be studied and brought into the canon. It should be a part of all of our consciousnesses that this crazy music is part of our country's culture.

SD: What about the continued appeal of The Basement Tapes themselves?

HF: One of the reasons that I decided to take on this project is that I felt like this is some of the best Bob Dylan music out there, and nobody's ever heard it. Until it was announced that it was going to be released [this] week, this music was totally underground. I felt like everybody should know this music. It's the bedrock of a part of our American music.

HF: I like to keep myself busy, and I have all these other projects. That was a one-off; I was commissioned to write the score to that film. I actually used the same band, instrumentation and personnel as for "The Basement Tapes Project." We've only done it one other time since [it was commissioned], but it could be performed at any time.

SD: Do you have any idea if Bob Dylan or the surviving members of the Band know of or have opinions about your project?

HF: I doubt they're even conscious of it. I had talks with Jeff Rosen, Dylan's manager, just to get the rights and permissions to do it, which he was so nice about giving. But I'm sure that those guys have better things to do than to check out what I'm doing.