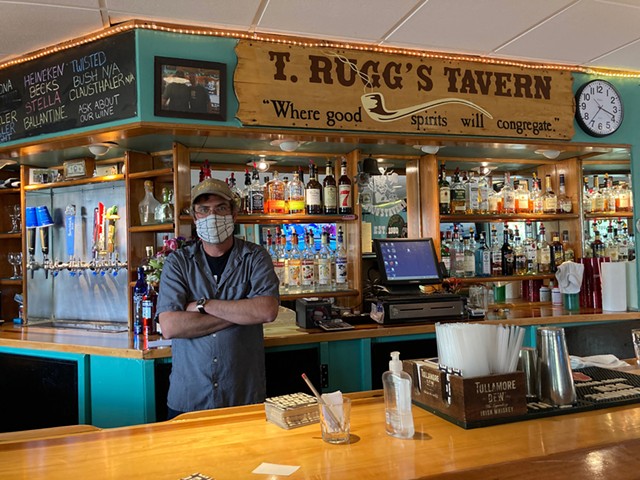 Mike Dunn has been a regular at T. Rugg's Tavern in Burlington's Old North End since he was 21 and was a bartender there for three years. Now the 35-year-old Burlington man owns the bar at 149 Elmwood Avenue.

Dunn purchased the business from Tom Rugg, its owner of 41 years, on May 1 and received permits to operate on May 14, he said. He plans to keep the bar's name and "vibe."

Dunn has been a bartender in and around Burlington for years, having worked at the Monkey House, Misery Loves Co., Restaurant Poco and others. As owner of T. Rugg's, he plans to tend the bar at least four days a week.

"When I'm behind the bar, it feels pretty much the same," Dunn said. "I tell you what was weird. I came in for a drink [on Sunday], and I got my first drink served to me as the owner. That was weird."

He had an Italian Greyhound — a cocktail of vodka, grapefruit juice and Campari.

While sticking with the vibe, Dunn plans to update the bar's offerings to reflect today's beverage trends. "It'll still be a place to get a PBR," he said. "But there may be some local IPAs and lagers, too — a good mix of both."

The original print version of this article was headlined "New Owner at T. Rugg's"