Barbara Floersch On 'You Have a Hammer,' Her 'Why-To' Book on Grant Writing for Social Change | Books | Seven Days | Vermont's Independent Voice

Barbara Floersch On 'You Have a Hammer,' Her 'Why-To' Book on Grant Writing for Social Change 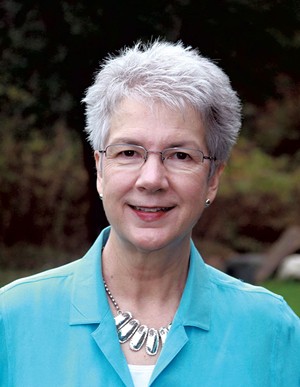 As the world inches closer to whatever our post-pandemic "normal" will be, the nonprofit sector will necessarily play an important role in the recovery. That's especially true where social good is involved.

"I don't mean to be irreverent to nonprofits," Vermont-based grant-writing expert Barbara Floersch said in an interview. "But governments use them as social service sweatshops. If they see some demand that they've got to meet, the money goes out to nonprofits, who do it at a fraction of what it really costs to do."

One way nonprofits operate on such slim margins is through grant funding. Grants are a critical component to the revenue structures of most organizations. That means successfully applying for grants will be particularly important in the months ahead. But, according to Floersch, when it comes to grant seeking, many nonprofits are doing it wrong. And she would know.

Floersch, of Berlin, has more than 40 years of experience in the nonprofit world. She literally wrote — or cowrote, anyway — the book on writing grant proposals. Floersch coauthored the 2015 edition of Grantsmanship: Program Planning & Proposal Writing with Norton Kiritz, founder of the Grantsmanship Center, where Floersch was a grant-writing trainer for 21 years.

"We need to recalibrate how we think about grants." Barbara Floersch tweet this

The New York Times called Kiritz's original 1972 edition of Grantsmanship the "grantseekers' bible." While that book is a how-to for grant proposals, Floersch refers to her new book, You Have a Hammer: Building Grant Proposals for Social Change, as the "why-to" manual. Short and conversational in style, the book argues for a more holistic and intentional approach to nonprofit fundraising, and especially to grant seeking. By framing proposals around principles of activism and change, rather than simply the need for money, Floersch suggests that not only will nonprofits be more successful at securing funds, but they'll become more successful organizations, period.

"Just because you need money doesn't mean you necessarily need a grant," she said. "Grants are great tools, but let's use them correctly. Let's get serious about how to use grant funding correctly and how to do real social-change work with that money."

Seven Days recently spoke with Floersch by phone about her book, some common mistakes grant seekers make and the impact of her mentor, Kiritz, who died in 2006.

SEVEN DAYS: Why write a "why-to" book on grant writing?

BARBARA FLOERSCH: I have trained thousands of people, most from nonprofits of all types. And what I observed was that there were common misperceptions around grant seeking that kept the power of the work from being fully realized, that limited what they were doing. A lot of those people are being told, "Go get the money," instead of stepping back, looking at the situation and saying, "If this grant is a tool, what does the tool need to accomplish?"

There is a way of looking at grant writing that is all about change. It's not pie-in-the-sky or lofty philosophy. The reality is that the only purpose of a grant proposal is to create a partnership to make something better.

There are a whole lot of how-to books out there. I've written one, and I think it's good. But until you really understand this piece of it, you're not going to use grants work to do what can be done.

SD: How does rethinking grants work play into rethinking a post-pandemic world?

BF: This point right now is such a moment of both disappointment and reckoning, but also opportunity. So what I hope is that grant seekers and even grant makers can step away from business as usual: "I'm a nonprofit, and I need money; therefore I need a grant." I think we need to recalibrate how we think about grants.

The point is, there's so much to be done and there's never enough resources to do it. So if we really want to get serious about all the change that we can wring out of this time, then let's look at grants, as well, and how we can use them correctly.

SD: What are the biggest mistakes or misperceptions people make when they're seeking grants? 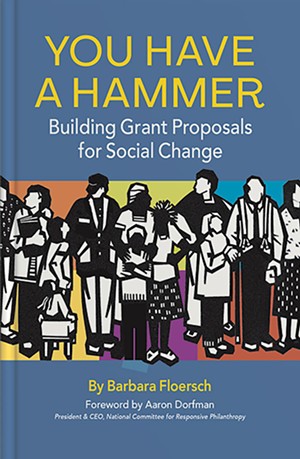 BF: The first one is that the lack of whatever it is you want to do is not the problem. So let's say you come to me and say, "I want to get a grant because there is a lack of low-income housing." Now, that's a common one, and everyone knows there's a lack of low-income housing. But what I want to hear about is, what is it in the community that concerns you? I want to hear about people who are in inadequate housing, people who are homeless because they can't get a place that they can afford, people paying 50 percent of their income on housing.

In other words, low-income housing is the solution to a need or problem. But what is the need or problem? Why do you think we need to do that? If you really want to make change, you've gotta drill down into the community, document them, talk to the people impacted. It's defining what's motivating you and engaging the people affected in finding the solutions.

SD: That seems like a tricky distinction to make.

If you look at grants as a tool for social change, you understand that the change is what everybody is after.

SD: You argue that grant seekers should see grant makers as partners.

BF: Funders are partners. Funders want to see change. The funding they provide, the grants — that's a tool to achieve the change. So you're in it together. They're not paying to do activities; they're paying you to make something better.

So this book is meant to say, "All right, people. You might be able to write a wonderful proposal that responds to the funders' guidelines and maybe bring in some money. But if you're serious about change, get serious about these pieces of the work."

SD: Norton Kiritz was your mentor. What did you learn from him?

BF: He was the father of the field. He was the only person I've ever met who had a level of dedication and understanding of what grants really are and can be. He was blazingly intelligent and ferocious. He was plainspoken, and he had a never-failing dedication to logic: If you want grant money, you need to lay out a very logical case for why and what difference it's gonna make. And if you didn't involve the people you wished to serve in trying to figure out what needed to be done, he got angry about it. It was about having a respect for your constituency: Do things with people, not to people.

And that plays very much into today, with the lack of representation for BIPOC people or any underrepresented group. You don't just go in and say, "We think this should be fixed this way" — me, white old woman. Norton was an egalitarian, and I appreciated that.