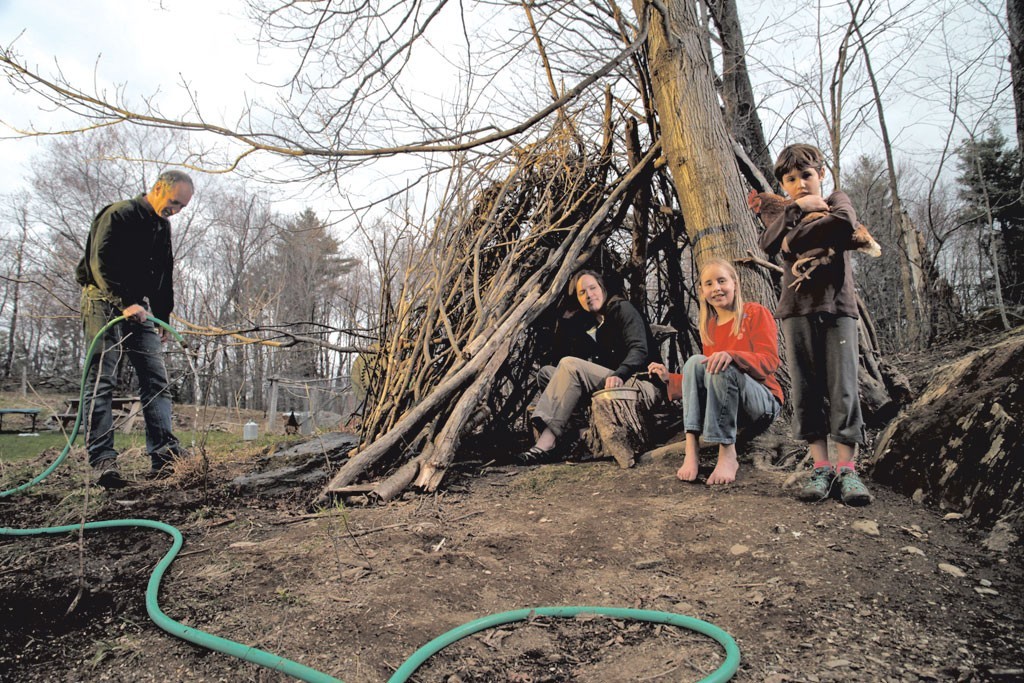 She and her 11-year old sister, Liliana, got the idea for the teepee two years ago while cleaning up their Jeffersonville yard. As their father, Silvio, leaned sticks and dead branches against a maple tree, the three of them realized he had created a cool space underneath. They used one of the tree's live branches to support even more sticks — and, later, cornstalks — until their structure was roughly seven feet tall.

The interior has been evolving ever since. A ring of rocks topped with an old camp stove is a pretend fireplace. Small tree stumps serve as kid-size seats. The girls use rocks and sticks to create shelves where they display found treasures, including century-old pieces of glass and iron gleaned from a nearby farm. Their favorite teepee item is the lump of charcoal they took from an extinguished bonfire; they use it to draw on any flat surface they can find.

Liliana and Valentina play in the teepee year-round. In summer, they while away the hours immersed in imaginative play and "searching for gold" among nearby rocks. In winter, they cover the teepee with a felt blanket for insulation.

Liliana says she likes having a space that she and her sister can use and rearrange as they please — though she's happy to share it with some of the neighborhood's smaller residents. They put the blanket over it, she explains, "so the animals could use it."