Backstory: Toughest Question I Had to Ask 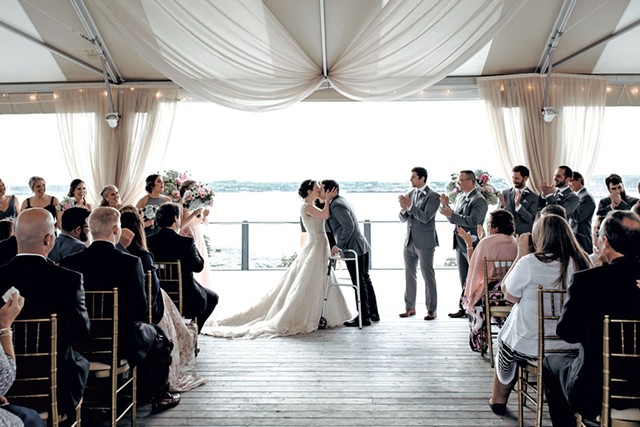 I watched Ryan McLaren heave himself from his wheelchair into the driver's seat of his car, collapse the chair and pull it inside. The laborious process left dirt marks on his pullover sweater. While he'd mastered the transfer from chair to car, he explained, he hadn't yet figured out how to avoid the wheel marks.

It was one challenge among many that 30-year-old McLaren had faced since breaking his back in a skiing accident a year earlier, which left him partially paralyzed. I was deeply impressed with the physical and emotional resilience I observed in McLaren. One year after the fall, he was back at his job with U.S. Rep. Peter Welch (D-Vt.). He had also married his college sweetheart, attorney Adrienne Shea.

I found it hard to ask about the couple's decision to go through with the wedding. Part of me worried about trespassing on deeply emotional terrain, especially when McLaren had so freely shared the details of the many physically humbling experiences he had gone through.

I thought guiltily about what I would have done in similar circumstances. Or what advice I would give my grown children.

But this wasn't my story. It was McLaren's. And in decades of reporting I've learned that some of the things I am most reluctant to ask are those that teach me the most and also tell the real, human story. So I blurted to McLaren: Did you have any doubts? Did she?

Both McLaren and his wife spoke freely about their decision to exchange vows, essentially as planned. Neither of them had wavered.

Postscript: Since the story ran, the couple bought their first house together, in Essex Junction. McLaren's rehab continues to go well. This fall he ambled his first full mile with a walker. And last week, he went a full day without his wheelchair.