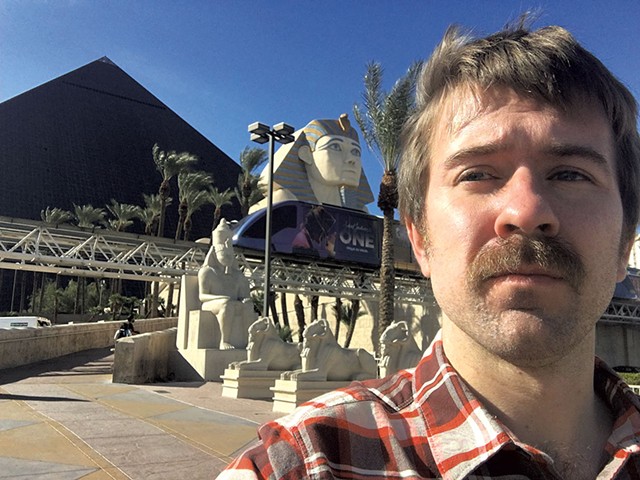 ["Bern Force One: On the Road and in the Air With Sanders," February 24]

Covering a presidential campaign is not as glamorous as it sounds, particularly when you're doing it on the cheap. From my first foray to Iowa in September 2014, I learned that reporting on Sen. Bernie Sanders' (I-Vt.) White House aspirations would involve plenty of rental-car counters, gas-station pizza and dismal motel rooms.

Over the next two years, I became a Priceline connoisseur, seeking out the best deal I could find in whatever Podunk town I found myself to cover Sanders. I learned a thing or two: If you're traveling across Wisconsin, avoid the Baraboo Campus Inn Motel. In South Carolina, the Rock Hill Howard Johnson is particularly scary. And if you're looking to stay near Philadelphia International Airport, I'd recommend the Essington Red Roof over the Motel 6.

There were a few bright spots: The Holiday Inn Des Moines-Airport, where Sanders held his caucus-night celebration, has a decent cafeteria and a luxurious — by Iowan standards, at least — indoor pool. Good thing, given that I didn't leave the place for 36 hours as I reported on Sanders' near-victory, then pulled an all-nighter writing a cover story.

No doubt the strangest place I stayed on the campaign trail was the Luxor Las Vegas. I was surprised when Priceline informed me that the famous pyramidal complex was the cheapest place on the Las Vegas Strip. I soon learned why. After 23 years in action, the Luxor's former glory had long since faded. I can still smell the sweet stench that permeated its lobby-casino — and hear the 24-hour hum of slot machines, stale music and drunks, all fully audible from my second-floor room.

Of course, everything about reporting from Vegas was bizarre — from the Nevada State Democratic Party caucus I covered inside the New York New York Hotel & Casino to the Elvis impersonator who told me he was backing Donald Trump. I even had a near-death experience when I hitched a ride to Sanders' concession speech with VTDigger.org's Jasper Craven, who blew a red light or two and drove alarmingly close to Sanders' motorcade.

At least I blended in with the crowd: Before setting out for Vegas, I shaved my beard into the sketchiest mustache I could muster — and wore a vintage pleather jacket throughout my Nevadan journey.