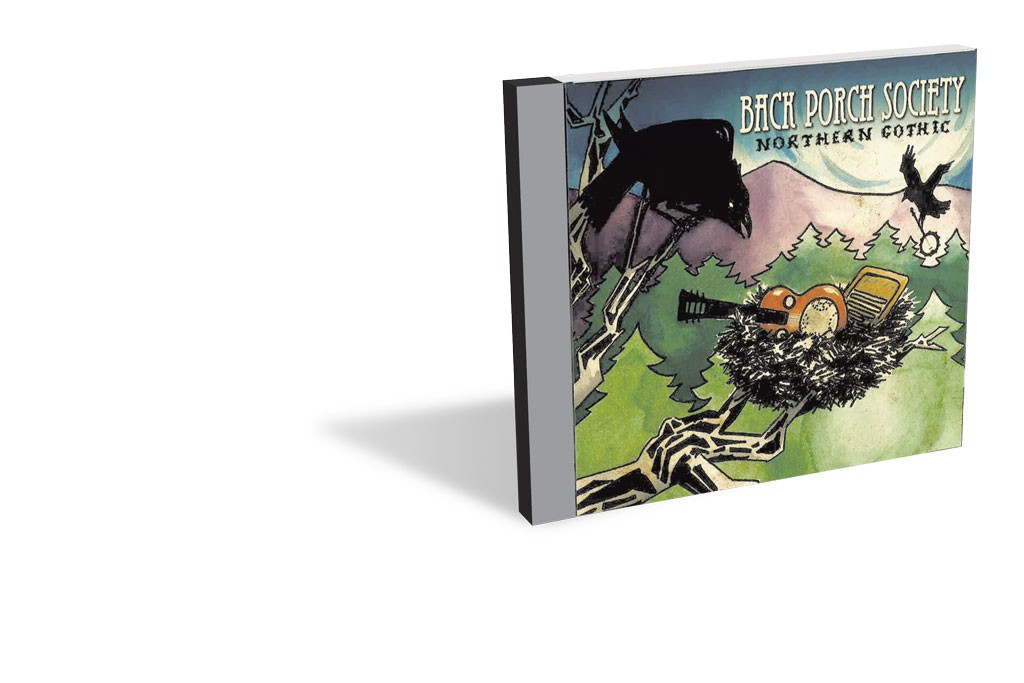 Here's a brief history lesson: In the 1830s, the United States government forcibly removed tens of thousands of Native Americans from their homes in the southeastern U.S. and moved them across the Mississippi River to the Midwest. Made to walk — repeat: walk — thousands of miles with little food, water or shelter along the way, thousands perished. This tragedy is commonly referred to as the Trail of Tears. It is one of the darkest and most deplorable acts in American history. Here's something the Trail of Tears isn't: appropriate fodder for a relationship metaphor in a gooey love song.

On "With Love," the fifth track of their debut album Northern Gothic, upstate New York's Back Porch Society appear to use the Trail of Tears as exactly that. Sings vocalist Carrie Haviland: "Just put one foot in front of the other / It's time to dry up this winding trail of tears / You know this crooked path / Has brought us to new land / Let's spin a web of love that holds both you and I here."

Given the song's earnestness, I'd like to give BPS the benefit of the doubt and assume that the band was somehow unaware of the real Trail of Tears and that those lyrics are an honest, if unfortunate and weirdly specific, mistake. At best, it's poor songwriting — not to mention a mixed metaphor with the "web of love" thing. At worst, it's an insensitive reference to a horrific event that has the added effect of staining an otherwise entertaining record.

BPS trade in a hybrid of country, bluegrass, blues and rock that, while not a groundbreaking stylistic fusion, is often lively and bears distinct personality. The album opens on the spooky "Dr. Graves." With a clean-toned tenor, guitarist and vocalist Russ Cook spools a dark yarn from the perspective of one of the titular doc's victims. It's a clever spin on the traditional murder ballad, highlighted by multi-instrumentalist Brad Hurlburt's ghostly banjo work, which forwards the record's stated gothic bent.

Cook and fellow multi-instrumentalist Haviland mostly split lead vocal duties throughout the record, with the latter stepping up on "So Long Cowboy." With a rowdy roadhouse feel courtesy of Cook's rambling electric guitar, the tune is a sharp departure from the preceding track. Haviland is at her best when belting full throttle, which she does here, taking a cheatin' heart to task with brassy swagger.

The swampy duet/lover's spat "Come On Baby" almost feels like a postscript to that tune, with Cook and Haviland trading verses and barbs over a mutually unsatisfying relationship. Moments such as these are genuinely appealing and suggest real creativity and thought. And that makes the album's low point all the more bewildering.

While BPS dabble in a variety of rootsy styles, they generally color within preexisting lines, occasionally to a fault. "Get Right Church" is one such instance: derivative gospel-blues littered with predictable lines about trains and "goin' home" — with more than a few hallelujahs thrown in, to boot. Then comes "With Love" and that appalling metaphor, making for a wince-inducing one-two punch.

Northern Gothic by Back Porch Society is available at backporchsociety.com. The band plays Radio Bean in Burlington on Wednesday, May 20.