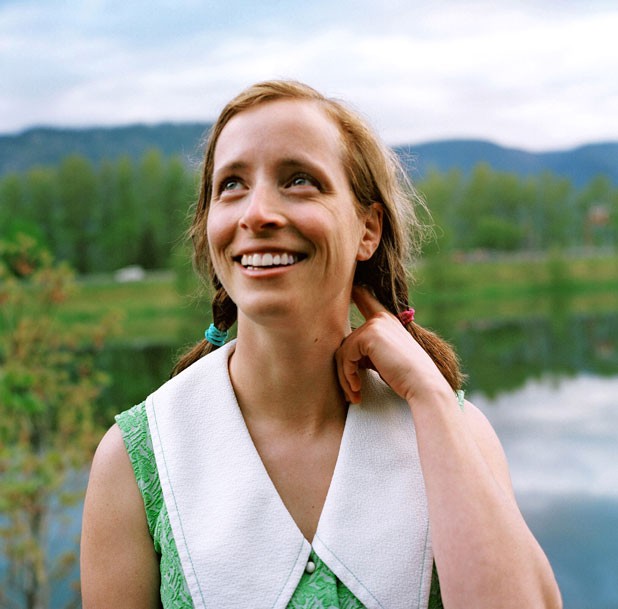 Laura Veirs must really like Burlington. When she takes the stage at the Higher Ground Showcase Lounge this Friday, it will mark the Portland, Ore,. songwriter’s third appearance here in six months. She graced the Flynn MainStage in September opening for The Decemberists, and was the supporting act for Blind Pilot at the Showcase Lounge in November. Or, put another way, Veirs has been here once for each trimester — she’ll give birth to her first child in April.

But this time around, Veirs appears as the headlining act, touring behind a marvelous new album, July Flame, which her old pal Colin Meloy of The Decemberists dubbed “the best album of 2010.” While it may be a tad early in the year to bestow that particular honor, the record has been drawing rave reviews around the globe. Paste magazine hailed it as Veirs’ finest work to date. London’s The Guardian called it “extravagantly beautiful.”

In advance of her upcoming performance, Seven Days caught up with Veirs by phone from Germany to talk about the new album, collaborating with My Morning Jacket’s Jim James and touring Europe while pregnant.

SEVEN DAYS: Your upcoming show will actually be your third in Burlington in less than half a year, but your first as a headliner. Is the pressure different touring as a headliner?

LAURA VEIRS: Typically, I’ve done headlining tours, so I’m used to it. But I’ve done opening shows here and there throughout my career. And I guess there is a different feeling when you’re opening, in that there is less expectation. So there is a little less pressure. But I don’t really think of it in those terms. It’s more like, “Here I am. I’ve got to put on a good show regardless of what the circumstances are.”

SD: And one of those circumstances is that you are seven months pregnant. How is that going, especially touring through Europe?

LV: It seems to be going well, knock on wood. I’ve already toured for about two and a half months of this pregnancy, so it’s not the newest thing. Both of the times I played before in Burlington, I was pregnant. I think the main challenge is that I’m just more tired than I usually am. But touring is tiring anyway, so it’s kind of hard to differentiate. The worst experience on this tour so far has been having no place to lie down and get my preshow pregnancy nap in Brussels. I was so exhausted I couldn’t really play the show very well. My hands wouldn’t work and I was forgetting lyrics and couldn’t sing. I guess this baby is taking a lot out of me, so I need to rest or nap before the shows in order to perform well, which I’ve never had to do before.

But in general, I would say this is the easiest of the three trimesters to tour in. The first trimester I was really, really tired. The second trimester I had this weird rib pain. So now, this one, I just feel a little bit tired, and little bit heavy. I’m getting more whale-like, but I’m not feeling any aches or pains.

SD: You worked with Jim James on this album. Tell me about that experience.

LV: It was fun. He is such a great singer and it was a special treat to have him come over … I mean, we made the record at our house. So having him sing in the living room was really fun. He’s become a friend of ours. It was just very casual and nice. He’s just so skilled with his voice and he can do so many neat things with it. Like, the high lonesome sound we were envisioning … but also these weird harmonic-y things. He’s really got a full range. His voice is his instrument and he can control it fully. It’s really fun to watch.

SD: You also collaborated with Karl Blau again. What is it like working with him?

LV: He is such an amazing musician. But he is also a brilliant singer, though in a different way than Jim is a brilliant singer. Karl’s voice in particular is incredible. He has such a wonderful baritone — that you can hear on “Make Something Good” — and also can hit the high notes with such clarity and soul. In Jim’s case, it was almost like he was able to make his voice into a flute, or make harmonics with it. They are both amazing singers. Also, Karl and I have been recording and touring together for almost 10 years, and I’m always impressed with his ability to come up with hooks and exciting parts on just about every instrument he gets his hands on.

SD: You recently topped Billboard’s “Best New Artist” chart. Since you’ve been performing for more than a decade, did you find that a little funny?

LV: I did find it funny, actually. But I certainly wasn’t offended in any way. I’m just happy people are finding out about this record, however they happen to.