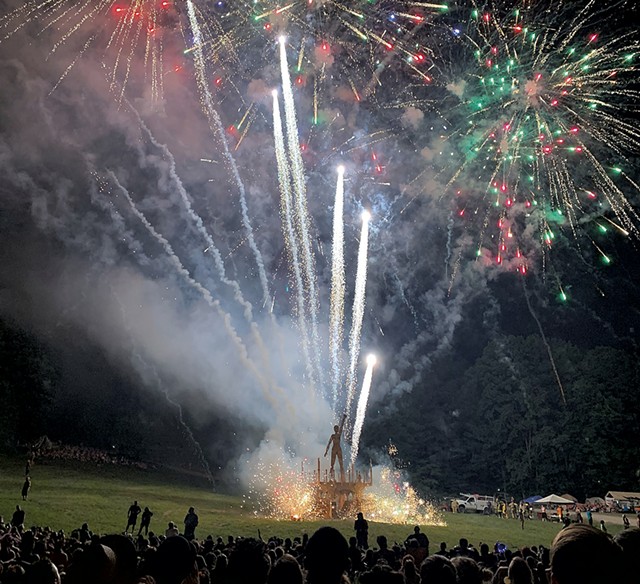 An effort to build a new childcare center in Grand Isle County will receive a little boost next month thanks to a local fireworks company.

On September 5, Green Mountain Fireworks will host a drive-in pyro-musical — a fireworks show set to tunes — in a large field off Route 2 in Alburgh. The explosive event will benefit the Alburgh Family Clubhouse, a nonprofit aiming to construct a new center for up to 40 kids on the campus of the town's K-8 school, the Alburgh Community Education Center.

The clubhouse has secured $785,000 in grants to date. But before the group can receive those funds, it must find a way to cover the rest of the anticipated $1 million cost. That's a monumental task in a town of about 2,000 people, said Gina Lewis, vice president of the nonprofit's board.

By contrast, the local library, which Lewis directs, runs an annual budget of just $15,000.

Though the show's tickets aren't cheap — $100 per vehicle — the first $10,000 raised would go directly to the clubhouse; any further profits would be split evenly with the fireworks company. If organizers can meet their initial goal of selling 200 tickets, it would bring in $15,000 toward the center's construction, "which would be huge for us," Lewis said.

While Green Mountain Fireworks owner Matthew Lavigne hopes to recoup some of his anticipated $70,000 in costs, he said his main goal is to help out the community. He recently learned about the clubhouse while struggling to find childcare for his 2-year-old.

"As a business, we really try to give back," he said.

There is one other motivation: that of the artist. Lavigne designed both the fireworks and the coinciding musical score, which will be broadcast through an FM radio signal so that attendees can listen in their cars.