Sigh. I'm starting this week with a little bit of housekeeping. Last Friday, New York City ensemble the Queen's Cartoonists were meant to play a show at the Shelburne Museum. But the dang rain and frigid temperature meant an outdoor, socially distant show was just not possible. However, as promised by the Flynn, who presented the show, the animation-obsessed sextet will return in the spring of 2021.

This is good news for anyone who wasn't able to get a ticket. The show, which had a fairly limited capacity, sold out ahead of time. Maybe by next spring we won't have to put such harsh restrictions on audience size. In any case, definitely check out the Q&A with bandleader Joel Pierson that ran in last week's music section, because the Queen's Cartoonists are the shit, and you should get to know them before they descend upon us next year. 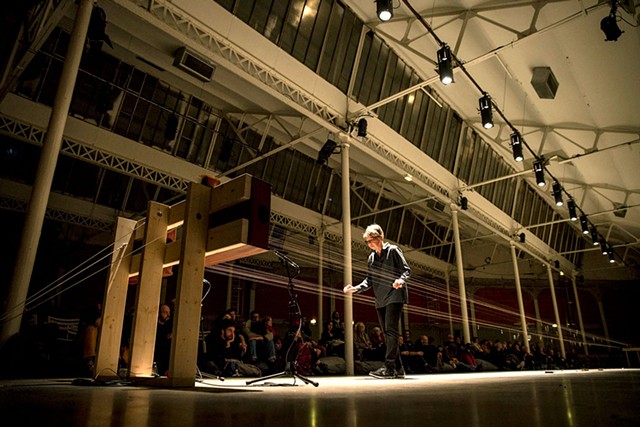 Two weeks ago, I started a new series in this column focusing on local record stores. Other than the fact that I just like vinyl a whole damn lot and I want people to patronize our local shops, I'm putting a focus on record stores because, once upon a time, they used to get love in this paper on a weekly basis in the form of sales charts. But we stopped doing that in the mid- to late aughts, because CD sales weren't exactly a thing worthy of consideration at the time. Thanks a lot, iTunes. Little did we know, vinyl was poised to make a serious comeback over the next decade.

This week's featured record shop is Winooski's Autumn Records, which arrived on the circle a little more than three years ago. Before opening the store, proprietor Greg Davis was known locally as the grand master of all things experimental, from composing and recording his own work to bolstering the music of other avant-garde artists to curating a free event series called Signals. Just recently, Davis unveiled a new service called Outer Sounds Vinyl Subscription.

"Things have been pretty good for us," Davis told me on a recent visit to the shop. "I feel grateful and fortunate for that."

Like all retail businesses, Autumn Records closed in March when the shit hit the fan. The store reopened in June and, in the interim, primarily survived on online sales through vinyl marketplace Discogs.

During his downtime, Davis revamped Autumn Records' website to include a web store for the first time. It features all of the new titles currently in the shop.

"That was a lot of work," he said, gesturing at the vastness of new discs in stock. "I had to enter in manually every single new vinyl that we had."

Davis said in-store sales have been almost back to normal since reopening in June, and online sales have remained higher than normal. He noted that only a fraction of what's offered in store is available via Discogs, but some select titles are only available via the online shop, such as the more valuable and collectible titles. Or, as Davis put it, "random stuff that's expensive for some reason." (As he subsequently clarified, scarcity and demand are the main driving factors, same as in any sector. But predicting what wax will suddenly become a hot commodity is tricky.)

Outer Sounds is a niche service all about what Davis loves most: weird-ass shit. Or, as is listed on the website: ambient, drone, dub, electronics (new and old), ethnographic, krautrock, minimalism, modern composition, new age, psychedelic, spiritual and free jazz.

"It's something I've wanted to do since I opened, and I finally took the time," he said of launching the project. He used some of his Vermont Emergency Economic Recovery Grant funds to develop the service's website, which is a separate entity from the record store's site.

"There are a lot of other vinyl subscriptions services out there, and they're all pretty cool and good, but I felt like there was a niche for me to have a service that's more focused on the stuff that I love, which is ... the outer realms of the music world," Davis said.

Here's how it works: Users sign up for three months at a time and will receive one record per month by mail. Some titles might be reissued older albums, and some will be brand-new releases. Davis plans to pair each month's pick with additional web content to provide some context, including interviews with artists, people who run record labels, avid collectors or others affiliated in some way with a given month's pick.

The supplemental content will be available to anyone who visits the website, rather than be exclusively for subscribers. That's a smart move, in my opinion, because people who are on the fence about subscribing could be swayed to fork over their cash through compelling content. 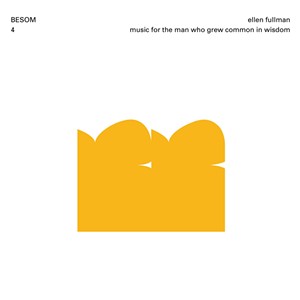 Outer Sounds' first pick, Ellen Fullman's music for the man who grew common in wisdom, will be sent out the first week of November. Davis interviewed Fullman via video chat and posted it on the service's website. I personally don't know much about her, but I'm quite intrigued by something called the Long String Instrument, which, according to Fullman's website, is "an installation of dozens of wires fifty feet or more in length" that she's been developing since the '80s. Read more about the project at ellenfullman.com.

If you recall from my interview with Xavier Jimenez, co-owner of Buch Spieler Records in Montpelier, his shop has also recently launched a vinyl subscription service. But Buch Spieler's and Davis' services are completely different. Davis is peddling only new vinyl and acting as a true curator, while Jimenez and business partner Knayte Lander are pushing new and used titles and attempting to be something like a human Pandora. Tell the Capital City music heads what kind of stuff you're into, and they'll take a stab at something from their stock that they think you'll like.

Of course, I couldn't leave Autumn Records without finding out what titles have sold well recently — and picking up a little something for myself. (I snagged Sweat, the debut from synth-funk party starters the System. Steam whistle sound!) Unsurprisingly, Fiona Apple's Fetch the Bolt Cutters and Bob Dylan's Rough and Rowdy Ways were hot sellers over the summer.

I'll continue my foray into local record shops in the weeks to come. In the meantime, get out there and buy some damn records!

LA Priest, "What Do You See"