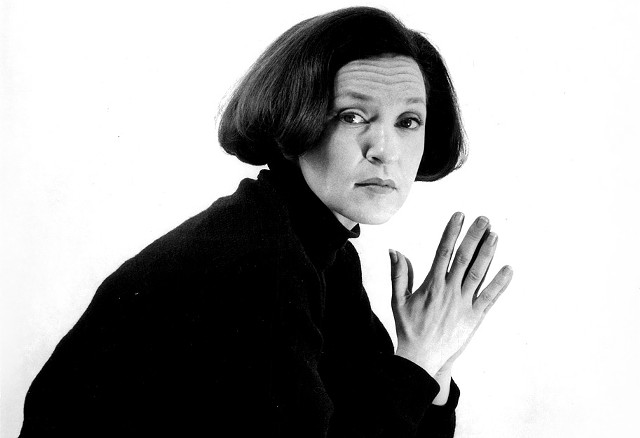 Tacked to the community bulletin board at Montpelier's Pioneer Apartments is a poster advertising a book called The Button Thief of East 14th Street. Just down the hall, the same flier is taped to the front door of apartment 103 — the home of Fay Webern, the button thief herself. Subtitled Scenes From a Life on the Lower East Side 1927-1957, Webern's recently released memoir — or "novelistic nonfiction," as she calls it — shimmers with love for the place where she came of age, the Lavanburg Homes community in New York City.

"It was a beautiful way to grow up," Webern, now 89, recalled at her apartment. But the book opens even before her birth with the story of her real name, FeygaPinya. When Webern's mother was a child in Kovel, Russia, her newlywed cousins — Feyga and Pinya — were brutally murdered for publically espousing socialist ideas. Fearing the couple's names would bring bad luck, family members didn't use them — until Webern was born.

This first of 42 vignettes also tells how Webern's mother, nine months pregnant with the author — the last of four children — finagled one of the 112 apartment units in the soon-to-open Lavanburg Homes. The building on Goerck Street, Webern explained, was founded on the utopian ideal of creating a self-supporting community for low-income working families.

With her huge belly, Webern's mother found out where building developer and benefactor Fred L. Lavanburg lived and rang his doorbell, Webern writes. Denied a meeting, she sat on the ground outside and declared, "If I can't raise this baby in a clean and decent home, I will have it right here on the sidewalk and leave it with you."

The ploy worked. Webern's family moved into the building in December 1927. The stories she tells conjure layered and beautiful scenes of her youth, starting from her earliest memories and spanning her adult life. Webern communicates her recollections with love and frankness, using economical prose that is matter-of-fact and often humorous.

"I actually see the scenes before me," she said. "It's like I'm watching a movie, and I just write down what I see."

What Webern sees, among many other things, are scenes of her mother laying down newspaper to protect the apartment floors and the family doing a mad dash to stuff them in the dumbwaiter when company arrived. She remembers a Depression-era "Hooverville" erected overnight on the Manhattan shore; women emptying bags of sequins like confetti out the window on May Day; an auditorium crowd erupting in cheers when she, a girl, tied a boy for highest IQ (168) in the class. Other vignettes describe her father scarfing down his dinner before rushing out to a garment workers' union meeting, or Webern snitching black-velvet buttons for her sister Ruthie's dress.

"I feel responsible for passing [the stories of Lavanburg] on," Webern said, "because it was so successful ... especially now that we don't know where our government is going." The Button Thief takes the young Webern's political consciousness virtually for granted. Asked about her coming-of-age in that arena, she said, "Of course I was as radical as could be."

The world around her fostered those beliefs. In chapter 22, "Dance Lessons," Webern relates her first dance classes, taught at Lavanburg by a black-caped modern dancer named Beatrice Baronofsky, or Miss Bea. The group's first performance was set to the poem "Caliban in the Coal Mines" by Louis Untermeyer. Miss Bea explained to the girls that the poem's "handful of stars" referred to the union organizers helping miners to strike.

In the book's namesake story, Webern writes, "Students were not allowed to reserve books, but one of the librarians, Miss Adler, made an exception for me ... ever since I asked her who's Karl Marx." Adler directed the young Webern to The Intelligent Woman's Guide to Socialism and Capitalism, in which playwright George Bernard Shaw espouses the tenets of Fabian socialism, a British strain of democratic socialism. Webern still considers herself a Fabian socialist and keeps a copy of the book in her apartment to this day.

"I couldn't bear to be a communist," Webern remembered, "because I wouldn't call a worker a proletarian — I hated their language."

She's not one to be pigeonholed: "I don't live by rules," Webern declared. "I live by what I see and what I feel and what I know."

Webern married in 1948 and gave birth to one daughter, MarthaLeah Chaiken. The author had a lifelong career in science writing, becoming copy chief at Scientific American and then senior editor of the Encyclopedia Britannica yearbook on medical developments and college textbooks. Webern credits her editorial profession with preparing her to write The Button Thief's stories with careful precision.

She also had critical guidance from writer and teacher Tyler C. Gore of New York's Gotham Writers Workshop. "Tyler Gore is a saint to me," Webern said. Before she relocated to Montpelier in 2002, Gore encouraged her to read selections from her manuscript at the renowned Knitting Factory, then located in Tribeca.*

Webern moved to Vermont in reaction to the changes wrought in New York by 9/11, she said, and her own increasingly hampered mobility. Her daughter had attended the Putney School, leaving Webern with fond memories of the state.

In 2003, she became friends with Peg Tassey, her hairdresser, and shared the first chapter of the Button Thief manuscript with her. "I was just blown away," Tassey said, adding that Webern's work reminds her in some ways of Ernest Hemingway's A Moveable Feast. Tassey, who's also a local musician, began to record Webern's readings and post them to YouTube. She encouraged Webern to publish, which she finally did this fall, and now helps promote the work.

The book "started as a commemoration of the lost streets," Webern said. Donated to the city in 1956, Lavanburg was repurposed as temporary housing. At the same time, other neighborhood buildings underwent demolition. Webern relates this end of an era in sparse words that convey restrained heartache. "Even the once-immortal corner lamp post," she writes, "was severed from its electric-cable roots and dragged away to a New Jersey dump."

In Montpelier, Webern's subsidized apartment building sometimes recalls those days gone by, she said, by affording her the opportunity to get to know people she might not encounter otherwise. "I have a lot of fun here," Webern reported. "It's a tiny bit of what I was used to in Lavanburg."

*Correction, December 9, 2016: This story was updated to clarify the location of the Knitting Factory during the time Fay read selections from her manuscript there.

The original print version of this article was headlined "Lost Streets"