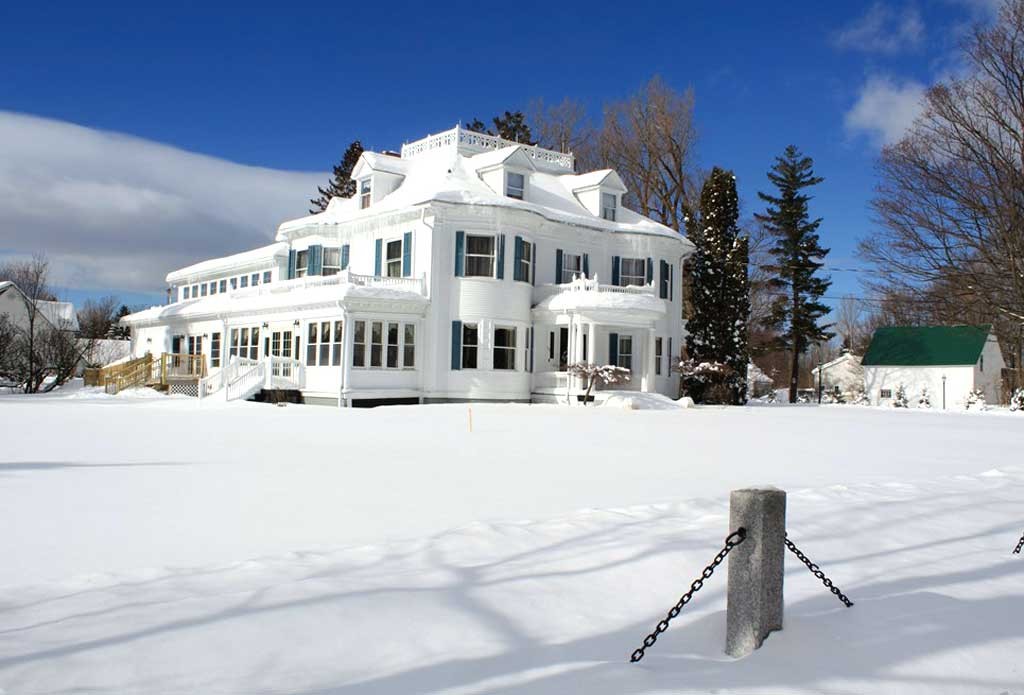 Get ready for schnitzel, sauerbraten and Hungarian goulash poutine. Austrian chef Fritz Halbedl has hit the Vermont-Québec border. He and his wife, Paula, aim to open Derby Line Village Inn in two weeks, after six months of remodeling the 120-year-old bed and breakfast. Its restaurant will be a showcase for Halbedl's well-practiced native cuisine.

Most recently, Halbedl spent 14 years at Royal Caribbean International, where he was named the first senior executive chef of the entire fleet. In his earlier years, he cooked across Austria, Germany, Switzerland and Saudi Arabia before heading to the New York and Connecticut suburbs in the 1980s.

The food in Derby Line will be notably less rarified than that of the Michelin-starred restaurants where Halbedl learned his craft, but he says he'll bring the techniques he acquired over his 30-year career to the Northeast Kingdom. He spared no expense, making sure that his kitchen includes "pretty much every cooking tool except sous-vide."

Given Austria's central location in Europe, the cuisine overlaps with that of many neighboring countries, Halbedl says. The chef plans to make his own pasta, in addition to dinner-size versions of the meaty dishes already mentioned. "You've gotta have sausage," he adds — including house-smoked, from-scratch bratwurst and knockwurst.

Halbedl was trained in an Escoffier-style brigade system, he says, and considers it of utmost importance to offer internships to young chefs. When the inn opens, two students will be on board, learning to make apple strudel, Black Forest cake and soufflé.

The original print version of this article was headlined "Savoring Styria"