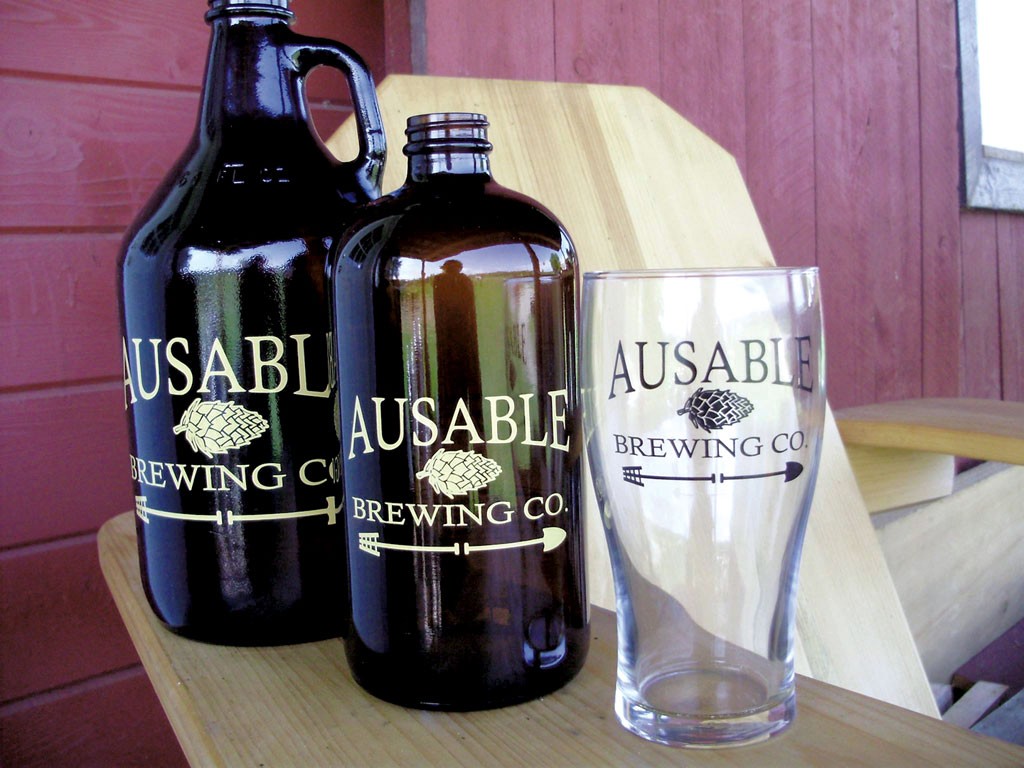 On Labor Day weekend, brothers Dan and Dylan Badger quietly threw open the doors to Ausable Brewing Company in Keeseville, N.Y. Situated a quick, four-mile bike ride from the Port Kent Ferry, the brewery shares a stretch of road with a dairy farm and creamery, an organic grass-fed meat operation, and a vegetable farm.

The brothers are starting small, brewing four flagship beers, several seasonals and one-offs (last weekend, they served a sour-cranberry Brettanomyces brew) and two sodas on a tiny, three-quarter barrel system. But Dan Badger brings hard-hitting beer experience to Mace Chasm Road. After completing the brewmaster program at the University at California, Davis, Dan spent time at California's Mammoth Brewing before returning to Vermont, where he worked for a year at Long Trail Brewing.

So the Ausable stable naturally includes a big, California-style IPA. Called Face Cord, the beer packs 6.7 percent ABV and is just brimming with hops. It was named for the term for a half-load of firewood; later on, the Badgers plan to brew a Full Cord double IPA. Face Cord is on draft with Jungle Hustler, a strong, hoppy red ale, malty in body and bitter with aromatic Cascade hops.

Along with these big, heady beers, Ausable is brewing two lighter session beers. "A lot of people around here are just getting into [craft beer]," Dylan says, "so we wanted to have two [regular] beers that are really approachable." North Country Common is a smooth, easy-drinking, malty brew, while Plowman's Lunch is a light, bitter beer, made with New York rye, that Dylan says straddles the line between German pilsner and American pale ale.

Teetotalers can sip ginger or root beer, brewed with locally grown ginger and wild sarsaparilla and burdock root, wild-foraged in the area.

In keeping with the local focus, Ausable beer is only available at the brewery. Swing by on Thursday or Saturday afternoons for tasting flights, pints and growlers. "We're not looking to getting a bottle operation until we expand, years down the road," Dylan says. Besides, he adds, "We're not really producing enough beer to bottle." And that's the plan. "Our business model is to be as low impact as possible," Dylan says. "We don't want to be shipping our beer everywhere."

Plus, the brothers are confident that brewheads will make the trip. "The thing about a brewery," Dylan says, "is that people will travel for beer." He's hoping visitors will sample the rest of the local bounty: the Mace Chasm Farm food truck is set to frequent the brewery. Dylan has an agriculture degree from the University of Vermont, and in addition to working their own land, the Badgers plan to root Ausable Brewing in the local ag community, sourcing from and working with neighboring farms whenever they can.

"On this road alone there are four farms, and we're all friends," Dylan says. Opening a brewery is a way to share it all with locals and visitors alike. "We want people to enjoy what we have to offer," he adds, "which is just this whole incredible scene here."

The original print version of this article was headlined "Brothers' Brew"