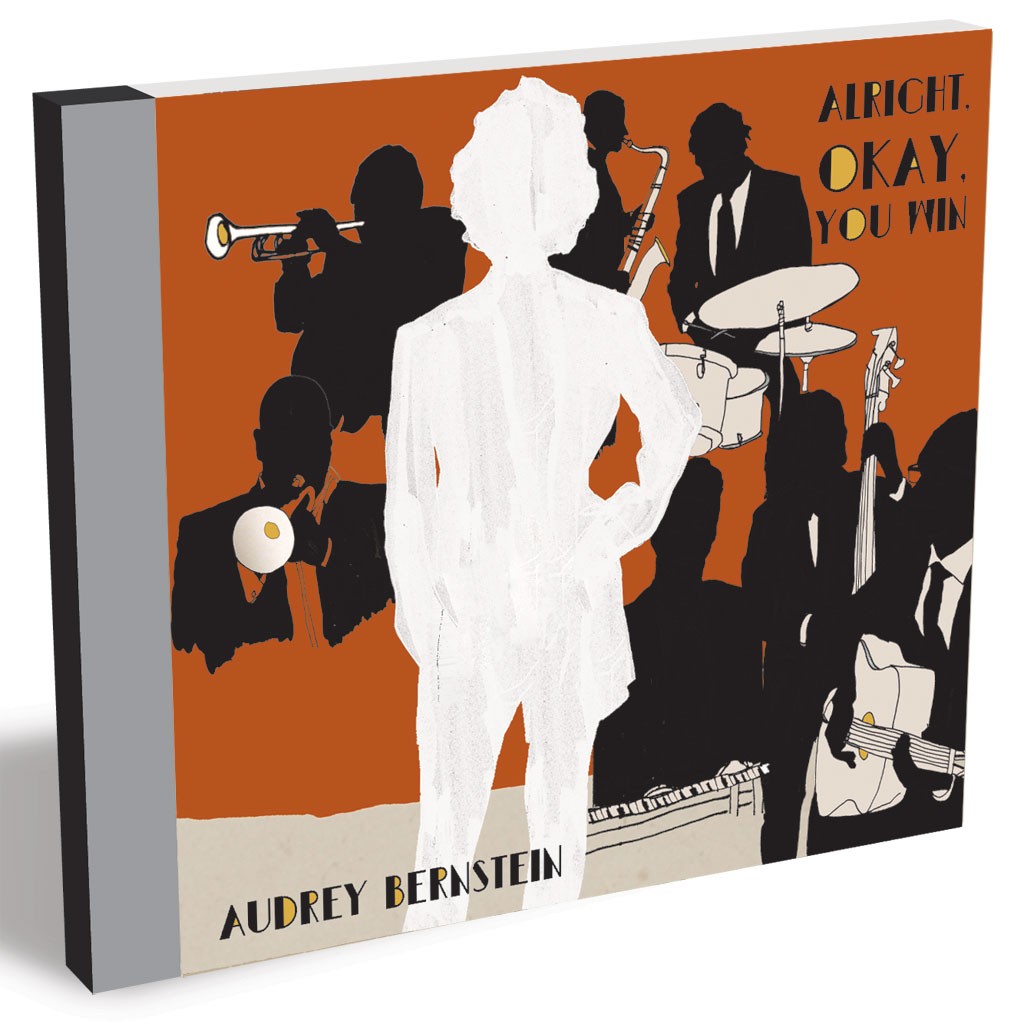 Audrey Bernstein's new album, Alright, OK, You Win, is like that out-of-focus camera shot in a movie with a late-night jazz club scene. There's a slow pan over shimmering blue velvet curtains that swaddle a smoky stage where a beautiful, dreamlike figure stands. She occupies a sparkling, shapely dress. It's alluring, but maybe a little too familiar. Almost every song from the band onstage is a jazz standard following arrangements you've probably heard before.

Bernstein's sophomore record is a follow-up to her 2013 debut, Audrey Bernstein Loves Blue. Like that album, Bernstein's latest leans heavily on classic material from the American Songbook. Though not a revelation in the vocal jazz canon, the album is sonically pleasing and harks to a classic sound. Texture and dynamics are the success story here.

Bernstein comes out swingin' on the album's punchy opener, "Too Close for Comfort," before settling into a sultry take on "Comes Love" that would be right at home after midnight at the Blue Note. Bernstein's voice ranges from hi-hat sharp to crushed-velour soft. Each cut showcases her delicate mastery of tone.

While Bernstein is the centerpiece of the album, the standout tracks are those in which her band of local jazz virtuosos gets some time to shine. For example, "Deed I Do," in which Michael Zsoldos belts out a sassy sax solo amid the rhythm jungle of percussionist Geza Carr's bebop drum work. Fleshing out the ensemble are veteran Vermont players Tom Cleary (piano), Joe Capps (guitar), John Rivers (bass), Joey Sommerville (trumpet) and Ray Vega (trumpet).

Despite the depth of vocal detail and the stellar backing band, the album's all-too-familiar vibe might let some listeners disengage too easily. The pacing is predictable: more or less an upbeat number followed by a low-key, down-tempo track. While Bernstein displays a broad range, the song order does little to break that repetition. The slower numbers are enjoyable individually, but in the larger context of the album many are indistinguishable from each other. They blend together in a sea of sparkling piano spritzing and upright bass meandering.

Alright, OK, You Win could find its niche as the soundtrack to cocktail hour at a chic bar or a sophisticated dinner party. That's not a condemnation. Different environments and atmospheres call for different music, and jazz is one of the most versatile genres to exemplify this. Sometimes you need Duke Ellington demanding all the attention in the room. Sometimes you need Audrey Bernstein to gently cascade in the background as the martinis are stirred.

Audrey Bernstein performs a release show for Alright, OK, You Win at Juniper, Hotel Vermont, in Burlington on Thursday, June 11. The album will then be available at audreybernsteinjazz.com.

This review has been edited to reflect that saxophonist Michael Zsoldos played the solo on "Deed I Do."