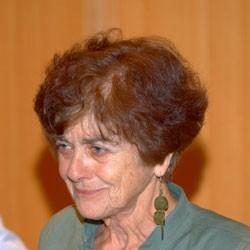 Back when the federal government was actually trying to reduce poverty in the United States, Frances Fox Piven was well known among progressives as a social theorist and advocate for economic justice. Along with her husband, Richard Cloward (who died in 2001), Piven wrote two books that powerfully influenced public discourse on poverty: Regulating the Poor: The Functions of Public Welfare (1971, updated 1993) and Poor People’s Movements: Why They Succeed and How They Fail (1977).

Both books developed what had come to be known as the Cloward-Piven strategy. In an article published in the Nation magazine in 1966, the pair had argued for a grassroots drive to increase enrollment in welfare programs — to the point where the system would break down and force the adoption of radical reforms, including a guaranteed minimum income for all Americans.

Critics called it a wrongheaded approach that promoted an ethic of dependency and that helped push New York City’s liberal local government into bankruptcy.

Piven, now 79 and still a political science and sociology professor at the City University of New York, has also focused her writings and activism on efforts to increase voter registration and turnout, especially among poor people. Her long record of left-wing advocacy led hard-right hack Glenn Beck to launch a series of attacks on Piven last year. Beck caricatured her as a violent revolutionary and mastermind of a leftist conspiracy to elect Obama, institute national health care and trigger the Great Recession.

Seven Days spoke with Piven by phone in advance of her Will Miller Social Justice Lecture at the University of Vermont on Thursday, April 12.

SEVEN DAYS: A lot has changed in American society since the 1970s when you wrote your books about poverty. Has any of that caused you to change your analysis?

FRANCES FOX PIVEN: No, I haven reshaped my analysis. What is different, though, is that our work in the ’70s was premised on the view that American elites were rooted in national institutions. We assumed that their wealth depended on their rule over those institutions. We believed they would try to reproduce those institutions and would therefore have long-term perspectives. I’m less certain about that now.

SD: Why do you think that’s happened?

FFP: Many of the top decision makers in this country are CEOs, and they move around a lot. They may not even be living in this country. Their focus is on the bottom line rather than on the stability of the corporations they run.

SD: Does this shortsightedness explain the right-wing radicalization of the Republican Party? I have a friend who says Republicans hate their grandchildren. Climate-change denial is an example of that, right?

FFP: Yes, climate change is a good example. But in addition to maybe hating their grandchildren, Republican radicalization is the result of the party harnessing a populist base — from the John Birch Society in the ’50s and ’60s to the militias in the ’90s to the Tea Party today. Now they’re stuck with all that in the Republican campaign for the presidential nomination. It’s been a disaster for them.

The big-money interests that feed the party are aghast because the party’s members in Congress are voting against what big business needs.

SD: Do you think the Republicans have moved so far right that they’ve become unelectable at the White House level, even if they nominate Mitt Romney?

FFP: Yes, I do think so. But in a certain way that’s not so great, because Obama will roll into a second term and not feel a need to act differently than in his first term.

SD: There are those who suggest Obama will feel less politically constrained in a second term and will let out his inner progressive.

FFP: Maybe. The way he runs in a campaign, he does sound like a liberal. Maybe he really is a liberal. We’ll see.

SD: You’re coming to UVM to talk about the future of the Occupy movement. What do you say to the proposition that if the movement doesn’t have visible leaders it can never be effective?

FFP: The Occupy people have a big emotional investment in what they call direct democracy. I’ve been through that with a lot of movements over the years, and I just don’t have the patience for it.

I don’t think they’ll be able to maintain that kind of internal process as they move out to engage students, the residents of foreclosed homes and the working poor.

I saw something dimly reflective of Occupy’s approach in the community organizing of the ’60 and ’70s. It was fake a lot of the time — this claim that the participants are the leaders. On the sidelines you could see the people who really were the leaders.

SD: Are you going to tell Occupy Burlington that?

FFP: I don’t preach. I will say that Occupy protests fall into the tradition of American protest, beginning with the Revolutionary War.

The poor farmers, artisans and laborers who rose up and made that revolution had demands different from those of the Founding Fathers, who wanted to change the rules so as to benefit banking and commerce.

On the other hand, the people who actually fought the war had been seized by a vision of radical democracy. They wanted all decisions to be made by a unicameral legislature, without an upper house that would depend on property. They wanted their representatives to be close to home and to be able to deselect them every year.

SD: Why were you singled out for attack by Glenn Beck? Until then you were a fairly obscure left-wing social scientist.

FFP: I can’t prove it, but I think it was because a handful of leftist intellectuals from the ’70s who paid attention to what Richard and I were writing went on to become conservatives. They crossed over to the right.

In short, the people who became conservatives were infuriated with the black freedom movement, and they saw us as outside agitators spurring on that movement. Rudy Giuliani gave a speech naming Richard and me as having been responsible for the New York City fiscal crisis.

All of this got taken to Glenn Beck.

SD: But Beck’s star is falling, right? He’s not still after you, is he?

FFP: Oh, yes, he is through his blog, the Blaze. I still get death threats from some of the people who read that stuff.

SD: That must be pretty frightening. But at the same time, maybe you agree there’s no such thing as bad publicity — that Beck has actually helped you get your message back out.

FFP: It helps to have a little megaphone that I use to fight back with.

SD: Back to the history of poverty in the United States. Isn’t it true that the poverty rate is much lower now than in the 1960s? That real gains have been made?

FFP: No, it’s not true. Meager gains were made in the ’60s and ’70s, but then the poverty rate began to creep back up. In the ’90s there was literally a reversal of those gains as we saw the government eliminate the main cash-assistance program, Aid to Families with Dependent Children. In the past decade, the poverty rate has increased further, certainly with the onset of the Great Recession.

SD: OK, but don’t you agree there’s been a major improvement in race relations in this country? And that there’s now a large black middle class that didn’t exist 40 years ago?

FFP: Yes, on both counts. We can see it in the case of Trayvon Martin. I don’t think the degree of white American outrage at what happened would have been nearly as great 40 years ago.

SD: So are you generally hopeful about the country’s future? Do you think Occupy will make a big difference?

FFP: Our only hope is that there will be enough resistance, enough defiance, enough trouble from the bottom of society to change the course of American politics. It might not happen. And the elites might not pay attention. As I said, they don’t have much of a stake in the institutions anymore.

Fifty years ago, the solution almost everyone agreed on was the need for more jobs. It’s not that way now. Today, the solution is incarceration. Even though it’s more expensive to put someone in jail than to give that person a job, there’s a huge investment of interests in incarceration. A lot of powerful forces want there to be more and more prisons.

I do have a lot of hope for Occupy, though. I’ll be excited to see it in all its varieties as it moves into the universities and into the neighborhoods. It’s our main hope, really.

FFP: I’ve never stayed in Vermont long enough to become familiar with it. Bernie — it’s great to have him. He’s the only one in Congress who’s clear on a lot of points and who maintains his footing.