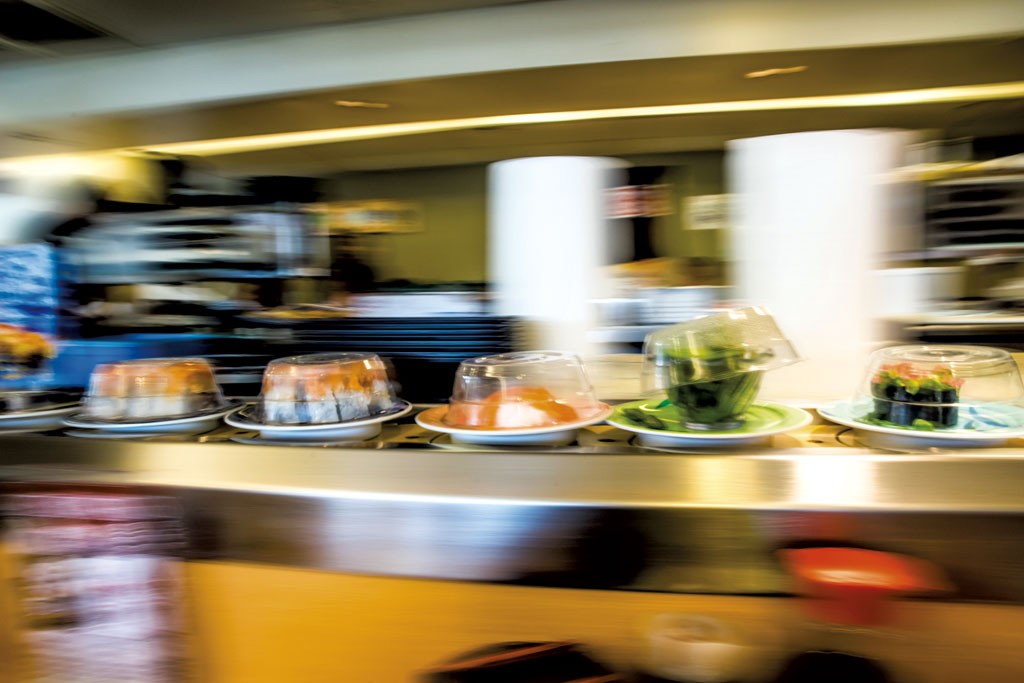 Rumors of Asiana Noodle Shop's demise have been greatly exaggerated. Panic started among pan-Asian food lovers when an April 10 Burlington Free Press article stated that owner Sandy Kong would close her Church Street restaurant to open A Cuisine, a new restaurant in the Burlington Town Center.

"I'm not closing!" Kong tells Seven Days, adding that her landlord and regulars were blindsided by the article. Instead, her new restaurant will complement the 6-year-old Noodle Shop.

With that out of the way, Kong describes what diners can expect of A Cuisine. The restaurant will introduce conveyor-belt sushi to Vermont. "It's pretty popular in Japan already, but in the U.S., it's a new idea," Kong says. She presented several possible ideas to mall owner Don Sinex, who chose the conveyor-belt concept.

Most of the sushi rolls and nigiri will differ from those available at the Noodle Shop in being "more bite size," says Kong. Not exclusively a sushi outlet, A Cuisine will serve other dishes such as salads, noodles and dim sum. Plates will start at about $3; two or more will make a meal, Kong estimates, with most full meals ringing up as low as $10.

"My point is that it's small price, easy, convenient and no waiting," she says. "A lot of lunch people can rush in and rush out." Though the mall is pushing for a July 1 debut, Kong says A Cuisine will more likely open in mid-July or early August. The conveyor belt is still being constructed in the factory.

When that belt starts rolling, a local dessert option will be nearby. SoYo Frozen Yogurt will open in the mall by July 1, says company co-owner Hans Manske. The locavore fro-yo spot's second location (after Pine Street) will have six flavors running at all times and the same fresh toppings South End customers have grown to love.

The original print version of this article was headlined "Fishing Around"