As Full Reopening Nears, Vermont Employers Say Labor Market Is Tighter Than Ever

Five new hires at Dirt Tech, a Colchester construction company, have filled out hiring paperwork in recent weeks, been given start dates, and left with company hard hats and safety vests. Three of them haven't been seen at Dirt Tech since.

"Two didn't call us at all," said manager Lauren Weir. "One said there was a personal reason. It has baffled us to figure out why somebody would fill out all their intake paperwork and just not show up. If they wanted a hard hat, they could just ask."

For years, Vermont employers have reported difficulty in finding workers, particularly in the service and construction industries. But as businesses gear up for this summer, they say their hiring problems have worsened. A workforce shortage is being reported around the country. Thousands of people remain on unemployment as a result of COVID-19 shutdowns, fueling some of the theories for why applicants are staying away.

Mickey Wiles, who founded the Working Fields employment agency in South Burlington four years ago, thinks the federal government's enhanced unemployment benefit, which now adds $300 a week to the state benefit, is keeping people out of the workforce. For a time in 2020, that enhanced benefit was $600 a week, meaning that some unemployed people were taking home more than $1,100 a week.

With a total weekly check that still can amount to more than $800, some people just opt to stay at home, he said: "As much as we would like to believe that people don't do that, there is a certain amount of the population that is."

An estimated 30,000 people are collecting unemployment benefits each week in Vermont, up from the typical 5,000 or so at this time of year. On May 9, the state Department of Labor reinstated its requirement that claimants look for work. They must show three job-seeking contacts every time they file a weekly claim, and they aren't permitted to turn down suitable job offers while remaining on unemployment benefits.

"This is an issue that predated COVID and will be around after COVID." David Mickenberg tweet this

Employers are waiting to see whether those requirements change anything, but nobody thinks they will turn the situation around completely.

Domenic Mangano owns the Jamaica Cottage Shop, a shed and tiny-home construction company in South Londonderry. Along with the enhanced unemployment benefits, he blames the opioid crisis for keeping some working-age people at home. He also noted that the number of U.S. immigrants — authorized and not — has fallen in recent years.

"That's why I feel we are struggling to find people to drive the economy forward," Mangano said.

Some reasons aren't new, however. Policy makers cite Vermont's high housing costs, which can make it difficult for people to live near workplaces, as well as childcare and eldercare obligations.

"The reality is that this is an issue that predated COVID and will be around after COVID," said David Mickenberg, a lobbyist for Working Vermont, a coalition of public- and private-sector unions. Working Vermont supported the Democrat-backed paid family leave legislation that Gov. Phil Scott vetoed last year.

"COVID has exposed the basic fragility of our labor situation," Mickenberg said.

At Dirt Tech, Weir said the crisis-driven break from work that many people faced has caused workers to rethink their careers. "I think the pandemic caused a lot of people to reevaluate what they want to do and how they want to go about their life," she said.

To attract and retain workers, Vermont employers have raised wages and benefits and lowered some of the barriers to getting a job.

"We're starting with no experience necessary," said Mangano, who has 90 employees. "Someone straight off the street can earn $17.50 an hour. All they have to do is show us they can get to work every day." If those people work a full 40 hours per week, Mangano added, they get a dollar-per-hour attendance bonus. 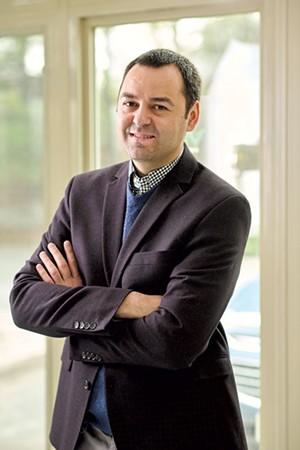 Lilian Tacovici owns the Vermont Employment Agency in South Burlington, which helps connect many New Americans with employers. He said offering flexible hours is key these days, because many are facing pandemic-related childcare issues.

Pay and perks help, too. Ben & Jerry's is offering custodial positions in Waterbury at $16 an hour. Doc Ponds restaurant in Stowe promises a $600 bonus after six months on the job. Brown Ledge Camp on Malletts Bay is hiring horse stable attendants and offering free room and board for successful candidates — and for their horses, too.

Chris Karr, who owns four restaurants in Killington, has hired a full-time recruiter to fill 19 positions. He's advertising nationally and has heard from applicants as far west as Colorado.

Karr doesn't try to compete on wages. Instead, he said, he relies on more flexible hours and the appeal of living in Vermont. Most of his positions offer a starting pay of $13.50 an hour, Karr said. With profit margins of 5 to 7 percent and food prices rising, he's had to come up with inducements such as ski passes.

"We have found over the years it's not as much driven by this wage as it is in terms of flexibility and 'What are my perks?'" he said.

Big Fatty's BBQ is offering $16 to $19 per hour at its restaurant and catering business in White River Junction — a dollar more than last summer — and has added a $501 bonus to those who stick around for three months, said owner Brandon Fox. He chose $501 because it's "a weird number, so people would look at it more."

Despite that, Fox said, a lot of applicants don't show up for scheduled interviews. Big Fatty's typically employs 20 people; he had a staff of 10 when he spoke to Seven Days. He's paying gas money for a chef who commutes from Montpelier.

Employers in Vermont and other states have been saying for years that a worker shortage is suppressing economic growth. Workers, and their advocates, have responded by pointing to pay.

"In good times and bad, there is always a chorus of employers who claim they can't find the employees they need," wrote Heidi Shierholz, a senior economist at the Economic Policy Institute in Washington, D.C. "One reason is that in a system as large and complex as the U.S. labor market, there will always be pockets of bona fide labor shortages at any given time. But a more common reason is, employers simply don't want to raise wages high enough to attract workers."

Labor advocates have fought for years in Vermont to raise the minimum wage — now $11.75 an hour — to a minimum of $15. In Chittenden County these days, most jobs start at $15 or higher, Wiles noted.

"As a business manager, my goal is to have the total payroll expense go down. As a Danforth employee and leader of a team of great people, my goal is for each individual's pay to go up," he said. "So, contradictory impulses."

International Paper's Ticonderoga mill, just across Lake Champlain in New York, has put up "help wanted" signs in Vermont that offer a starting pay of more than $18 an hour. That's not unusual.

"There is pressure on us to raise pay, but that's not to attract people — it's to not lose the people we have," Kleppner added. "We're working hard to get everyone in our plant and in our stores to $15 an hour, but we're not even there yet, much less $18 an hour."

And raising pay won't solve the problem by itself, Mickenberg believes.

"We should be looking at pursuing policies that encourage younger people to come to Vermont, and for those in Vermont to be able to work and balance the pressures of children and aging parents," he said.

With their summer on the line, employers are getting creative. When Koffee Kup Bakery closed down, neighboring employers quickly papered the door of its Burlington plant with notices of job openings at their own establishments.

"People can make a wonderful living doing a trade. You don't have to have $200,000 in college debt to still have a good job." Lauren Weir tweet this

John Schultz, who owns Super Thin Saws in Waterbury, has tried advertising in local papers, Front Porch Forum and recruiting websites. Local ads work best, he said — even if it's a sandwich board set up in front of the manufacturing company or a sign on a grocery store's bulletin board.

"People can make a wonderful living doing a trade," Weir said. "You don't have to have $200,000 in college debt to still have a good job."

The workers are there, say economists — though, in many cases, their skills don't match the job openings.

"My guess would be that you will see people coming back into the labor force, the labor market will reach equilibrium, maybe pay will go up," he said.

Powell noted that the federal unemployment supplement ends in September. "To the extent that's a factor, which is not clear, it will no longer be a factor fairly soon," he said.

"Employers post their too-low wages, can't find workers to fill jobs at that pay level, and claim they're facing a labor shortage," she wrote. "I often suggest that whenever anyone says, 'I can't find the workers I need,' she should really add, 'at the wages I want to pay.'"