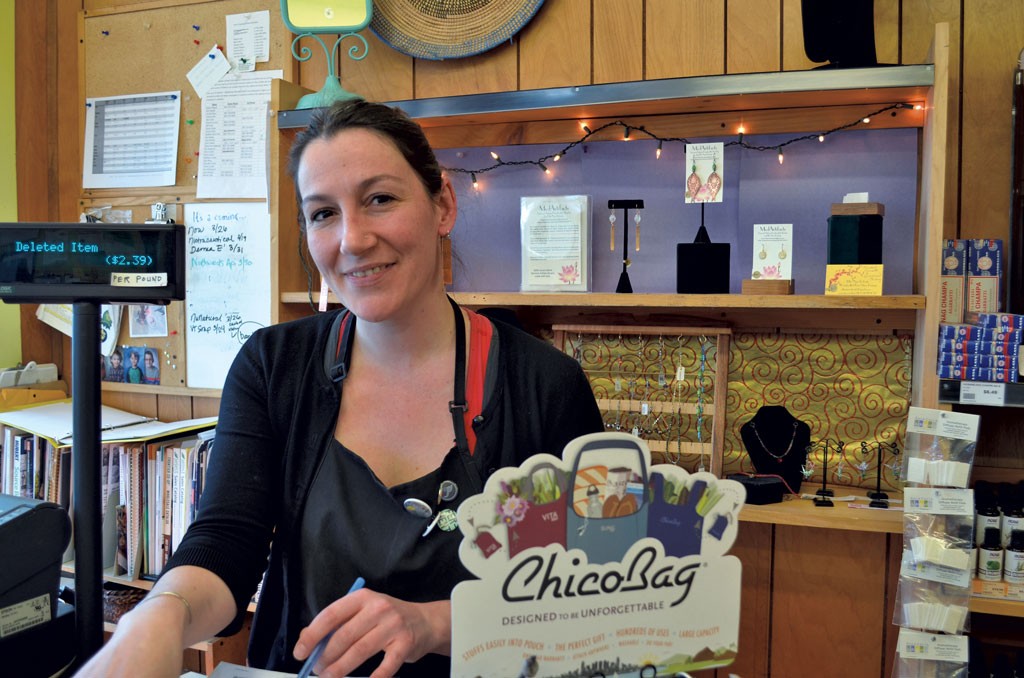 For more than a decade, Canadian customers at the Newport Natural Market and Café could buy their baguettes and organic milk with their own cash, as if they were paying with American greenbacks.

Not anymore. A bright yellow sign went up at the cash register two weeks ago announcing that the store in this border community would no longer accept the loonie, whose value — roughly equal to the U.S. dollar just a couple of years ago — has dropped to about 80 American cents.

The downtown store can't afford the perk for Canadian customers that essentially amounts to a 20 percent discount. Said manager Amrita Parry, "We were losing money at it."

The Canadian dollar hit a six-year low in March. That's a worrisome development for merchants, hoteliers and other tourist-dependent businesses across Vermont. Concern is greatest in the state's northern counties, which have traditionally had higher unemployment and long relied on Québec residents who not only vacation in the area but also pop down for lunch and weekly grocery shopping.

Newport, a quiet city of 5,000 on Lake Memphremagog, has struggled to grow jobs in a region where frost heaves seem to outnumber people. As remote as the city feels, it's just a few miles south of the Canadian province of Québec, which hosts 8.1 million residents, including 4.2 million in the Montréal area and more than 200,000 in Sherbrooke.

"We're not seeing as many tourists from Canada," said Lynne Bertrand, executive director of Vermont's North Country Chamber of Commerce. Traffic at the Newport welcome center is down, and a number of local businesses are reporting slower sales, she said.

Possibilities include new approaches to advertising or special Canadian-friendly promotions. A group of businesses may team up and agree to take the Canadian dollar at par for a day, weekend or longer.

The strategy banks on business volume making up for lower profits from accepting the Canadian dollar. It's also a matter of convenience; even during times when the loonie is stronger than the U.S. dollar, some customers still want to pay with Canadian because it spares them the hassle and fees of exchanging money.

Some businesses in Newport might not ever change their monetary policies: East Side Restaurant, for one. Ed Down of Ayer's Cliff, Canada, was there for lunch last week. He likes the fact that his Canadian dollars are treated like American ones.

"But I don't know how they can afford it," the retired schoolteacher added as he headed inside the restaurant on the shores of still-frozen Memphremagog.

Down and his wife regularly drive south to buy groceries and gas and to have lunch. The trip takes about 40 minutes, including what is usually a quick stop at the border. "The customs guys all know us," Down said.

Even with the anemic exchange rate, certain purchases are still a better deal in the U.S., according to Down. "We always buy our milk and cheese down here because Canada has a little more socialism, eh?" he joked. Gas also tends to be cheaper. "It's huge," Down said of the savings.

Other Canadians are starting to change their purchasing patterns. "A lot of the groceries I would normally buy, I don't," said Barbara Heath, a retiree from Stanstead, Québec, after shopping at a Shaw's grocery store and an adjacent Dollar Store in Derby, just outside Newport.

The drive from Stanstead takes about 15 minutes, and Heath makes regular grocery runs to Vermont. Lately, Heath said, many of her neighbors are spending "quite a bit less" in Vermont. Conversely, she's noticed more cars with Vermont license plates parked outside stores in Stanstead.

The prospect of Vermonters spending more in Canada and Canadians pulling back on Vermont trips makes tourism and economic development officials nervous well beyond Newport. Canadian business is "hugely important to Vermont," said state Tourism Commissioner Megan Smith. Vermont caters to Québécois with a French language option on the state tourism website. Some communities, including Newport, fly the Canadian flag along with the Vermont and U.S. flags, and post signs extending bienvenue — welcome.

Because tax figures run several months behind, there is no hard data yet to show how the weakening Canadian dollar is affecting revenues, Smith said. But she's watching the situation carefully and is considering a shift in advertising strategy for the summer tourism season. Vermont targets three large cities — New York, Boston and Montréal — with its marketing message. If the exchange rate remains weak, it might give the closest one a rest. "That's a conversation we're starting to have right now," Smith said.

Burlington International Airport officials are also keeping a watchful eye on the exchange rate. Boardings there are up 2 percent over last year, but the number of cars with Canadian plates in airport parking areas is down 3 to 4 percent, said Gene Richards, director of aviation.

The parking lot survey is unscientific but could be a sign that the exchange rate is squeezing Canadian travel at a time when the Burlington-owned facility wants to increase it. The airport has many Canada-friendly amenities: daily bus service to Québec, signs in French, a French language option on its website and, during ski season, a direct flight to Toronto. Richards recently visited Sherbrooke to drum up business.

Back in Newport, the bienvenue mat is out, too, and city leaders want more Canadian tourists to know. The old railroad city is trying to pull off a renaissance. An entire block of Main Street has been excavated — the future home of a new five-story brewpub, office, retail and hotel building. 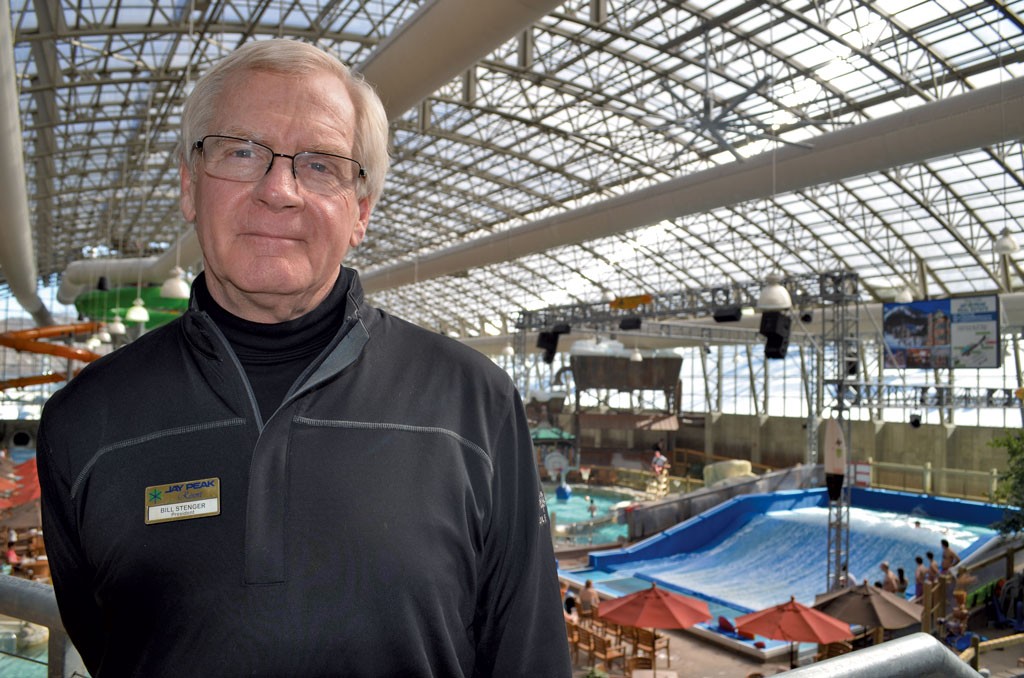 Bill Stenger, the CEO of Jay Peak Resort, is leading the hotel project and hopes to start construction by summer 2016. He's also planning to build a research park for a South Korean biotechnology company in Newport. Both projects would be funded through the federal EB-5 program, which offers permanent residency to foreign investors who commit at least $500,000 to qualifying projects in economically depressed areas. Jay Peak's expansion was funded that way. Airport and waterfront improvements are also part of Newport's EB-5-funded makeover dreams.

It hasn't all been smooth sailing. Stenger and his partners have not filed for EB-5 status on the Main Street project, and the review could take at least six months. The research park ran into trouble when state officials asked for more scrutiny over the biotech company's financials. It's now cleared most hurdles, and groundbreaking is set for May.

Bertrand, the chamber of commerce director, said Newport business owners are eager to attract some of the visitors now streaming toward Jay's ski slopes, hotels, condos and incongruous indoor waterpark.

Stenger recalled a recent meeting with Newport business leaders during which he said he shares their goal.

"We want our guests to explore down there and obviously spend money down there," Stenger said. Jay Peak is about a 35-minute drive from Newport.

About half of the visitors at Jay Peak are Canadian. The resort has long accepted Canadian dollars at par for lift tickets and takes Canadian currency for rooms as well. The deal does not extend to the resort's restaurants and stores.

The mountain advertises heavily to both the English-speaking and Francophone populations in Canada and sees upticks during popular Canadian holidays. Over the Easter weekend, 64 percent of guests were Canadian.

Stenger said many of Jay Peak's visitors are careful shoppers and if the resort did not offer lift tickets at par, a big chunk of the Canadians would ski at home. Thus far, the resort has not seen any real drop-off due to the exchange rate, according to JJ Toland, director of communication and partnerships. The resort expects to finish ahead of last year's skier visits with a total of approximately 380,000. Room occupancy is projected to finish up 5 percent.

Jay Peak's expansion in the years from 2006 to 2013 generated 1,000 jobs, $100 million in income and $5.4 million in new annual tax revenues, according to a 2014 study for the Vermont Commerce and Community Development Agency. It also made it an all-season resort that embraces area attractions. Stenger's message: "See the lake, take a boat ride, do something in town."

As for the loonie, Stenger doesn't seem too concerned. He watches the exchange rate carefully and has years of experience of conducting business through ups and downs.