Opinion: As Africans Die of Ebola, the West's Rich Get Richer 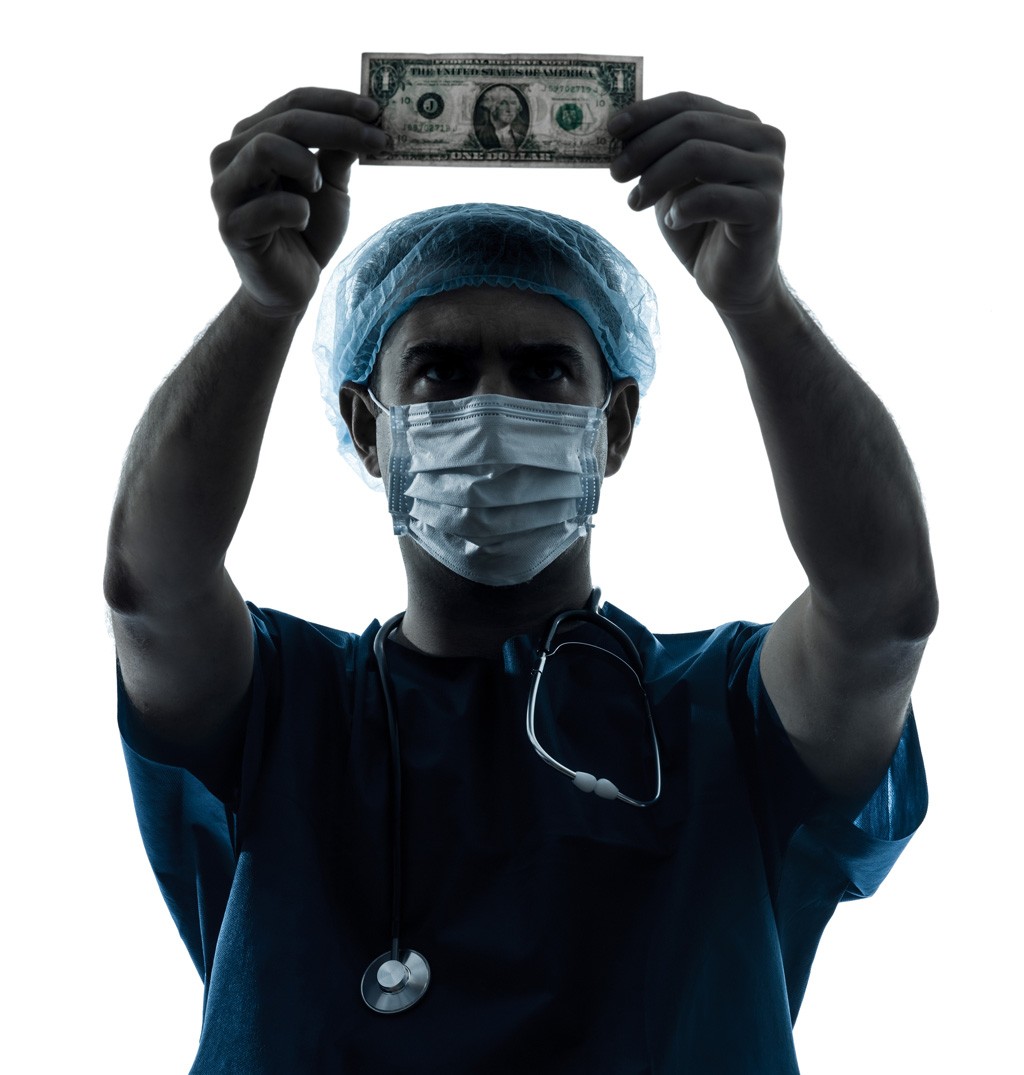 At 4:39 p.m. on Tuesday, September 30, CNBC tweeted that the Centers for Disease Control and Prevention had confirmed the United States' first diagnosed case of Ebola, in Dallas.

CDC director Thomas Frieden assured everyone that the American public health and medical systems were on the case, "stopping [the virus] in its tracks." Whatever might happen to the patient, Thomas Eric Duncan, no pandemic loomed.

For assurance, we needed only to look at the care received by the American missionaries who were flown to hospitals in this country after contracting Ebola in Liberia. At Atlanta's Emory University Hospital, for instance, a special isolation unit is fitted with such equipment as a "negative-pressure air-handling system designed to circulate the air every three minutes and prevent it from getting out" and "light-activated, hands-free sinks," according to Forbes.

In Liberia, you're lucky to get a hospital bed.

In spite of the minuscule threat posed by this one, tightly quarantined person, the media leapt to stoke hysteria. Conspiracy theories festered; political hay was made. "Why did Obama Let the Ebola Virus Into the U.S.?" challenged psycho-conservative Laura Ingraham on FOX News.

The longer this went on — the minute-to-minute updates, the playing out of every terrifying possibility — the more distasteful it became.

Local angle aside, this was no breaking story, after all. The virus had been slithering from body to body to West African body since late March. As many as 7,178 people, mostly from Liberia, Sierra Leone and Guinea, were already infected. The majority of them — 3,338 by September 28, according to the World Health Organization — had died, swiftly and with horrific suffering.

Yet on this side of the Atlantic, the media did not catch on until the summer, and then their attention waxed and waned. More importantly, few westerners besides Doctors Without Borders and a smattering of missionaries did much for the sick and dying. Not until September did the Obama administration move to lend a hand.

The shamefulness of this neglect was brought home by another news story, which happened to coincide with the CDC announcement. Last Tuesday, Forbes released its annual list of America's 400 wealthiest people.

The Forbes 400 sends one message loud and clear: The rich keep getting richer. The collective net worth of America's titans rose $270 billion, to $2.29 trillion, from 2013; while average individual worth rose to $5.7 billion — both the highest ever.

Collectively, the 400 are richer than Brazil, the sixth-largest economy on the globe.

Worldwide, a report from Oxfam shows, the 85 individuals at the top own as much as the entire bottom half of the world's population.

Data from the World Bank tell us why Liberians are dying on tarps on the ground while Americans are being cared for in super-sterile, high-tech hospital wards. Were Liberia (GDP $1.9 billion) an American individual, it would squeak into the Forbes 400 at about No. 335, next to a guy who made a bundle leasing billboard space. An average Liberian's annual income is less than $500.

The total gross domestic product of Liberia, Sierra Leone and Guinea is a bit more than $13 billion. That's about equal to the net worth of Abigail Johnson, president of Fidelity Investments, the mutual-funds giant her grandfather founded in 1946.

To be blunt, the Forbes 400 could buy the health care of every person on Earth.

Yet, as far as I can discern, only two of them are donating any amount of note to arrest the Ebola epidemic: Microsoft cofounder and chairman Bill Gates (No. 1 on the list at $81 billion) and Berkshire Hathaway's Warren Buffett (No. 2, $68.4 billion). The Bill & Melinda Gates Foundation, whose endowment draws from both the Gates and the Buffett coffers, gives away millions to improve the health of the world's poorest people. It is, for instance, targeting the "neglected infectious diseases," such as river blindness and dengue fever. Because these sicknesses affect only the most destitute, Big Pharma isn't terribly interested in them.

The Gates Foundation has committed $50 million to the Ebola epidemic. This will save lives. Perhaps this grant, and subsequent ones, will help build sturdier health care systems in places where virtually none exists. But charity will not rebalance the inequality that is killing the unfortunate — black and brown poor people, in Africa or Uzbekistan or Philadelphia — and saving the fortunate.

In its report, Oxfam warns that, "left unchecked," the effects of extreme and growing income inequality "are potentially immutable, and will lead to 'opportunity capture' — in which the lowest tax rates, the best education and the best health care are claimed by the children of the rich," for generations. The authors quote U.S. Supreme Court Justice (1916-39) Louis Brandeis: "We may have democracy, or we may have wealth concentrated in the hands of the few, but we cannot have both."

What happens if Bill Gates loses interest in Ebola or dengue fever? In other words: Should the Bill & Melinda Gates Foundation decide whether Liberians live or die?

On Tuesday, September 30, when the news came out of Dallas, those people lying on the cement floors did not seem to be paramount in the minds of the 400, or their brokers. At 4:44 p.m., five minutes after the CDC tweet, CNBC tweeted a 10 percent surge in the share prices of Tekmira Pharmaceuticals, which holds a $140 million contract with the Department of Defense to develop an Ebola drug. In after-hours trading, Sarepta Therapeutics, which is also working on a remedy, rose 8 percent. By the closing bell on Wednesday, Tekmira was up more than 18 percent. (Mapp Biopharmaceutical, manufacturer of ZMapp, the experimental anti-Ebola serum given to the missionaries, is privately held.)

Some investors had not waited for the emergence of a high-income customer base for Ebola drugs. Months earlier, hedge-fund managers had noticed that the nations most devastated by the virus abut the Ivory Coast, where most of the world's cocoa beans are grown. Making the best of a bad situation, the hedgers put their money on labor shortages inflating the price of cocoa.

As it happens, September 30 wasn't a sterling day for Bill Gates' portfolio. It lost more than half a billion dollars — 0.7 percent of his net worth — in 24 hours.

This dip did not affect the foundation grant, of course, which amounted to 10 percent of the loss. And by Friday, Gates' net worth was up $458.9 million.